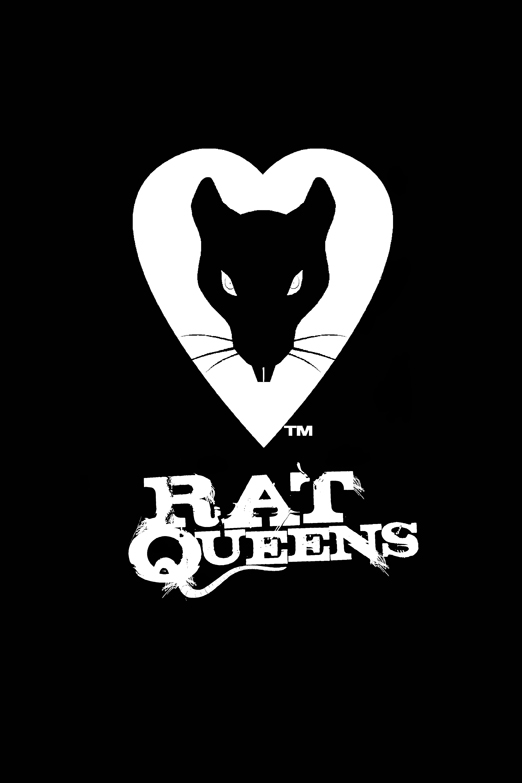 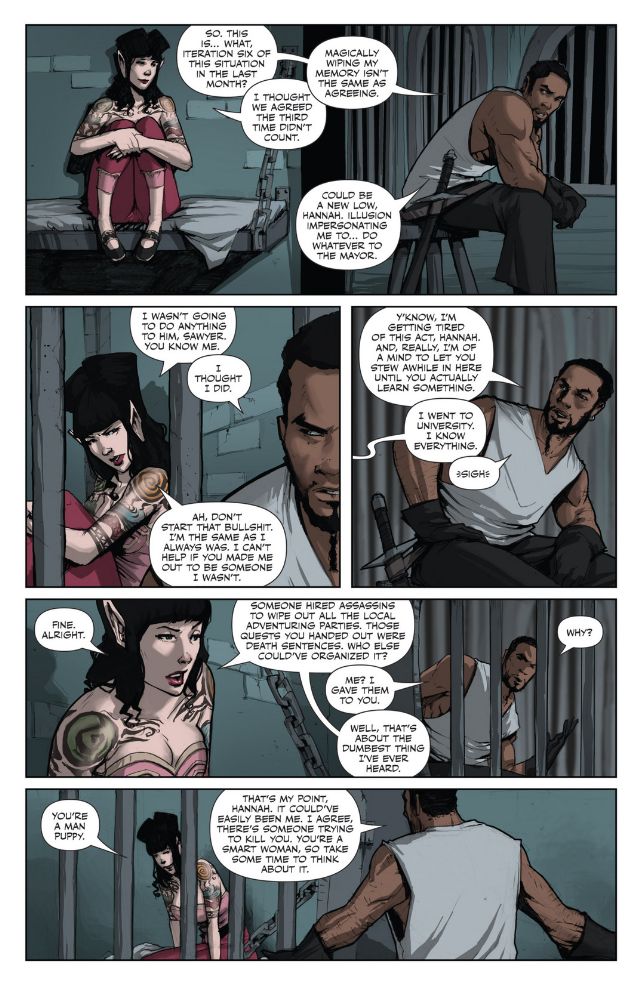 Rat Queens fans rejoice! The Bad-Ass Mamas of Mayhem are collected in one volume for your uninterrupted reading pleasure. Those who have not read Sass and Sorcery or The Far Reaching Tentacles of N’Rygoth have the pleasure of meeting Hannah, Betty, Violet, and Dee in one sitting. Created and written by Kurtis J. Wiebe, Rat Queens is kick-ass swords and sorcery mixed with HBO series Girls, a modern twist on the adventures of all-female mercenary band, the Rat Queens, who love to fight, party and earn gold as much as they love each other. With the expected fantasy elements of magic, monsters, and mayhem comes a razor-sharp wit and beautifully stylized art that keeps the focus on magic user Hannah, warrior Violet, thief Betty, and healer Dee, whose wonderfully relatable personalities reflect the life experiences of twenty-something women. Such is the popularity of the series that, since its inception in 2013, there is enough material to collect in this oversized hardcover Deluxe Edition.

The pleasantly continuous narrative sees the Queens trying to solve the mystery of who wants them dead enough to hire the deadliest assassins around, then release a horde of reality-altering monsters on their adopted town of Palisade. This makes dealing with estranged relationships and navigating the tumultuous waters of love all that more difficult. Not to mention disrupting valuable party time. The hilarious dialogue and riotous adventure is brought to life with sterling artwork by Roc Upchurch and Stjepan Sejic, simply presented and wonderfully coloured to keep it character driven. All the ladies here, from the Queens to the delightful supporting cast, look and feel like real women. Violet has a warrior’s physique, while Betty is petite and agile. Womanly in the best sense of the word. There are no ‘enhancements’ to the female body so common in comics, arguably a big part of its appeal to an ever-growing number of female fans.

Orc maiden Braga’s origin is explored in a chapter not included in the paperback collections. ‘Once Prince, Now Bastard’ is written by Wiebe, pencilled by Tess Fowler, and coloured by Kelly Fitzpatrick. This has a grimier tone, Braga relating here progression from future chief to a social outcast. Fowler adds some feminine nuances to Braga, but while similarly character focused, her art is a great contrast  to Upchurch and Sejic. Originally printed in-between Upchurch’s and Sejic’s respective tenures, it’s now placed to avoid a style clash, but fits less well chronologically. Equally confusing is Braga’s sexuality. As the title suggests, Braga was recognised as a prince but it’s not crystal as to whether she was (a) a princess, but Orc culture is such that only male attributes are celebrated, or; (b) a princess in a prince’s body. Rat Queens has received a GLAAD Award for its representations of the LGBT community, so readers are invited to form their own opinions. In any case, Braga is a brilliant character deserving of a stand-alone story, just one of a particularly brilliant ensemble of supporting characters both male and female.

Additional extras are cover art (including work by Fiona Staples), various artistic explorations of the Queens’ individual personalities by Fowler, Upchurch, and Sejic, plus an amusing story featuring Gary, the guard everyone loves to hate with art by Ben Rankel.

We can only hope this Deluxe Edition is not an indicator of a premature demise to a good series, but an indication of things to come. As warrior Violet says, “Rat Queens! Put the sexy back in large whole-scale slaughter!”