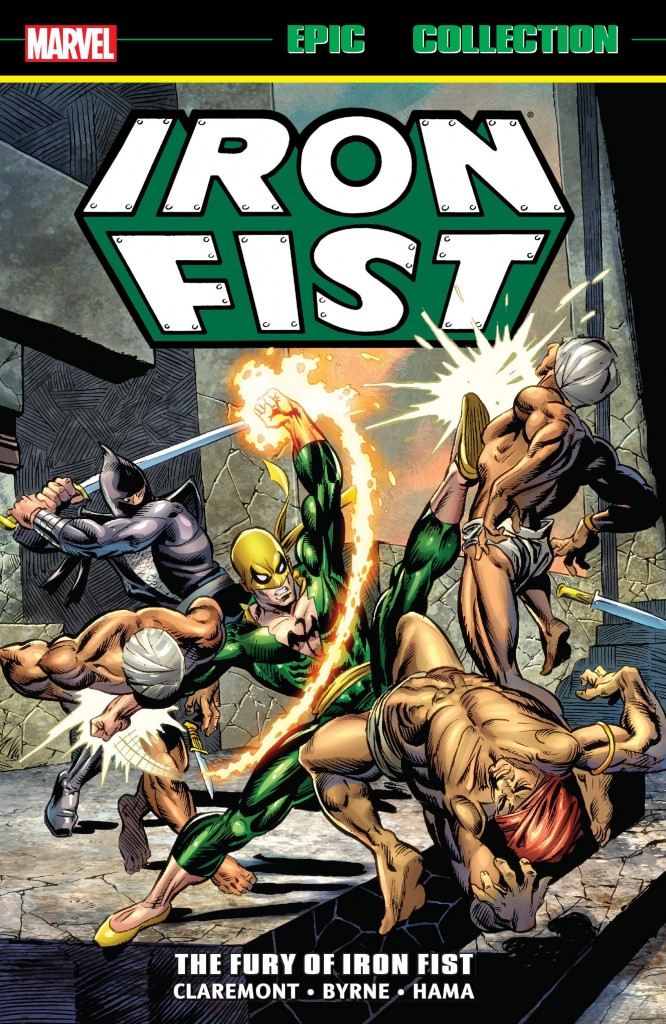 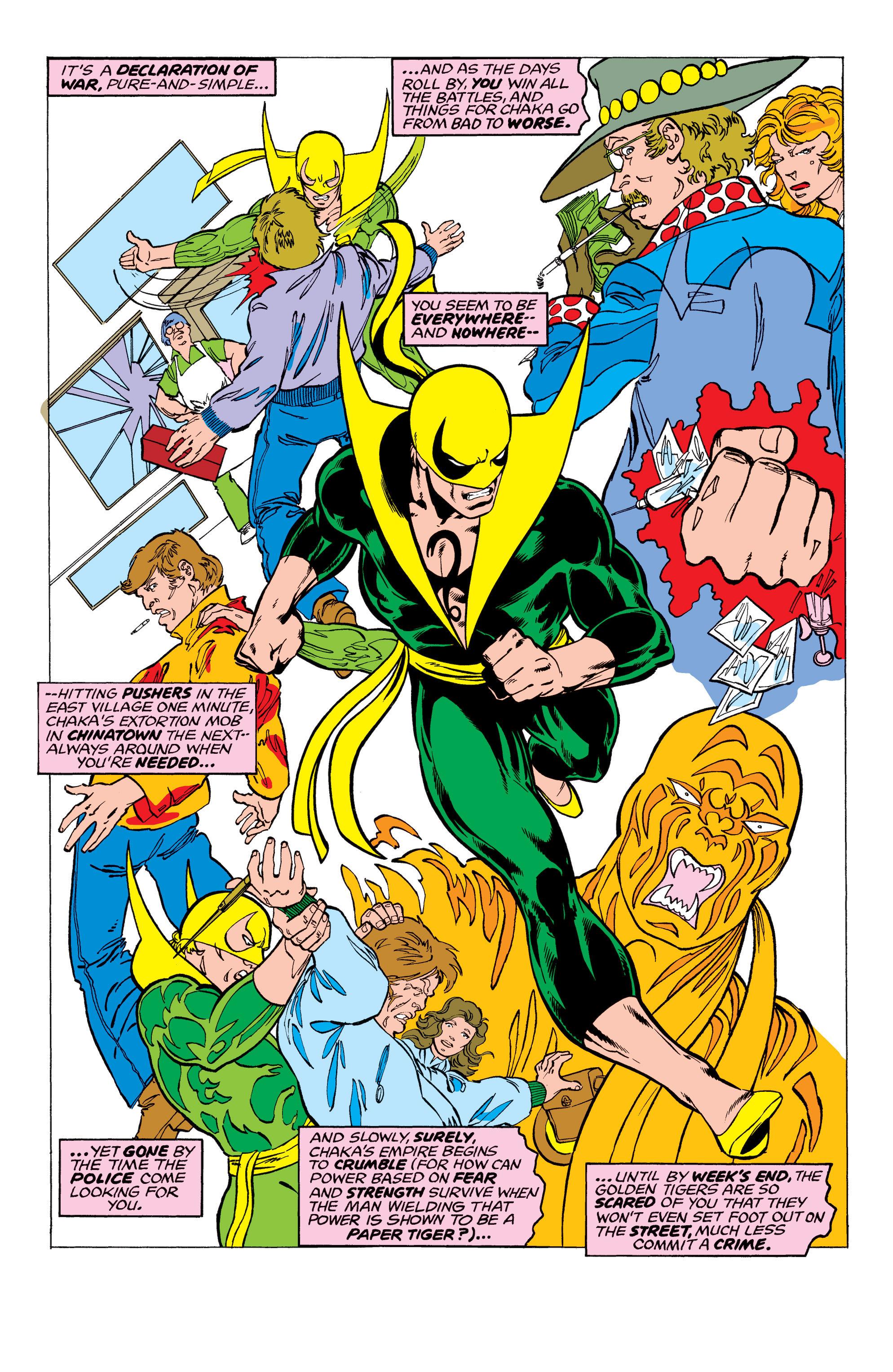 This is because Roy Thomas and Gil Kane provided an excellent origin story to kick matters off, and when they take over the feature around a third of the way through this book, the energy and enthusiasm of then largely unknown creators Chris Claremont and John Byrne still impresses.

By the time Claremont and Byrne arrived the TV and film enthusiasm for martial arts had proved to be a passing fad, so their work moves Iron Fist into a mixture of urban vigilante and superhero. The latter is best represented by a battle against the Wrecking Crew, but separate conflicts with Captain America and the X-Men are very entertaining. Iron Fist also deals with drugs in New York, those wanting to see a reformed Irish terrorist dead and a villain able to induce hallucinogenic visions when he screams. Simmering beneath the whole time are sub-plots connected with K’un Lun, a city with its share of rogues despite the serene mystical trappings.

As well as improving from issue to issue, creating ever more startling ways to tell the story, Byrne is very astute at the subtleties of visual characterisation, often supplying Danny with reactions missed in Claremont’s initial one-note portrayal. That improves, and to be fair to Claremont he provides depth to the supporting cast from the start, both those he’s inherited and those required for a single story. His strongest character is Misty Knight, introduced by Isabella, but given a purpose and personality by Claremont, who also supplies her with a prosthetic arm. He further beefs up Colleen Wing, and adds more dimensions to Joy Meachum, who wrongly believes Iron Fist has murdered her father.

Towards the end of the book Byrne draws the X-Men for the first time, and doesn’t quite have the refinement with regard to both Jean Grey and Wolverine that he’d rapidly develop. It doesn’t impact on the story, but it’s interesting to see. The Byrne who illustrates the final showdown involving Spider-Man has evolved into the complete superhero artist.

If you’d prefer, the same material is available far more cheaply in black and white as Essential Iron Fist.