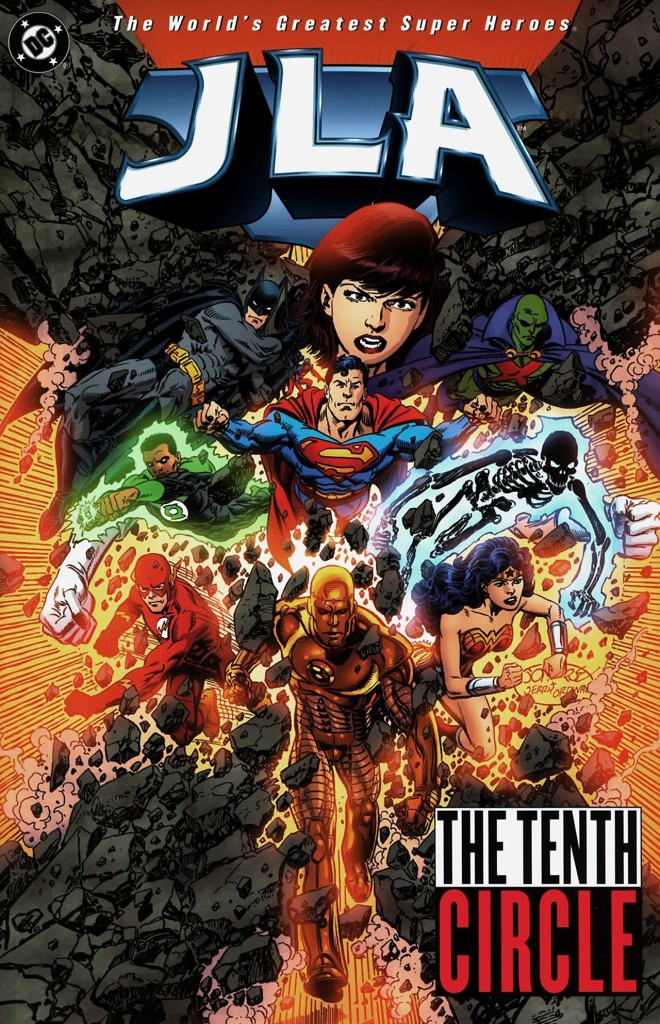 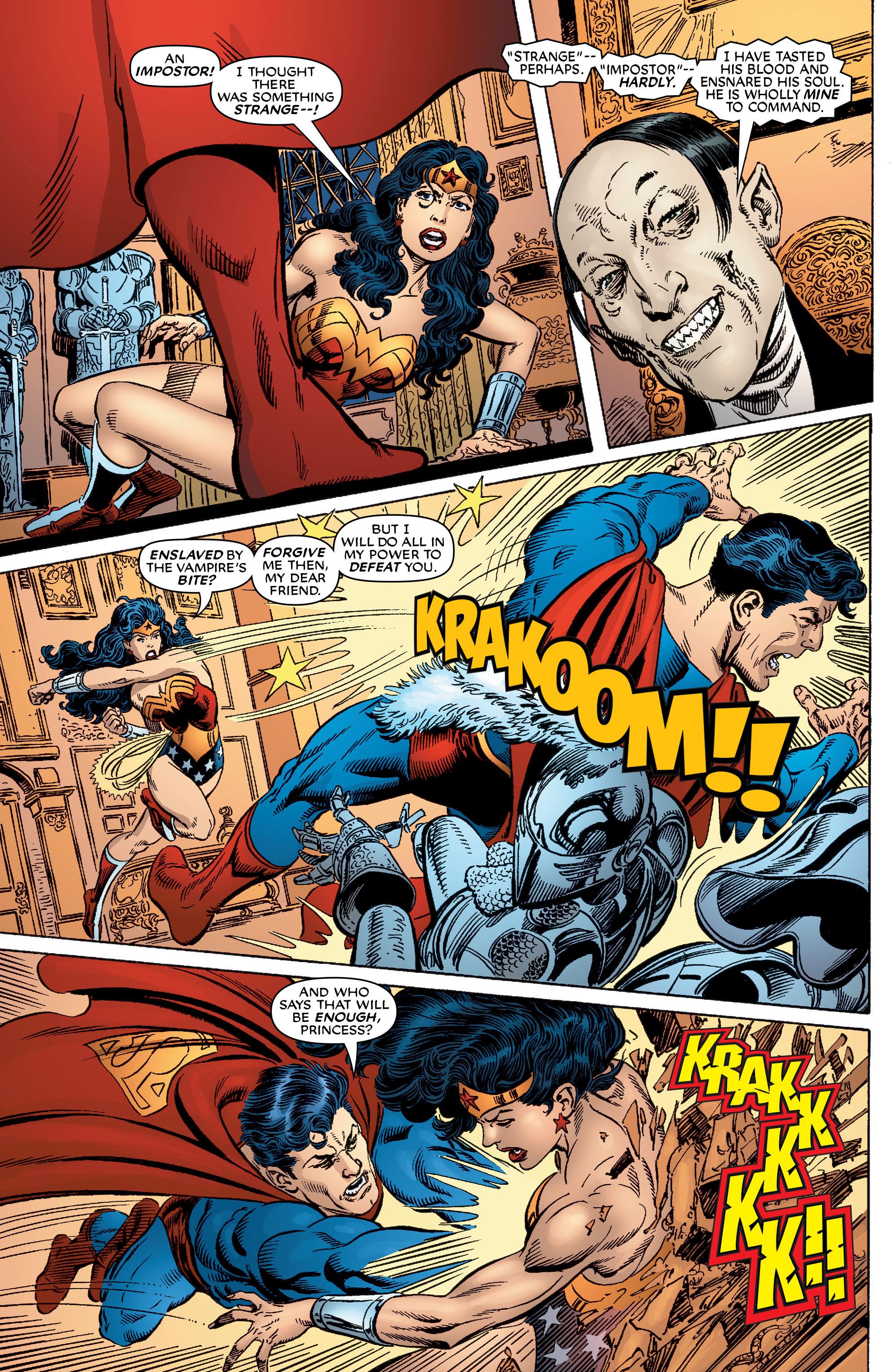 On the face of it, for an older generation of graphic novel readers, The Tenth Circle should be a real treat. It reunited after almost twenty years what surely remains the X-Men’s greatest creative team of Chris Claremont and John Byrne, and if Terry Austin wasn’t available then there can be no complaints about Jerry Ordway inking Byrne’s pencils. And it sort of works.

Claremont and Byrne share the writing, and together they come up with novel variations on how the JLA remain immune to the arch-fiend they create and his followers, although some may quibble with a vampire’s teeth being able to penetrate Superman’s steel hard skin. They begin by establishing a human focus to the Justice League’s concerns, an approach very much sidelined in the modern era. Children with minor super powers have been disappearing in cities across the USA, but overworked individual police departments can’t prioritise a joined-up investigation. Also novel is showing various JLA members working on different cases, and a tip of the hat by using the early X-Men’s closest analogues the Doom Patrol, although the JLA seem unaware of them.

Where it goes a little wonky is with the pacing. A stylistic device is concluding chapters with shock endings that are then backtracked for pages at a time as the following chapter opens. The villain, Crucifer, is big on posing and monologuing, yet stands still for pages on end as events occur around him as if awaiting the appearance of the JLA. He’s given a suitably dark and cadaverous look by Byrne, though, which cements him as a credible foe. Less convincing are the assorted half human/half vampire types he seemingly answers to.

Many readers may experience an initial disappointment in the conclusion being dependent on a plot element very similar to one used in Harry Potter. Let it be said that Claremont and Byrne appear to have been there first, with the original comics published in 2004, and Harry Potter and the Half-Blood Prince first appearing in 2005. While the idea of J.K. Rowling consulting The Tenth Circle has an appeal, it’s surely little more than coincidence.

The graphic novel omits the postscript from the original comics, which segued into a new Doom Patrol series by Byrne. It wasn’t well received, and has yet to see re-publication as a graphic novel.