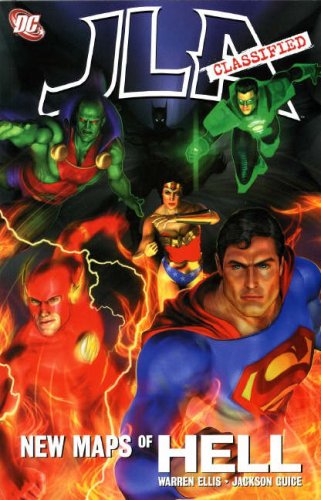 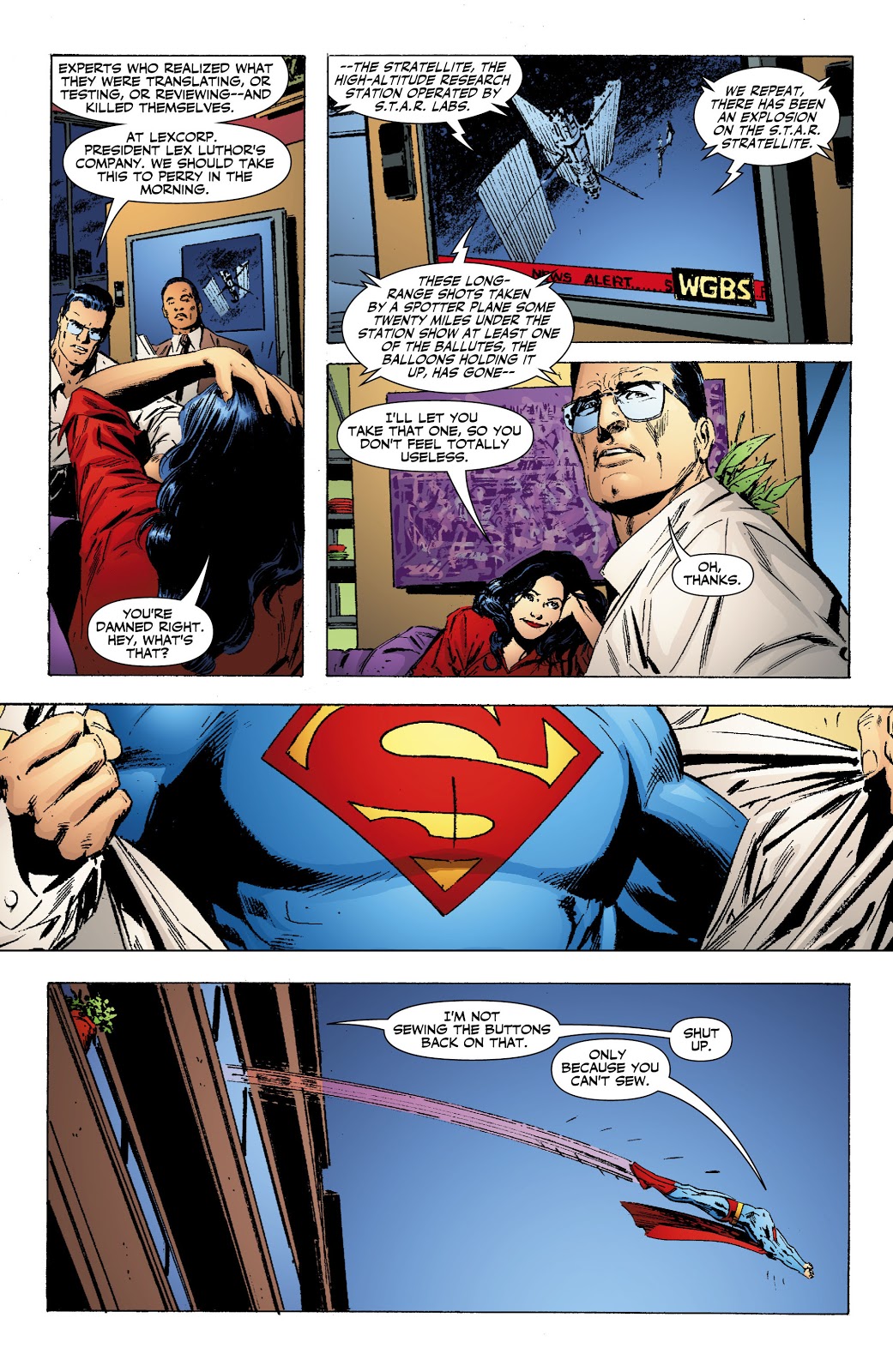 This end-of-the-world epic originated from the era when Grant Morrison’s JLA reboot had escalated the popularity of the Justice League. Here, gritty futurist super-scribe Warren Ellis upped the angst-quotient on a hoary old plot to which Jackson Guice added terrifying veracity to events with his hyper-realist illustration.

The drama begins as Clark Kent and wife Lois Lane stumble onto a dirty little secret. Assorted and presumably unconnected, scientists and bean-counters at President Luthor’s Lexcorp conglomerate have committed suicide in large numbers. The intrepid reporters suspect something very nasty is going on. In Gotham City Batman learns the police have been turned away from an extremely unconventional crime-scene by Feds and a private security company, and he too begins to dig.

Wonder Woman, Flash and Green Lanterns stumble across similar events bearing investigation, each locating an ancient parchment of alien hieroglyphs. Cyber-savant Oracle and aged Martian sole survivor J’onn J’onzz  are tasked with digging up information as the rest of the team learn of a God/Devil who tested species’ right to survive and heralded its coming through a written code.

With a painted cover gallery by Michael Stribling, this book offers simple, solid fights ‘n’ tights fun gilded with a sly and cynical post-modern edge: a sound example of contemporary action blockbuster comics at their best which won’t make any converts but will satisfy devotees of the genre.