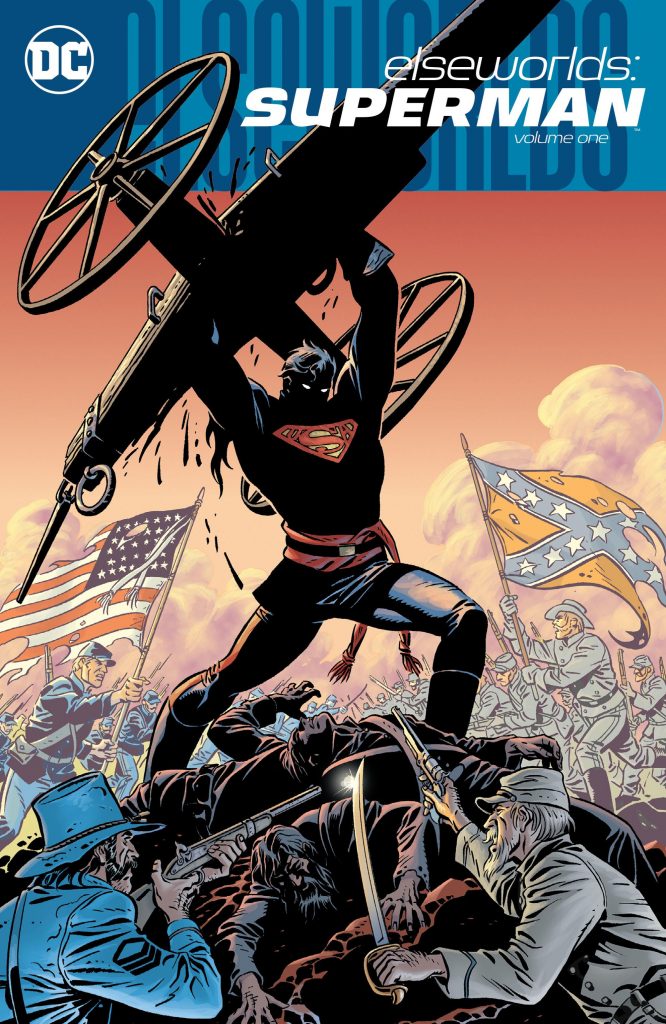 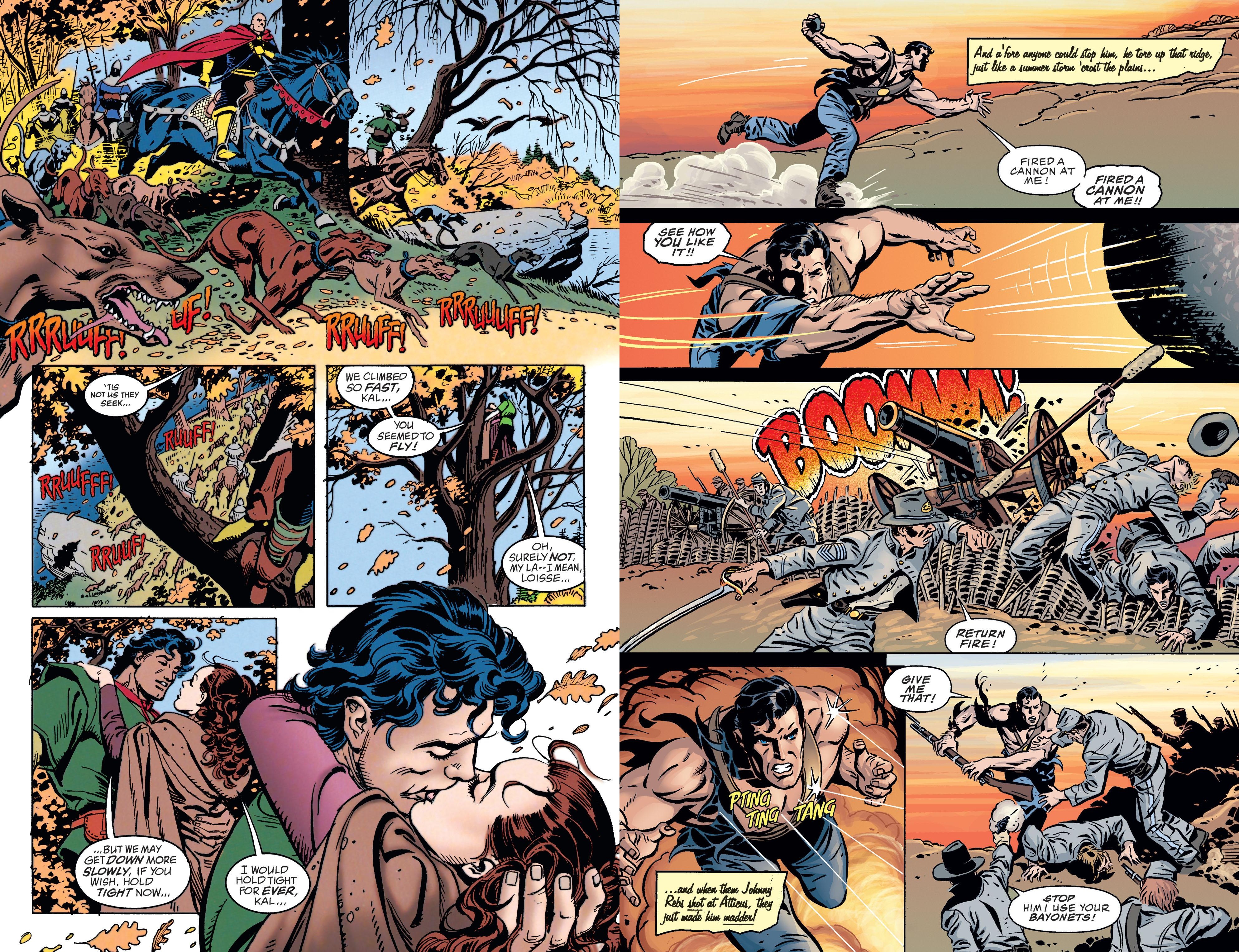 In the 1990s the Elseworlds imprint was a chance for creators to mess with a hero’s mythology by introducing an alternative set of circumstances. A fondly remembered Superman example, not included here, is Mark Millar’s Red Son, in which the infant Kal-El’s rocket landed not in the Kansas cornfields, but the Soviet Union. Six other alternatives feature in this weighty collection. They’re a lot of fun.

They’re also exceptionally well drawn. The elegance and precision of Eduardo Barreto and José Luis García-López accompanies two stories apiece, the combination of Gil Kane and Kevin Nowlan is stunning, and Michael Lark’s updated emulation of the 1930s Superman is also excellent. The writing is more variable, and in some cases a wasted opportunity. In these, once the initial surprise of learning which scenario Superman has been implanted in wears off, the circumstances of his being there are mundane. That art, however, goes a long way to making up for stories that play out predictably.

Bucking this trend, and a highlight of the collection, is Steve Vance’s story of a Superman who’s not a hero in the costumed sense, having parlayed his abilities into financial success by excelling at every form of competitive sports. It doesn’t sit well with franchise owning Lex Luthor that Dale Suderman won’t be joining his team. A more recognisable Superman is seen, but consistent with novelty characterising the remainder of the story, as Vance and García-López effect a successful reboot.

In other stories the infant Kal-El from Krypton is found by Gotham City’s Thomas and Martha Wayne, Medieval peasants, the Jonathan and Martha Kent of the 19th century, and their early 20th century counterparts on an Earth due to be invaded by the tentacled Martians from War of the Worlds. Only Howard Chaykin looks in the other direction, with his Superman’s world one of global nuclear annihilation. His powers are gone, and the radioactivity has also mutated rats to bear size, provided horse sized cats and regressed most of humanity to shambling, feral mutants. The eventual community of former superheroes stretches credulity, not having mutated along with all other humans, and that’s not the only convenient aspect. Neat ending, though.

A suitable dark atmosphere pervades the story of Superman growing up to become Batman, and J.M. DeMatteis twists familiar aspects of both legends, making good use of the Joker, Lex Luthor and Lois Lane. Lois is also prominent in Roy Thomas’ Martian invasion tale, her forthright character taken from His Girl Friday, with Thomas producing a neatly unsentimental story in which Lark is able to homage the now iconic cover to Superman’s first appearance.

Uniting stories originally issued as one-shots reveal similarities down to chance. The plots of Vance and Dave Gibbons turn on Luthor discovering the craft in which the infant Kal-El was sent to Earth, and Luthor also appears in all but one tale. He’s absent from Roger Stern’s telling of Atticus Kent serving alongside Jeremiah Olsen in the Union army, and despite Barreto’s nice art it’s the weakest story offered, moving from A to Y with few surprises before a strange ending out of touch with the remainder.