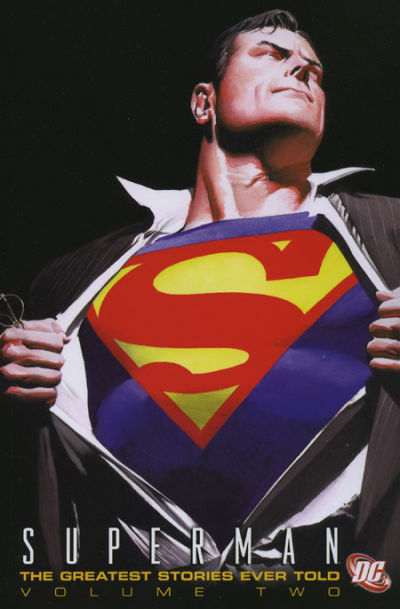 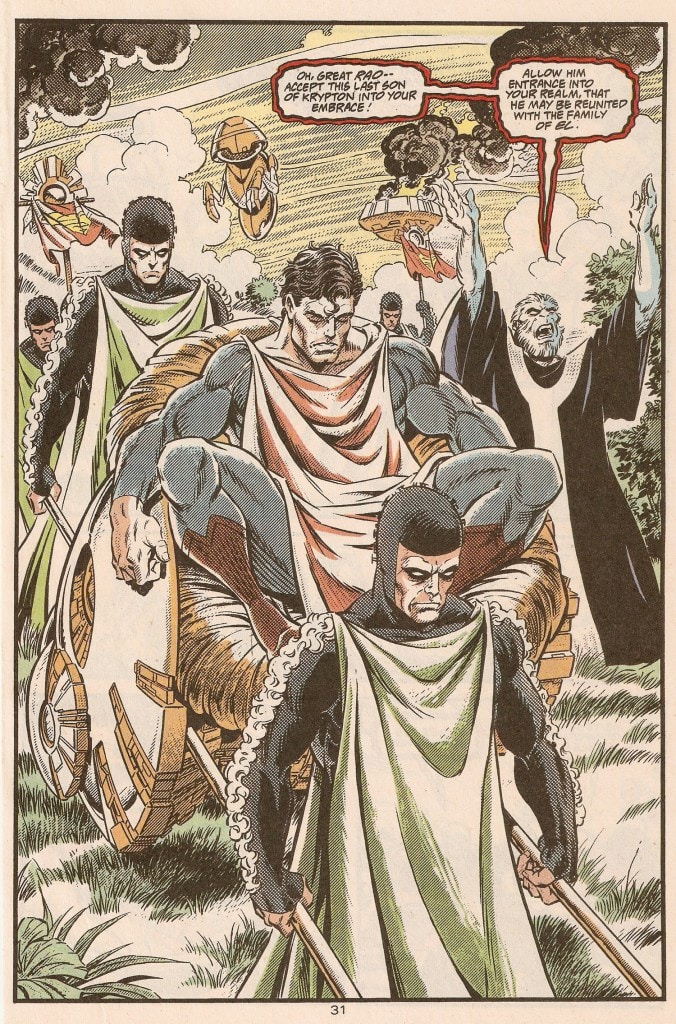 This volume was a relatively rapid successor to the first Superman: The Greatest Stories Ever Told. If it’s discounted that four stories also appeared in 1987’s The Greatest Superman Stories Ever Told, and that only the final three had at this point not appeared in another Superman anthology, this is a very fine collection. It takes the seventy years of Superman’s history, discounts the very earliest material, and distils the remainder via offering a single tale per decade (two from the 1960s and 1980s).

The earliest story dates from 1944, and the first appearance of magical imp Mr. Mxyztplk, created by Jerry Siegel and Joe Shuster, Superman’s parents. His original concept hasn’t survived the decades. A magical imp who can only be stopped by tricking him into saying his name backwards, whereupon he’s immediately banished back to his home dimension is contrived whimsy. Yet how this can work in the modern era is displayed by the work of Greg Rucka and Matthew Clark. The artist excels in mixing various styles into the single tale also serving as the restoration of another classic Superman trope, the imaginary story.

Possibly its greatest 1960s representation, and certainly the most frequently reprinted, has Siegel and Wayne Boring returning Superman to Krypton eighteen months before it explodes. It’s an affecting wish fulfilment activation of the re-set button for both Superman and Siegel, who by then was working for hire under a tyrannical editor while his creation made millions for DC. Superman befriends his parents and starts a relationship, all the while aware Krypton’s days are numbered. A different take on the same concept is Otto Binder and Boring’s tale of Superman viewing how his life might have played out had Krypton never exploded. It lacks the tug on the heartstrings Siegel achieved. Edmond Hamilton and Curt Swan’s teaming of Luthor and Brainiac from 1964 remains silly fun.

The 1970s is covered by the introductory tale from the short-lived era in which Superman’s powers were scaled back and all kryptonite on Earth rendered impotent. Today the most impressive aspect is Curt Swan’s artistic liberation when not restricted to illustrating six packed panels per page.

In the 1980s Frank Miller experimented with the layout style he’d later employ on The Dark Knight Returns, Eliott S! Maggin supplying a sparkling script about the discovery of Superman’s civilian identity generations in the future. That puzzle is also key to the other story originating in the 1980s, John Byrne exploring Luthor’s use of technology to isolate Superman’s civilian identity. It’s well worked, if not featuring much Superman, and has a killer conclusion.

The sample art is from Tom Grummett and Doug Hazlewood, illustrating Jerry Ordway’s tale of Superman in the afterlife, or the precursor to anyway. Isolated from the publicity circus of the 1990s when DC supposedly killed Superman, it’s a surprisingly effective and heartfelt piece that contrasts Kryptonian and human cultural perceptions. Superman was never going to stay dead in 1992, and this began the return process.

While there are marginally better collections, this has a balance lacking elsewhere. It never lingers too long in one era, represents most benchmarks, and has been sympathetically curated. Anyone requiring only the single Superman compilation on their shelves is directed here.