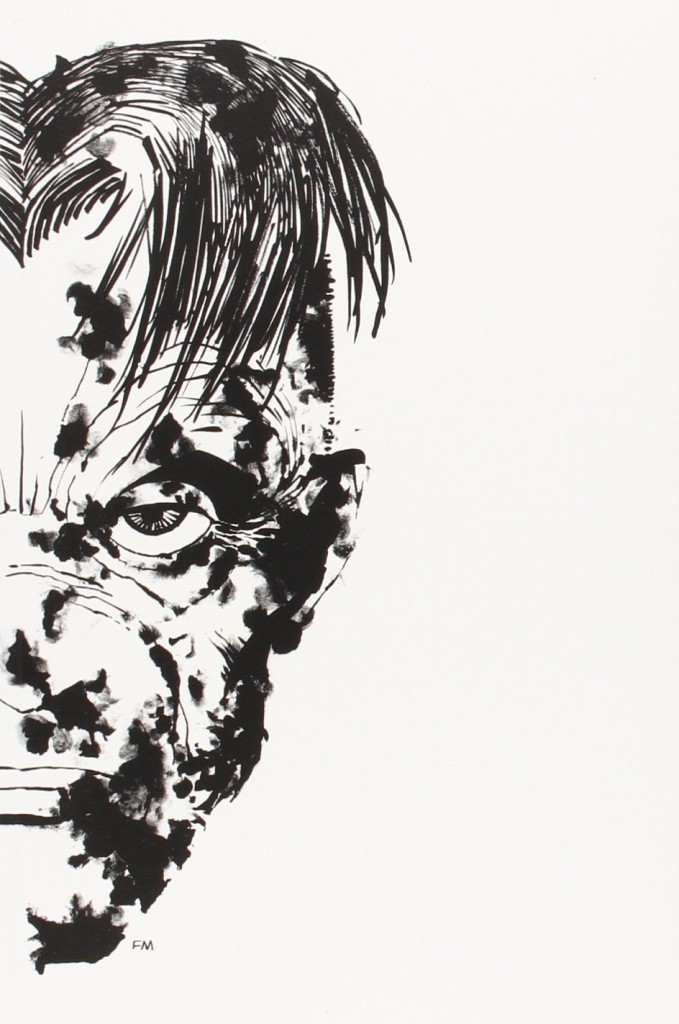 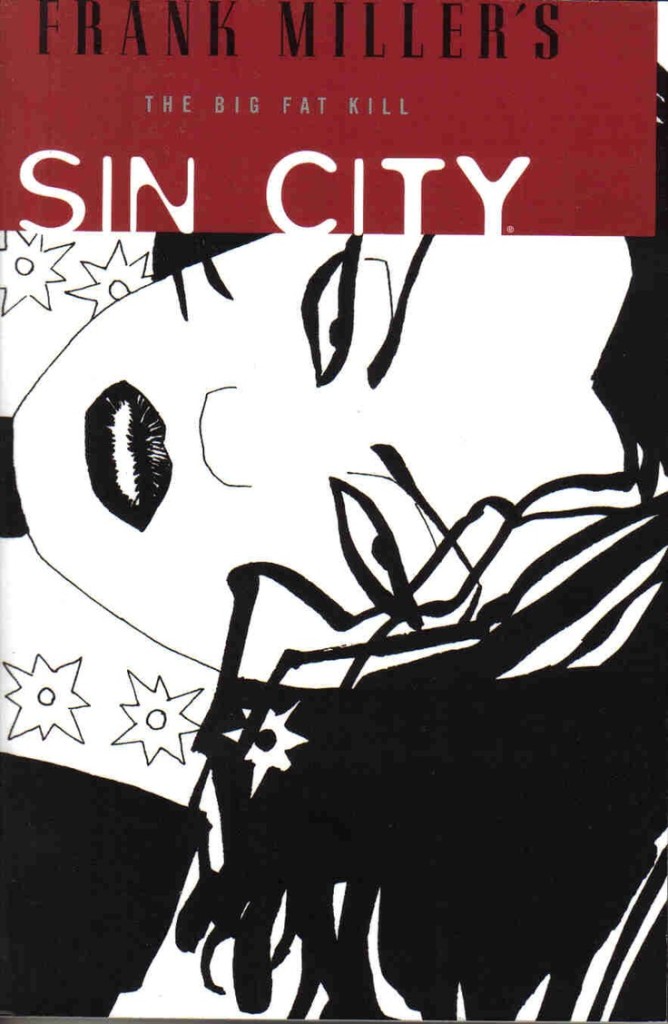 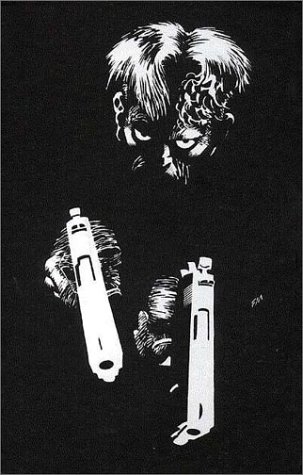 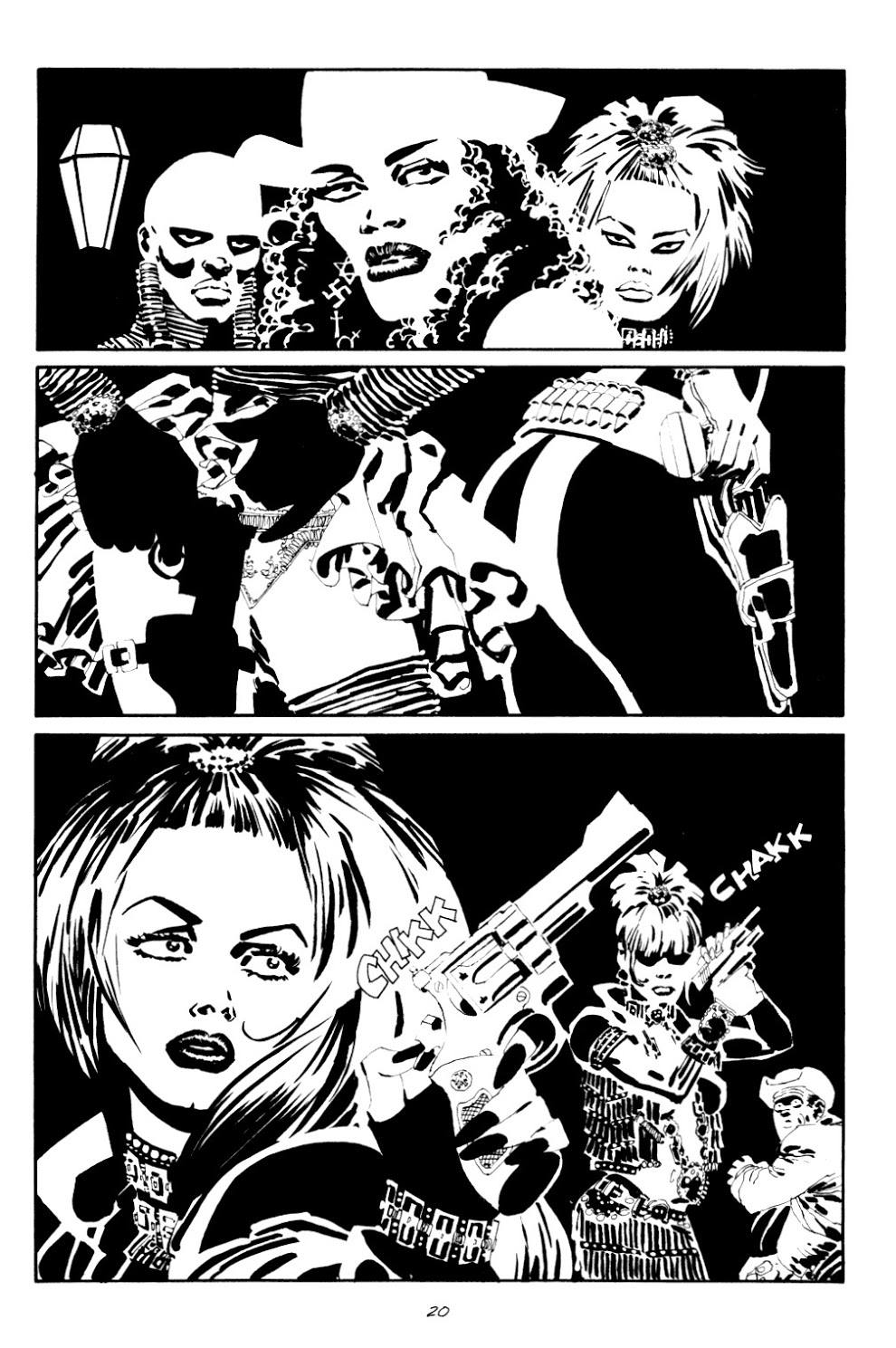 Frank Miller had already set up the concept of the Old Town in Sin City, an area so steeped in crime that the police stay well away. Over time the prostitutes frequenting the area have formed their own protection squad, a deadly selection of women who can murder you a hundred different ways while dressed in a bustier and frilly knickers. The most deadly of them is naked under her kimono, but wields a mean samurai sword. As introduced in A Dame to Kill For it’s a concept with greater attachment to fantasy than logic, yet is just about sustainable within the world Miller’s created.

We were introduced to Dwight in the previous book as well. He’s a man that needs to keep a low profile, yet has friends in the Old Town, so really the last situation he needs to be in is the one he finds himself in. That’s dealing with the consequences of an undercover cop being killed in the Old Town for offensive behaviour above and beyond the call of duty. The fear is that it will spark a war, letting the mob back into the Old Town, so depowering the prostitutes.

This is a far better book than its predecessor, because a tension’s sustained. Dwight’s predicament could go anywhere, and where it actually ends up is a good background for what happens. Previous Sin City has been a humour free zone, but there are smiles to be had here. They’re of a bleak consistency, but smiles nonetheless.

The art has changed slightly again. Miller’s always had a manga fusion to his drawing, and with Japanese assassin Miko prominent there are some great static images that could come straight from the masks of a Noh play. The stark white on black contrasts remain, Miller outlining his cars and hardware in white for what’s almost the effect of a negative. The violence is explicit, as has been established, but there are no stomach turning scenes here.

Interestingly, Miller also points toward a future project by referencing the heroic defence of Sparta by King Leonidas and his men, which would receive a fuller airing in 300.

The Big Fat Kill is available along with the other six previously issued Sin City paperbacks in the oversize hardback omnibus Big Damn Sin City.