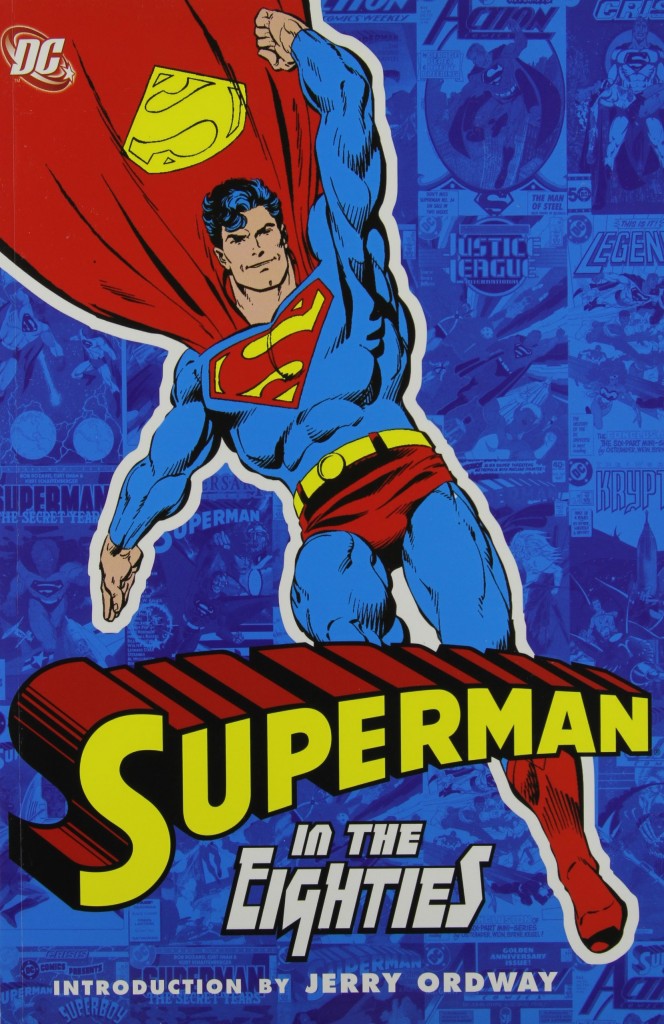 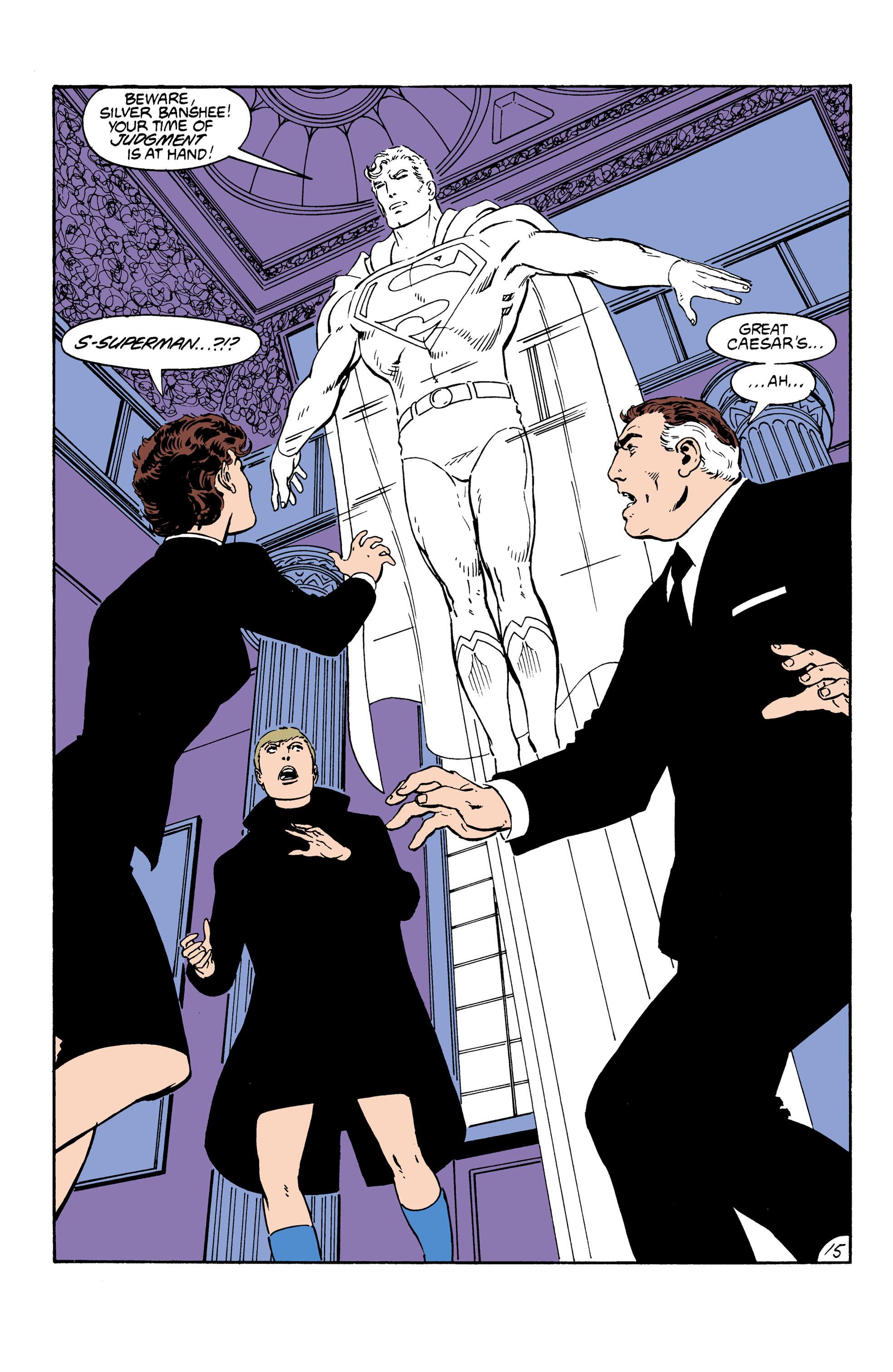 More so than any other decade, the 1980s was a transformative era for Superman due to DC’s editorial decision that the only way to modernise the character was with a total re-boot. At the time this was seismic news, which may seem quaint when viewed from an era when Superman is re-booted every five years or so, and over the course of his introduction and afterword Jerry Ordway explains why.

For all the hoo-hah about Superman restarting, the best story in the collection precedes this. Cary Bates sets a fantastic mystery brewing as Clark Kent is taken by Lana Lang to have dinner with his father. Who died years previously. One by one Bates eliminates all possible indicators that it might not be Jonathan Kent, down to Superman having memorised his fingerprints. Even his grave is missing. The villain of the piece is daft (and only tangentially connected), and Bates plays his mystery to a fine conclusion. It’s beautifully sentimental in the best sense, and all elegantly drawn by Curt Swan at his peak.

Swan also illustrates a story scripted by Paul Kupperberg from Ed Hannigan’s plot echoing real world concerns of nuclear proliferation, investigating whether Superman has the moral justification to interfere. It’s a neat idea, but the execution is melodramatic. The same applies to the Spectre teaching Superman a lesson about using his powers without due consideration, and the logic underpinning Jim Starlin and Len Wein’s plot is shaky. Both stories, however, were presumably selected for their being unusual among the Superman canon, for which the creators deserve some credit.

Starting Superman again was a task entrusted to the hottest creator of the 1980s, writer and artist John Byrne, and an interesting editorial decision for this presentation is to steer clear of Byrne’s material featuring in other Superman anthologies. His stories are all good if the era’s tendency for explanatory thought balloons is overlooked. A tale introducing villain the Silver Banshee has a neat twist, and Byrne’s recasting of Lex Luthor as a manipulative businessman and reinvigorating Lois Lane as a resourceful journalist were triumphs. A shorter piece drawn by Dick Giordano, is Byrne’s version of Luthor at his sleazy best, and Kurt Schaffenberger draws a Lois Lane solo, which doesn’t present her at her best.

Marv Wolfman is represented by a story prior to the reboot and one post, exhibiting a vast difference in tone. The earlier, superbly drawn by Gil Kane, is what DC called an “imaginary story”, in effect one out of continuity, which plays on Superman’s real world creation with some charm. The charm about the latter is toward the end of the story as Byrne revived Ma and Pa Kent, who’re used for a good pep talk in an otherwise ordinary story, again nicely illustrated, this time by Ordway. The art by George Pérez is also better than his story, co-written with Roger Stern, about an alien able to duplicate Superman’s powers.

As is the case with the other volumes spotlighting Superman during a single decade, the content is hit and miss, but accurately represents how the character was at the time, and the art is better than in any of the associated collections.