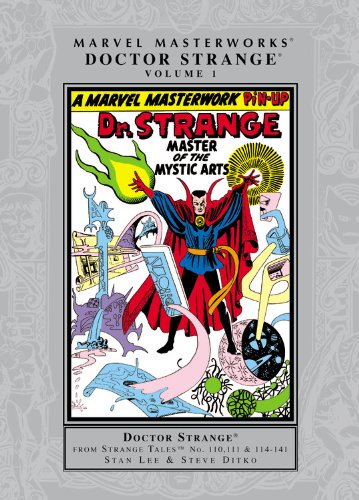 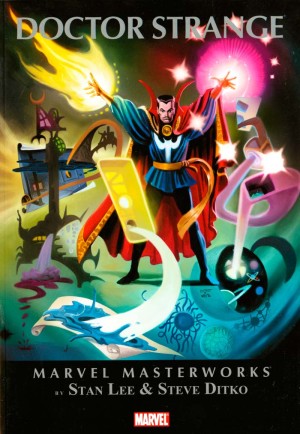 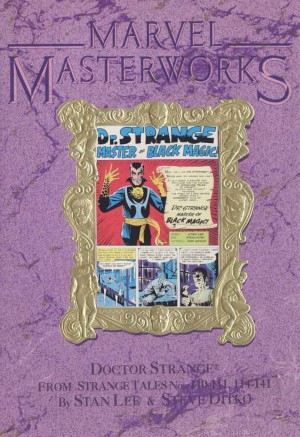 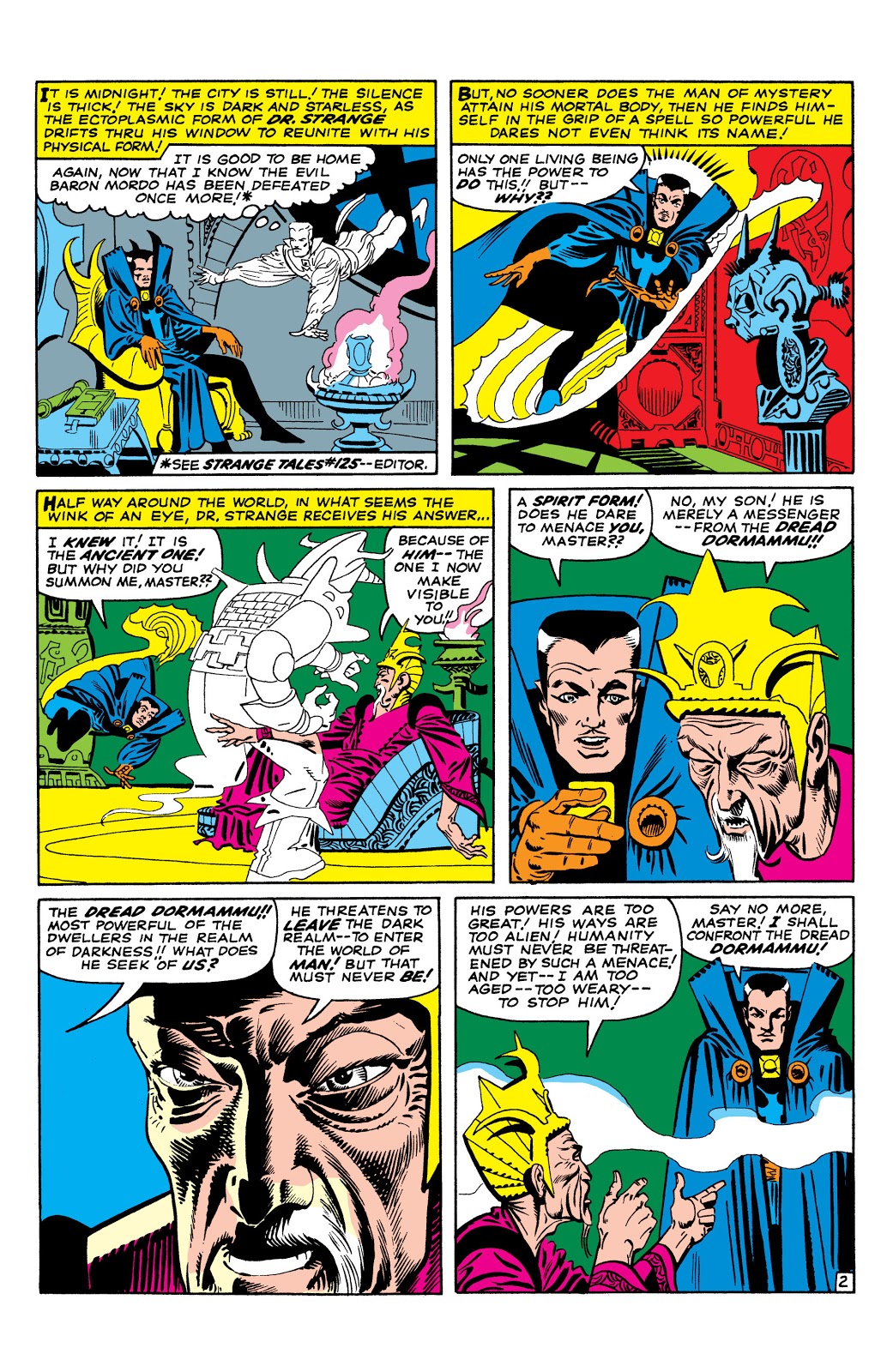 Doctor Strange was one of the first wave of Marvel characters from the early 1960s – this time created by artist Steve Ditko with writer/editor Stan Lee. This opening volume covers his first two and a half years, from his speculative initial appearance, to the end of the first major continuing storyline.

The creative roles and relative contributions of Stan Lee and his artist partners has been much debated. It seems accepted though, that Ditko came up with the character as a short for Strange Tales – one of Marvel’s long-running science fiction/horror/mystery anthologies.

The initial stories are short one-offs, involving haunted houses and dangerous idols – fitting easily into the existing format. It wasn’t until months later, sure of the demand, that there was an origin story. Tibetan mystic the Ancient One has two disciples – the secretly power-hungry Baron Mordo, and the initially vain and selfish, but ultimately good, Stephen Strange. These two become arch rivals fighting for our world. It has the mythic, archetypal core that’s much of the reason these early Marvel characters have run for so long.

Lee acknowledges, in his introduction, the debt to radio show Chandhu the Magician – he had similar powers and learnt his skills from an eastern yogi, for whom he acted as a physical agent in the world. Doctor Strange though had the brilliant artwork of Steve Ditko – his depiction of magical worlds and phenomena, remains some of his finest work.

Ditko draws on a range of sources. Look at Strange’s house – the furniture and bric-a-brac; the lizard/dragon statues; the curved shapes and inlays of the furniture. They’re gothic, but as if filtered through the Aesthetic art movement of the 19th Century. You can also see it in the elongated figures and hands. It has the ‘orientalist’ look of Aubrey Beardsley’s Salome – the tapering, intersecting curves of the magic spells. The depiction of magical dimensions draws on Surrealism – the melted and floating elements of Dali, and Yves Tanguy.

Ditko though turns this into something quite his own. In particular he makes great use of the ink lines. In the story of Tiboro, Strange communicates with the distant Ancient One through a window of swirling, rippling rings; next he contains the idol of Tiboro within a single heavy, slightly rippled line; finally, when he decides to follow missing people into the idol, we see him inside a ringed cone being funnelled into the tiny idol. Magical beings have ‘ectoplasmic forms’ rendered in faint ink lines with no shading or colouring.

Most of the earthly magical elements are from outside North America, rooted in older cultures. Strange himself, was initially drawn with an ‘exotic’ look, but gradually became more western-looking, as well as younger.

The content really takes off with an extended story arc where Dr Strange battles his rival Baron Mordo, and the powerful ruler of an alternative dimension, the Dread Dormammu. Mordo hunts Strange, who in turn searches for the secret of Eternity. It’s a gripping story, and packed with memorable scenes: Mordo’s wraiths chasing Dr Strange’s ‘ectoplasmic’ form through a busy airliner, Strange flying through giant atoms into the sun to shake off the cowardly Mordo; and, best of all, the episode where Strange seeks to retrieve the secret of Eternity within the mind of the physically comatose yet mentally powerful Ancient One. Running over eighteen monthly episodes, this was arguably Marvel’s first graphic novel. It’s still gripping, inventive, and visually dazzling. This story merits five stars, but the other material is less strong.

The colour on Masterworks volumes can be too bright, but here, it mostly works. These stories are available in black and white in Essential Dr Strange 1.