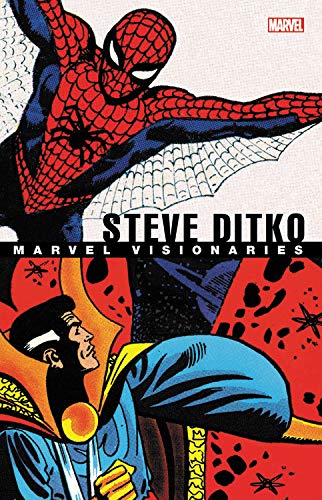 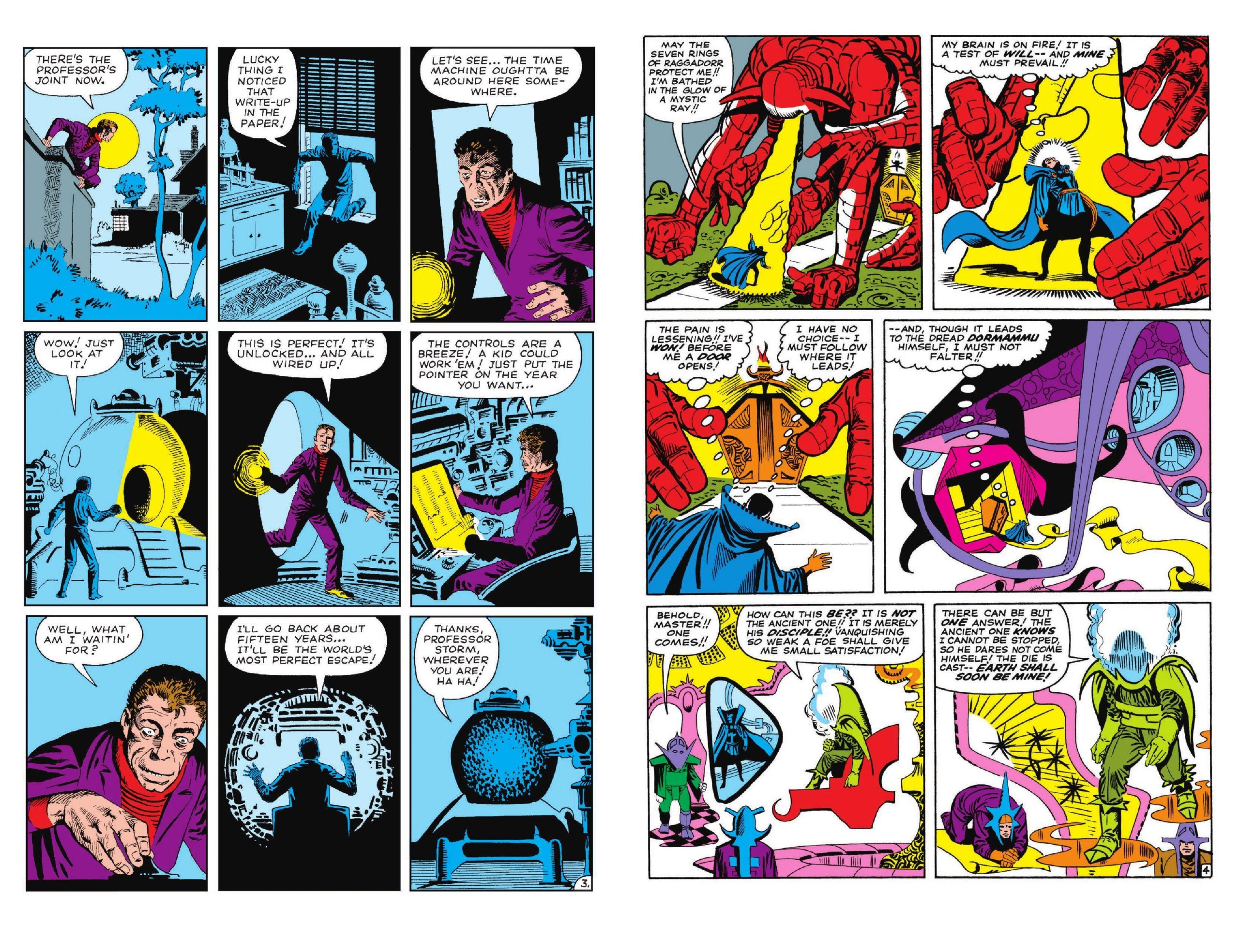 There’s no question that as one of the founding fathers of Marvel Comics Steve Ditko more than deserves a Marvel Visionaries volume devoted to his work. Yet more so than any other creator in the series the work people remember him for was created in a relatively brief period. The selection starts with three brief mystery shorts published in comics cover dated December 1961, and all but four of the remaining stories saw print before July 1966.

After all these years Ditko’s art remains utterly individual. His people are incredibly expressive, a talent put to its best use in the strangeness of the opening half dozen shock or surprise ending short stories where faces are captured in a moment of terror, or horrific revelation. These are coupled with very precise locations, and almost all drawn in a series of small panels, largely nine to a grid. By today’s standards the plots are formulaic, while time has rendered the surprises predictable, but Ditko’s individuality ensures they’re visually memorable.

Because he’s so indelibly associated with two characters, it’s often forgotten that Ditko also drew other early Marvel material. A Hulk story works to his strengths by featuring an alien able to control metal, but Dick Ayers unsympathetically inking an already hokey Stan Lee Iron Man plot results in the weakest outing supplied. Spider-Man and Doctor Strange are represented by multiple stories, some continued, and these are good choices. Spider-Man faces his first villain, the Chameleon, a teaming of his most prominent foes as the Sinister Six, and over three chapters the schemes of the Master Planner. This features what for years was Spider-Man’s most iconic sequence, as he impossibly finds the strength to remove tons of rubble knowing Aunt May is in grave danger. As for Doctor Strange, we have his origin, an early revelation about Baron Mordo, the three part introduction of the dread Dormammu, and final battle with the other-dimensional tyrant introducing the mind-boggling concept of Eternity as an all-encompassing sentience.

Perhaps the greatest surprise after all these years is how good Ditko is over two completely different scenarios. Both Spider-Man and Peter Parker are gawky and awkward in a largely realistic New York, while Doctor Strange glides serenely through other words constructed from abstracts, strings and other shapes. The revised brighter colouring on gloss pages is more detrimental on these than on other strips, though, especially where gloom is the order of the day.

There’s a suspicion that there’s more than a kernel of truth in a three page satire about how a Spider-Man strip is created, but back in the day Ditko also showed the drawing process, something budding artists may not have then known.

By the early 1980s Ditko applied the same exaggeration to superhero stories as he’d used on earlier suspense material, and the result is artwork that’s too mannered. He’s best on the creation of new teenage superhero Speedball, given a unique visual signature, but his Squirrel Girl is too freaky, and the Hulk awkward. His Daredevil, though, is better than will be remembered by fans in 1980 disappointed to find it instead of Frank Miller’s work. It features some imaginative nods to past abstracts and tidy layouts, although Michael Fleisher’s plot hasn’t aged well.

The classic tales remain strong, and the early 1960s shorts sparkle, and as that’s two-thirds of the content it makes this Marvel Visionaries recommendable. The purchase links are to the 2019 paperback edition, but the 2005 hardcover can still be found. That, however, is a compromised product for poor production not allowing a great enough margin between panel edge and binding, resulting in the edges of pages being difficult to read. 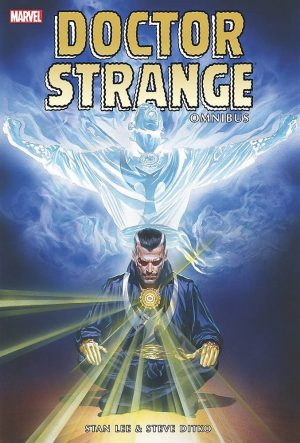