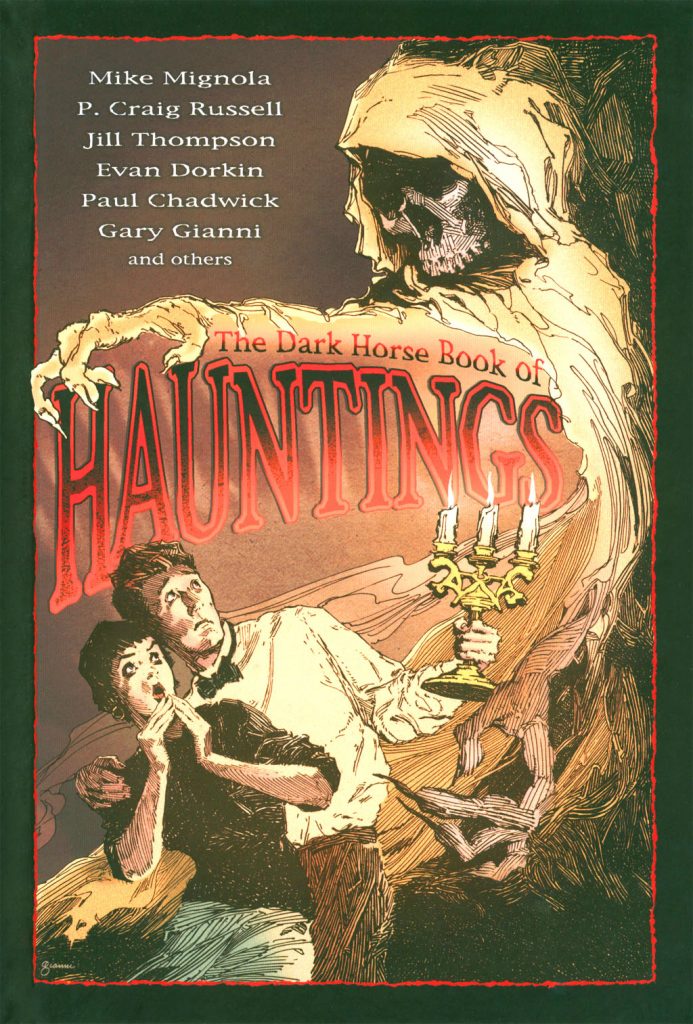 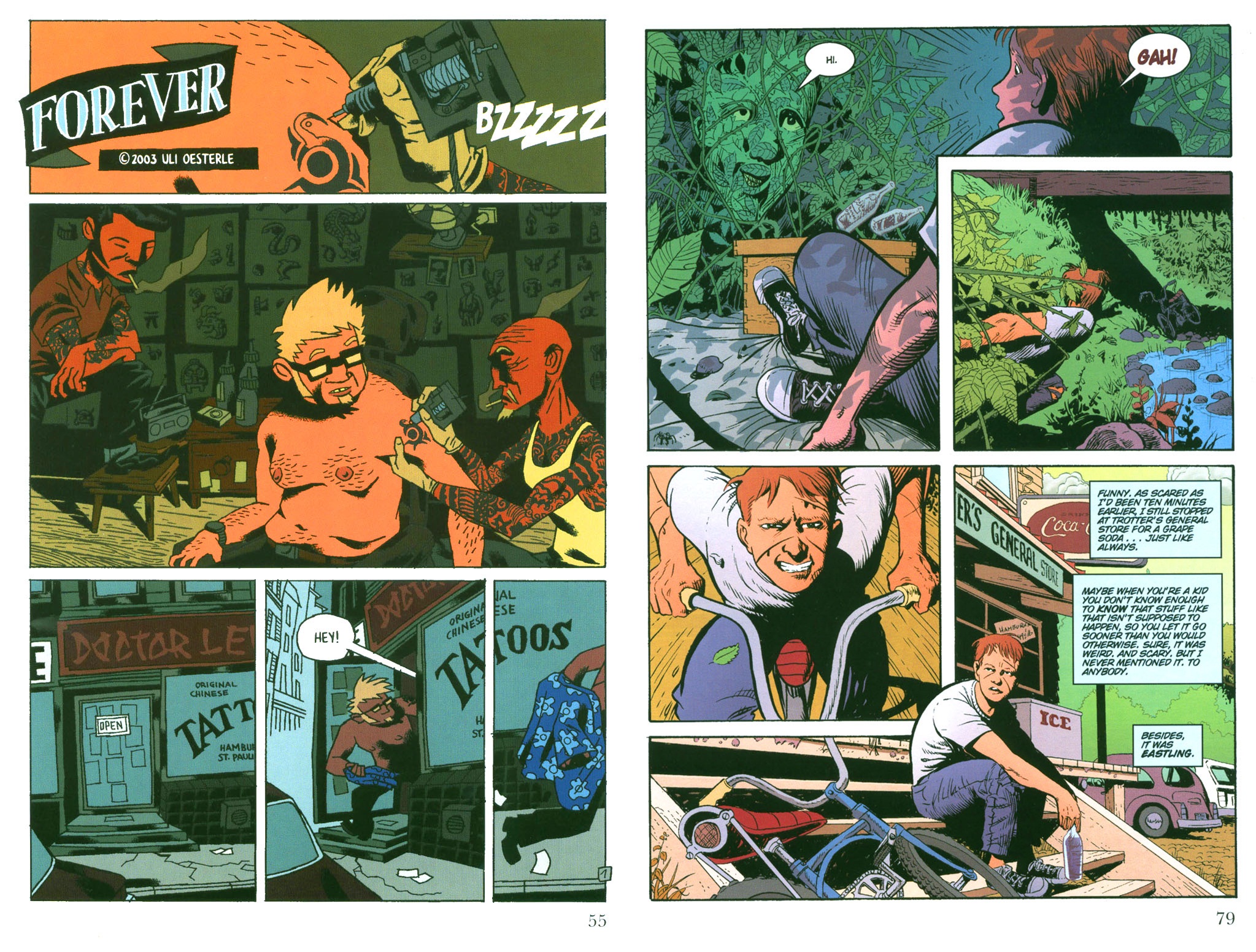 The anthologies in the Dark Horse Book of series are all entertaining reads, editor Scott Allie able to call on an impressive roster of the company’s talent and having a discerning eye for a story, which is the case once again with The Dark Horse Book of Hauntings. As Allie notes in his introduction, when you have Mike Mignola offering fifteen pages right off the bat, that’s a good place to set the theme.

Mignola’s piece is a joyfully unrestrained distillation of everything that makes Hellboy so great, including Hellboy himself. It’s not just about a haunted house, we have a mad scientist, a furious ape and an enraged demon as Hellboy investigates the impossible all the way to an enigmatic ending.

Before then Mike Richardson and P. Craig Russell have produced an equally enigmatic ending to a haunted house story, but unusual for the brightness of the colour Lovern Kindzierski applies to Russell’s art. It emphatically proves that gloom isn’t essential for a compelling haunted house tale.

There might be some suspicion about Allie as editor including one of his own strips, but as drawn by Paul Lee and with a tongue in cheek approach, it works its way dramatically to a neat twist ending. So does German cartoonist Uli Oesterle, departing from the haunted house theme to show what happens when a tattooist with mystical abilities is cheated. Oesterle’s chunky art stands out as very different from any other contributor, but it’s neat and effective.

Two stories near the end both convince they’re about actual events rather than being fictional. Milton Freewater Jr’s piece cleverly introduces a photograph to Lucas Marangon’s art, the neat pages drawn as if South American colonial housing, and working to a good balloon popping conclusion. Paul Chadwick’s precision (sample art right) is applied to Randy Stradley’s recollection of a strange kid in his school class, the detail and surroundings appropriately convincing.

A prequel to Beasts of Burden by Evan Dorkin and Jill Thompson closes Hauntings, twisting the premise with the tale of a haunted kennel. The sardonic, unsentimental script and lovely painted art are a real treat, pointing the way to later Eisner Awards for the series.

The format of these anthologies is to include a text story, here Gary Giani’s illustrations matched with Percival Landon’s ‘Thurnley Abbey’. However, Giani recreates an anonymous Victorian style so well that the illustrations are actually bland, and fifteen pages for a commonly anthologised story might have been better given over to comics. The same could be said of Allie’s interview with séance medium Larry Dreller, although whether or not you have any belief in his trade, he makes for an interesting interviewee.

A neat package clocks in at just under a hundred pages, and with that in mind, more comic content would be preferable. However, what there is entertains and induces a mild shiver down the spine across a broad interpretation of the title brief, so another winner.