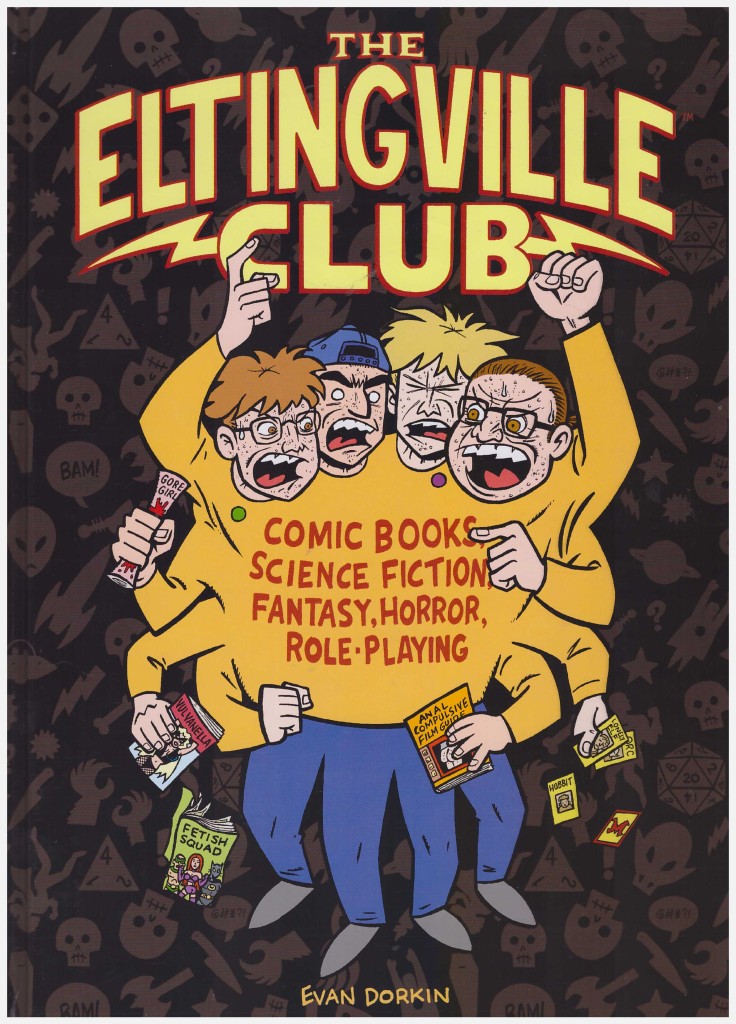 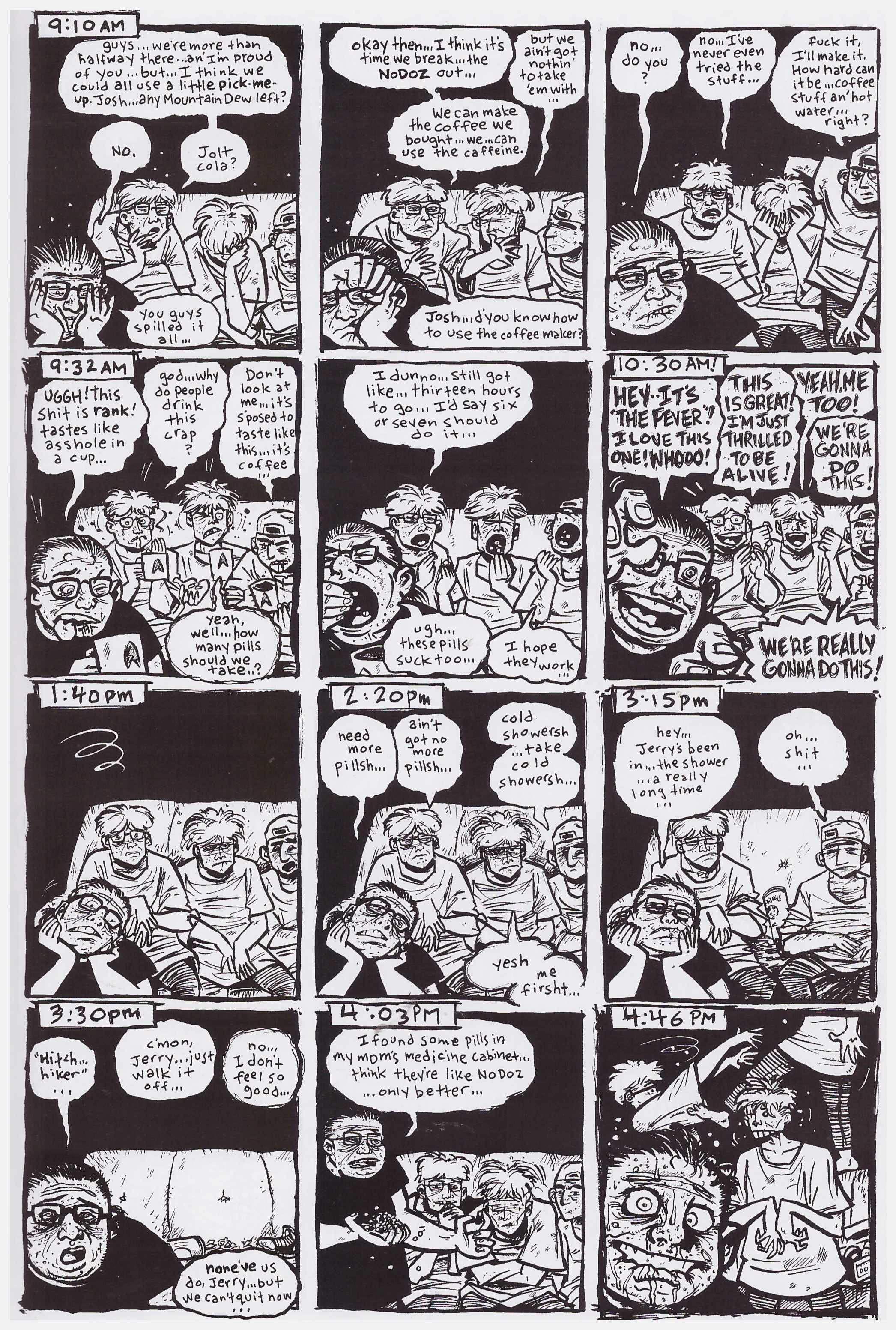 Until they featured in two full length comics in 2014 Evan Dorkin’s Eltingville Club had been a rare treat in anthology titles. To give them their full title the Eltingville Comic Book, Science-Fiction, Fantasy, Horror and Role-Playing Club consists of four boys in their mid-teens celebrating their enclosed world by looking ever-further inward. These are densely drawn and gag-packed plummets into the excesses of the obsessed collector

A good decade before The Big Bang Theory, it was a hilarious and far crueller mirror held up to the collecting culture, to those for whom fantasy replaces reality, yet Dorkin’s able to deflect any accusations of elitism and superiority by noting that several embarrassing incidents depicted are slight modifications of his own youth. Not that the admission was required, as anyone so comfortable with the mass of trivia and observation required to cement the authenticity could only have emerged from within.

The Eltingville Club collects all strips going back to their 1994 introduction. Most run between six and twelve pages, and are remarkably surgical dissections of obsession that devolves into chaos due to greed or trivial disagreements. As becomes increasingly apparent, there’s not much fun to be had within the Eltingville club as compromise is not a concept the members give any thought to. Yet, for all the bleakness these are very funny strips with plenty of laugh out loud moments as Dorkin sets up his gags as precisely as he strips his characters bare.

Many of the jokes concern gullibility. For all their self-reinforcing superiority, the cast can’t resist a limited-edition variant, or a movie fitting their remit, no matter how shoddy it is. In fact they often see it again to ensure their initial impression was correct. We also see the desperation of ripping open every loaf of bread in the supermarket to acquire a missing trading card, the parental-hired intervention team, the hidden stash in the toy store keeping action figures from children…

Dorkin’s cartooning is brilliant, dense, expressive and wild. It’s best appreciated in the strip where the four club members settle in for a 32 hour Twilight Zone marathon fuelled by junk food and caffeine that progressively degenerates further and further. Dorkin ramps up the dissolute disintegration, his panel borders and disciplined layouts cracking as the marathon plays out, all leading to a final panel of domestic carnage topped off by the type of portentous run-out dialogue that characterised the Twilight Zone.

The stories conclude with those 2014 comics. In one Bill, the most repressed and fanatical avoider of reality achieves his dream of working in the comic store. The final strip is a reunion at the San Diego Comic Convention a decade later, where several long-standing secrets emerge in the bleakest strip in the book. Yet it’s still very funny. Years producing animation scripts have honed Dorkin’s natural observational writing and enabled these desolate, existential masterpieces. They follow the template established by the shorter material, yet, for the most part, strip back the cast to remove any residual sympathy or identification.

Most strips are in black and white, but one, about a zombie parade, is given a sheen of flat colour by Sarah Dyer. Not that any inducement should be needed to pick this up, but the other extras include sketches for the development of an animated Eltingville, and comments from Dorkin.