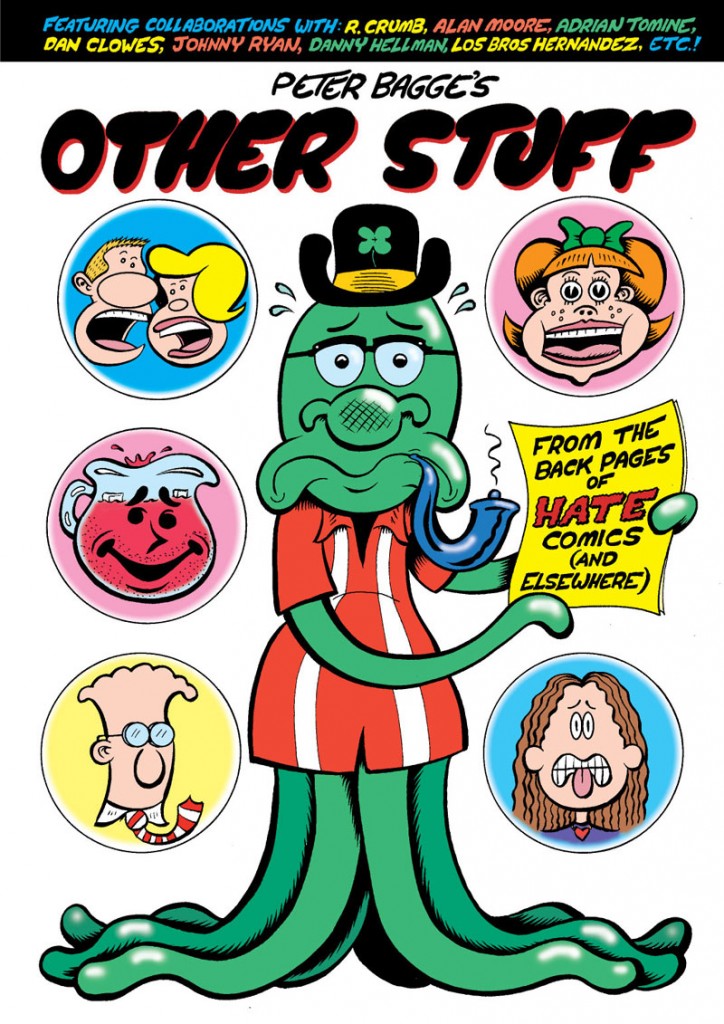 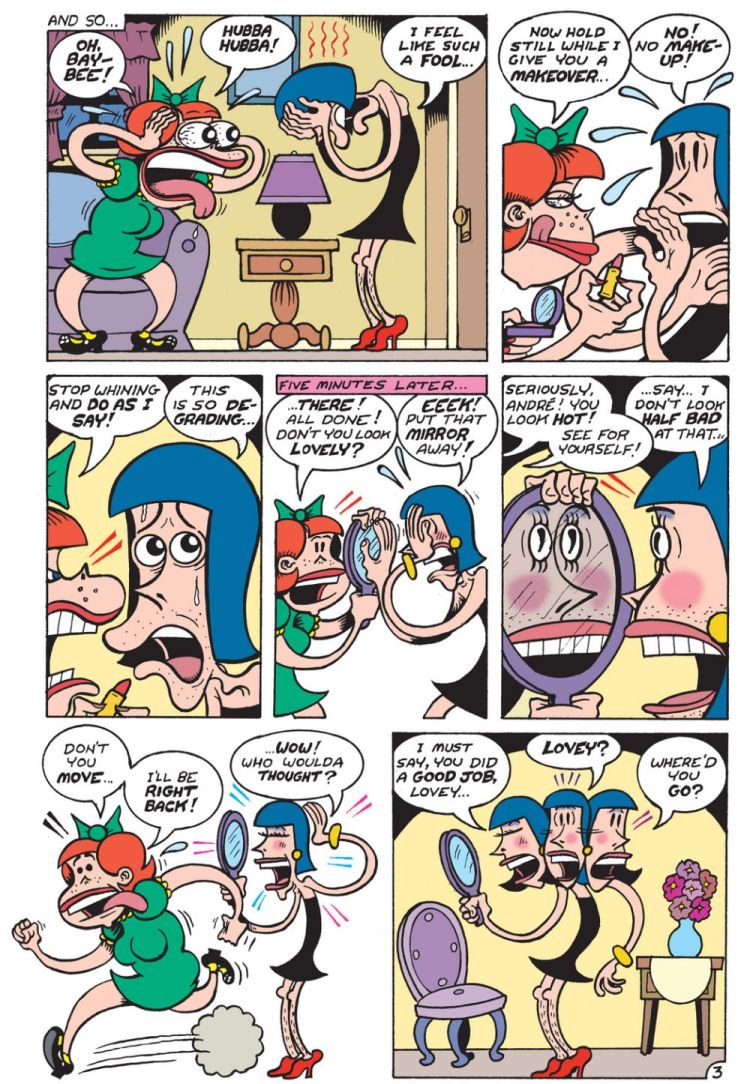 This collection hoovers up pretty well all of Peter Bagge’s previously uncollected short strips. In old-fashioned music terminology it’s the equivalent of a b-sides compilation. Content includes journalistic pieces, strips that either he or the audience lost interest in before accumulating enough for separate collections, one-page comedies about the world of music, biographies of scientific figures and collaborations with other comic creators. Yes, it’s a hodge-podge, but there’s no sense of barrel dredging here due to Bagge’s wide-ranging interests always having a viewpoint.

As Bagge matured, the scattershot sniping of his earlier work was seemingly sidelined, leading to an unintentional irony in selecting Hate as the title of a comic in which he presented well crafted character-based comedy (see Hey Buddy! And sequels). As Hate expanded to encompass back-up strips, though, it was re-assuring to realise Bagge remained opinionated, and his observational skills had honed. The most savage strip presented is the earliest, ‘Life in these United States’, dissecting social insecurities of the 1990s, drawn by Dan Clowes. Four characters at a dinner party seethe with barely contained resentment at each other and their circumstances while the situation underlines their privileged lives. Bagge’s introductory notes identify the source as parties he and his wife attended on moving to Seattle. Other collaborations include Gilbert Hernandez providing an eclectic cast to accompany quotes accumulated by Bagge and hardly subtle Cathy and Dilbert satires, the former notable for Robert Crumb’s emulation of Cathy Guisewite’s limited artistic style with Johnny Ryan handling the latter. Bagge and Adrian Tomine bite the hand that feeds with a barbed guide to aloof publishers and unimaginative cartoonists, and there’s also Alan Moore’s bizarre biography of the Kool-Aid mascot.

The longer strips running to several episodes bookend the collection. ‘Lovey’ charts the wannabe pretensions of alternative society, while Chet and Bunny Leeway, surely stand-ins for Bagge and his wife, cover the domestic end of social observation, incorporating the then relatively new universal experience of the internet.

And lest we forget… Having produced comics for around thirty years now, Bagge’s deformed elastic figures have become familiar, and the drip down media appetite to discard the known for the new deplores the familiar. Bagge’s cartooning remains exceptional, and shouldn’t be considered part of the wallpaper.

His mastery of funny strips already well established, Bagge’s talent for social commentary is rarely acknowledged, possibly because his libertarian views rub against the grain in the comics world. There’s an element of myopia about this as whether or not you approach sharing his viewpoint, Bagge is able to deliver pithy, well considered pieces without ever straying into dogma.