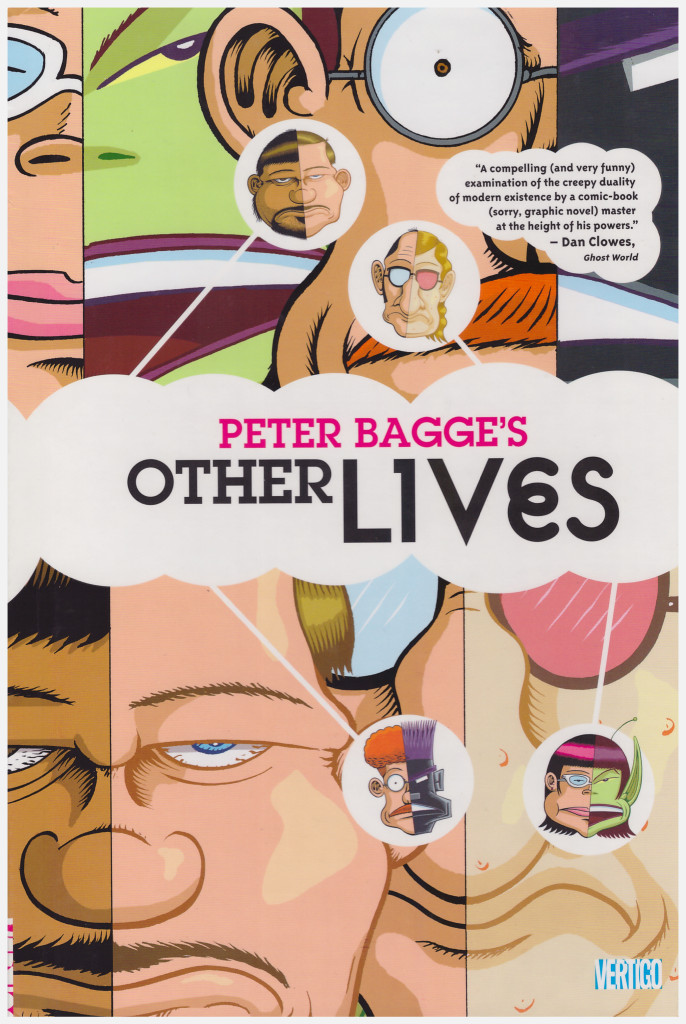 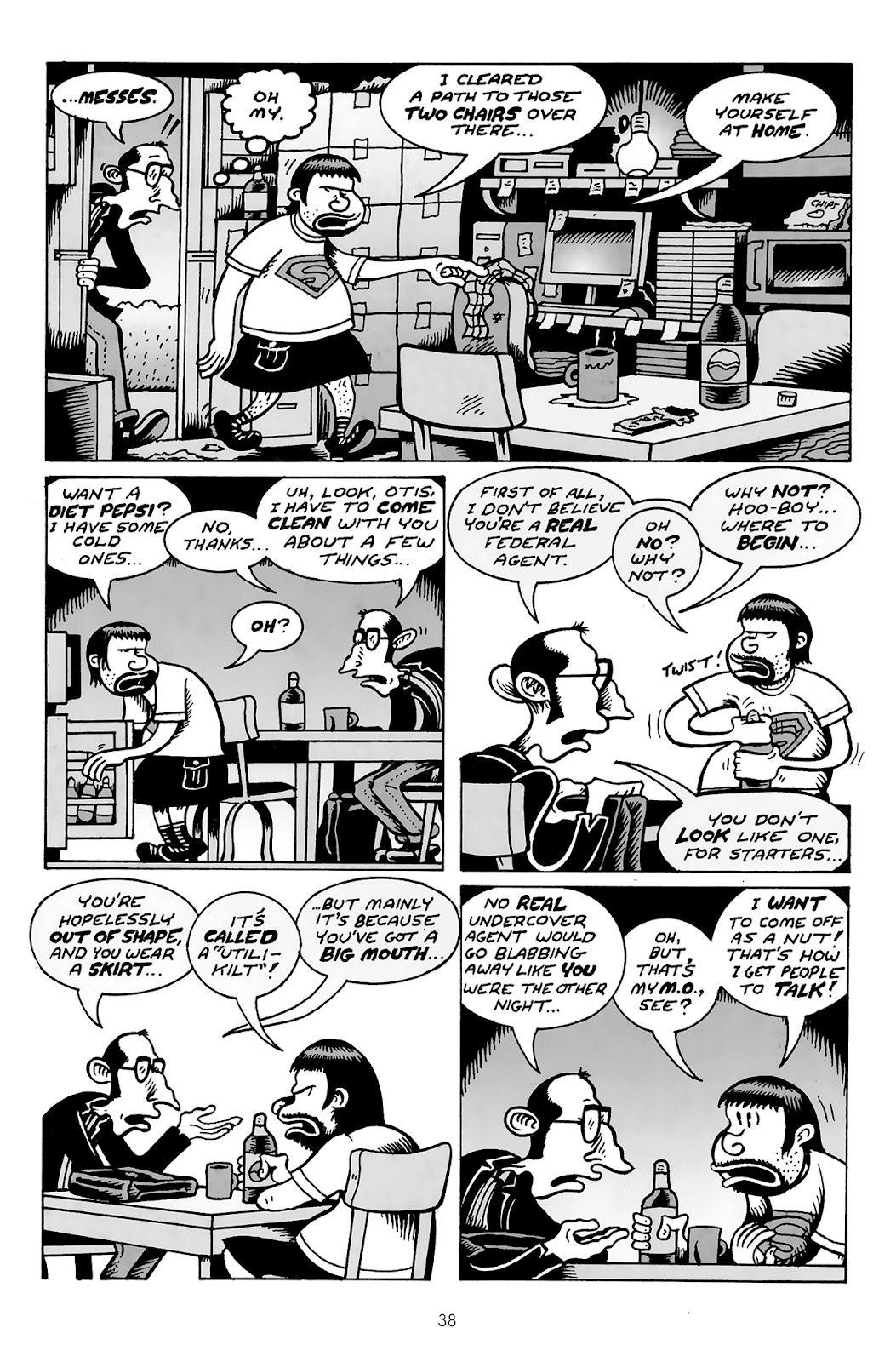 After completing Hate as a regular series, Peter Bagge chose to work primarily in shorter formats rather than be locked into an ongoing cast, and the results have been mixed. His reportage remains thoughtful, thought-provoking and entertaining, but his fiction has been altogether more patchy.

On the face of it Other Lives ought to have been triumphant. It’s Bagge prodding at a society whose expectations are that everything should be delivered to them on a plate, while being unwilling to invest any real effort in achievement. It’s symbolised by what he refers to as “Second World”, an online gaming community where people live vicariously through created identities, around which they manipulate accessories and scenarios.

The protagonist around whom three other characters orbit is Vader Ryderbeck. He’s successfully transformed himself from the obese sci-fi fan of his early twenties, slimming down and parlaying online commentary into a modestly successful career. He’s lumbered with a ridiculous alias chosen when younger to divorce himself from the family identity, and has a loving, but pushy girlfriend, Ivy.

Ivy is determined to be married, and immerses herself in Second World while still maintaining that line between play and reality, a line not always apparent to Woodrow, her online guardian and Vader’s friend. The cast is completed by Otis Boyd, first encountered in a bar claiming to be a Homeland Security agent, and so compelling with his conviction that even the cynical Vader, who knows him of old, wonders how much truth there might be.

All four are to varying degrees misfits for whom escape from their circumstances, if not reality, has been a requirement. It’s Vader who’s the most rounded character, his self-loathing logically set-up via both family background and early career moves. Ivy and Woodrow are characterised primarily through their online gaming interaction, which is well presented as their dialogue reveals no genuine understanding. Otis’ circumstances play out in oddly sympathetic fashion.

Other Lives has a major problem that’s glossed over by Bagge’s excellent cartooning. While the relationships are carefully crafted, it’s only the online sequences that are genuinely funny. Elsewhere the art combats the script, and when the misguided and overly melodramatic ending arrives it hammers this home. The funniest section, albeit bleakly so, is a coda in which real and online lives have merged from necessity.

Bagge is far too smart to take the obvious route of blaming digitally generated escape as responsible for people’s problems, but there’s no sense of its use serving any other purpose. It’s a constant distracting background to real life. Perhaps that is the point.

Character observation has always been Bagge’s greatest strength as a writer, and there’s plenty of evidence within Other Lives. If this was a project close to his heart, though, he’d perhaps have been better off injecting a greater gravitas and having someone else illustrate.