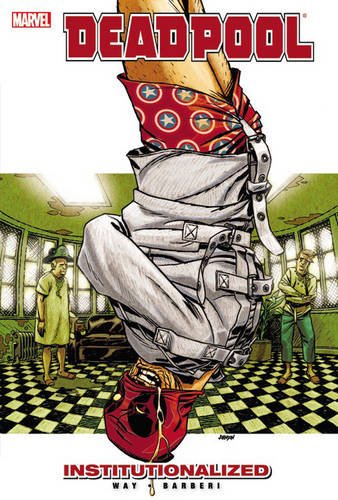 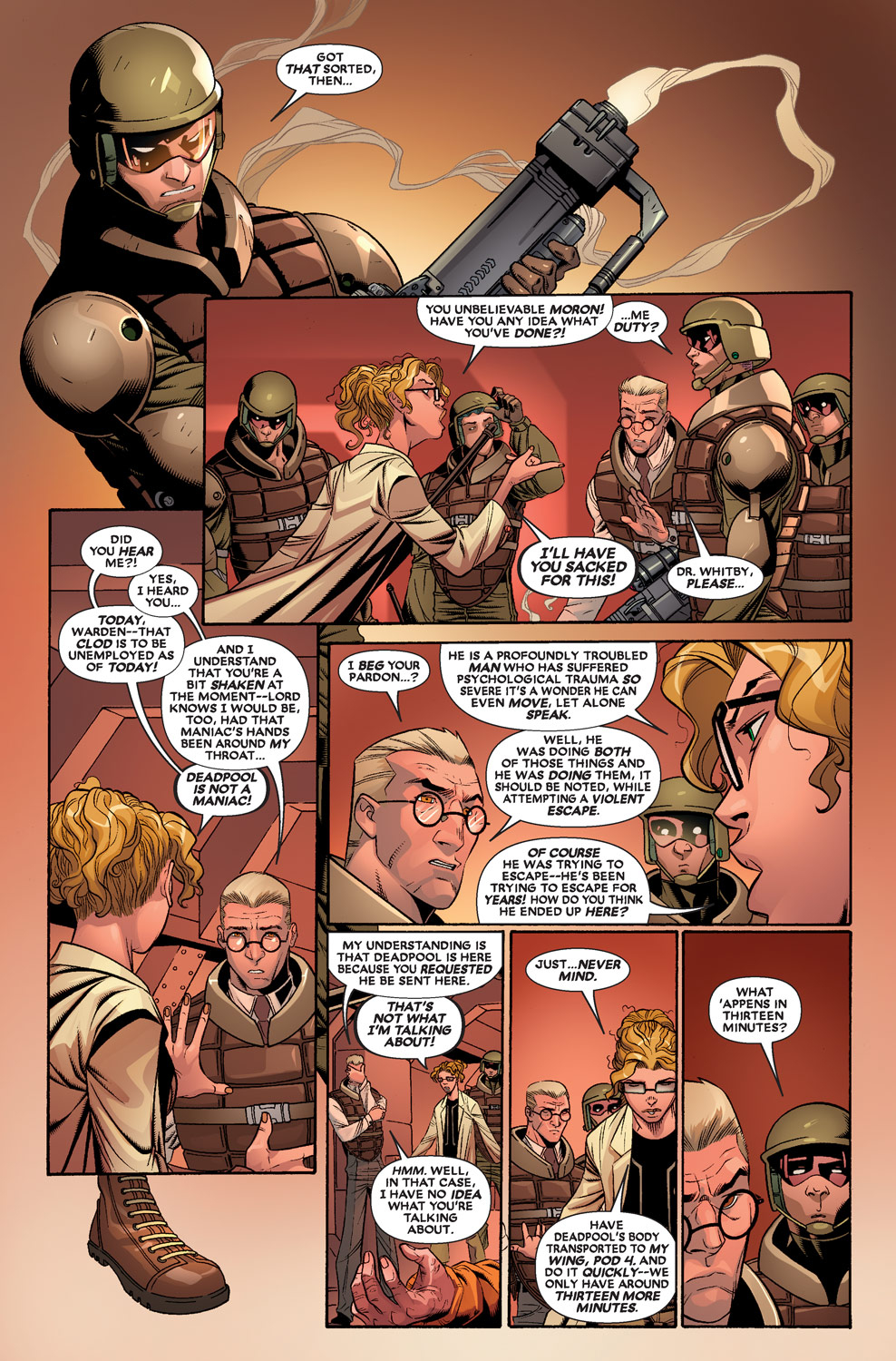 Deadpool has been doing a fair bit of pondering over the course of this series, by his standards at least, and the conclusion reached in Operation Annihilation was that his behavioural patterns indicated a desire for suicide. He subsequently discovered that when you’ve undergone a treatment that will regenerate your body no matter the circumstances, that’s not an option. Where his actions led him, though, was to a padded cell in a straightjacket.

Much of the humour in the title story comes over as forced, but that’s not necessarily bad as Daniel Way is making a genuine attempt to work under Wade Wilson’s skin via psychological assessment. He structures the story quite delicately, alternating therapy sessions with Doctor Emma Whitby having to explain to the head of the unit why it is that Deadpool is responding in certain ways. By the halfway point there has been progress: “What I’m hearing is that one of the most violent and mentally unstable reprobates on the planet has gone from raving lunatic to model prisoner in less than three weeks”. It’s not as simple as that, though.

There’s a well concealed twist that leads into the second tale, which is also very good even if we do have to swallow a simultaneous plot twist that’s considerably more clichéd. Stick with it if you want to see Deadpool as the Queen of the UK (and who, reading this, wouldn’t?)

Everything is drawn by Carlo Barberi in his economical fashion, but he has problems with Dr Whitby, referred to as ugly throughout, yet drawn by Barberi as a typically attractive geeky woman, given some extra weight in later chapters. The ugliness isn’t the sexism that could be inferred, as it has a place given the manner in which Way has constructed Institutionalized.

Given the tenuous grip Deadpool has on sanity at the best of times, it’s odd that this story specifically dealing with the topic presents a Deadpool somewhat saner than usual. It’s a page-turner, though, and leads into Evil Deadpool. Both can also be found in Deadpool by Daniel Way: The Complete Collection volume three. 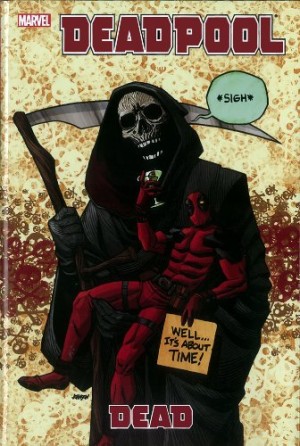