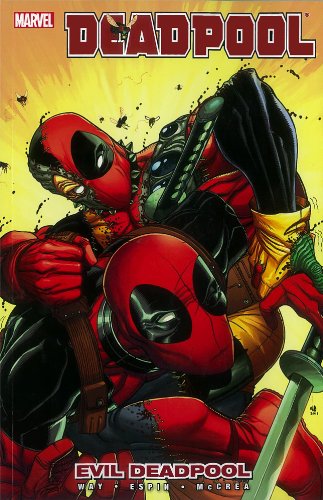 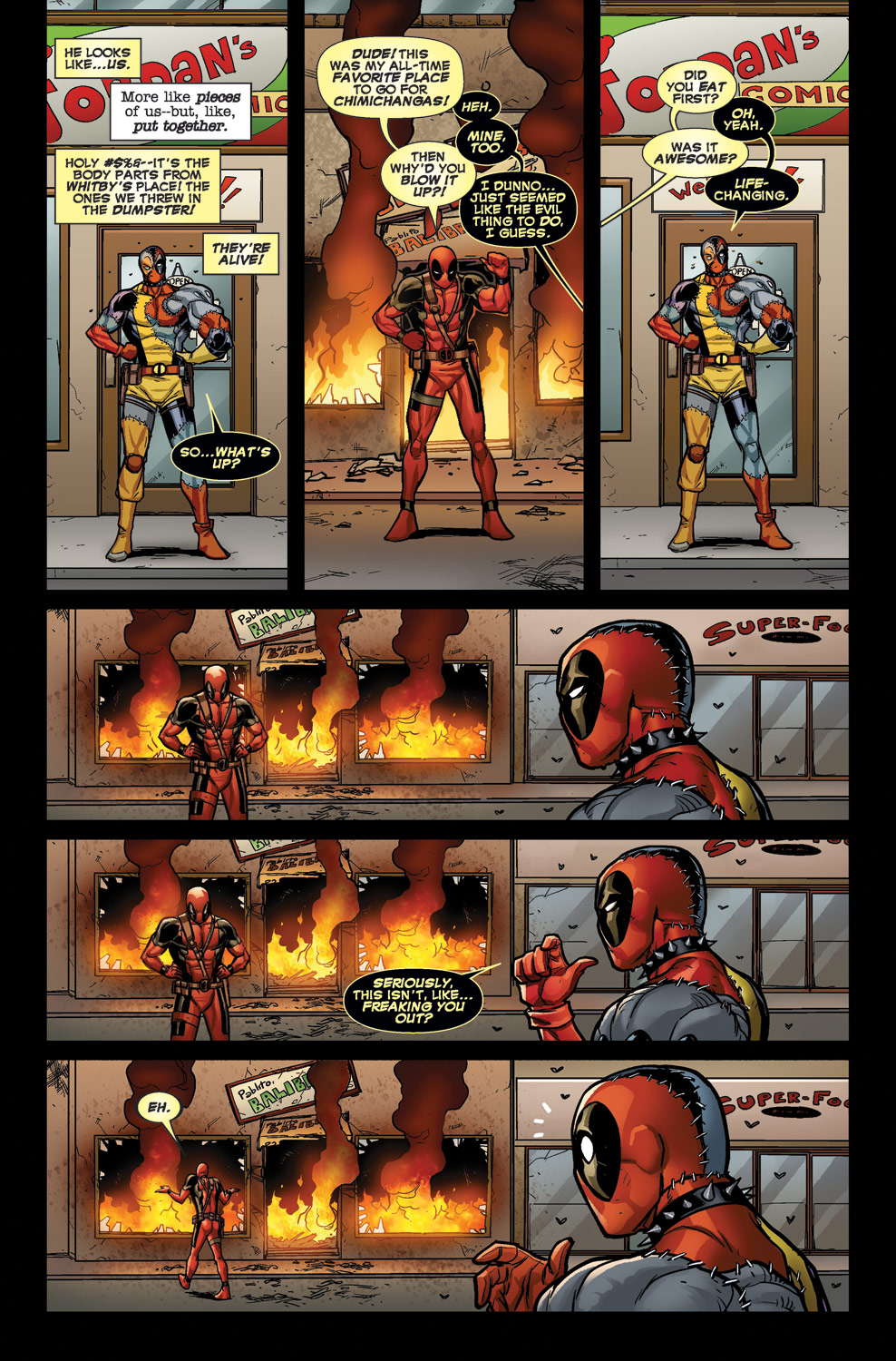 There’s an obvious question about Deadpool that needed laid to rest, and in Evil Deadpool it’s dealt with head on. If Deadpool has been treated to regenerate no matter what condition he’s in, what happens to all those bodily parts that have been discarded over the years? Yes, those bodily parts seen refrigerated in Institutionalized, and discarded in a bin bag. Do they also regenerate? Could there be more than one Deadpool?

Well, let’s just say as Deadpool works his way back to the USA in the freight hold of a ship, Deadpool is also flying first class. “Yer probably gonna hear a lot of gunfire, some screamin’, stuff like that, but don’t worry, okay?”, says one of them, while the other is far worse.

Daniel Way is on good form, helped by having Salva Espin draw most of the book in more dynamic style than we’re used to. There are some really good gags, not just verbal, starting with a stunner involving suicide. Yes, really. Suicide is quite the recurring theme in this series actually. It’s a pity psychiatrist Dr Emma Whitby’s no longer around to offer some insight into what this may say about Way.

As if having an evil twin running about wasn’t complication enough, Captain America is gunning for Deadpool as well. It’s is the typical two heroes fight over a misunderstanding plot, except the misunderstanding is slightly larger than usual.

The plot overall is a variation on Bill and Ted vs Evil Robot Bill and Ted, but who remembers that these days? There’s a lot of fun to be had seeing Deadpool attempt to outguess his doppelganger (“Thought for sure he’d bomb the crap outta the Times Square Olive Garden”), and a more complex plot than at first seems apparent. It all leads into Dead, which is one whopper of a volume.

Ah, but wait. Before that there’s ‘Deadpool The Musical’. The question here is whether comics set to music ever work as intended. While the effort involved in condensing this entire series to date in the form of song lyrics is formidable, is anyone really going to sing along? John McCrea’s art is suitably wacky, delivering Marvel heroine backing singers and pretty well everyone of consequence in the series, but it’s an experiment that falls flat.

This content is also available as part of Deadpool by Daniel Way: The Complete Collection, volume three. 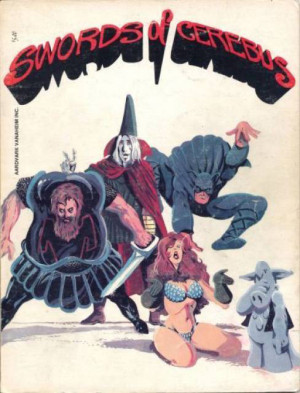