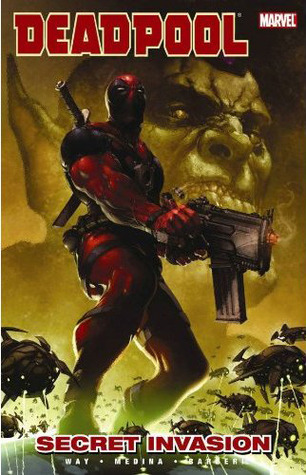 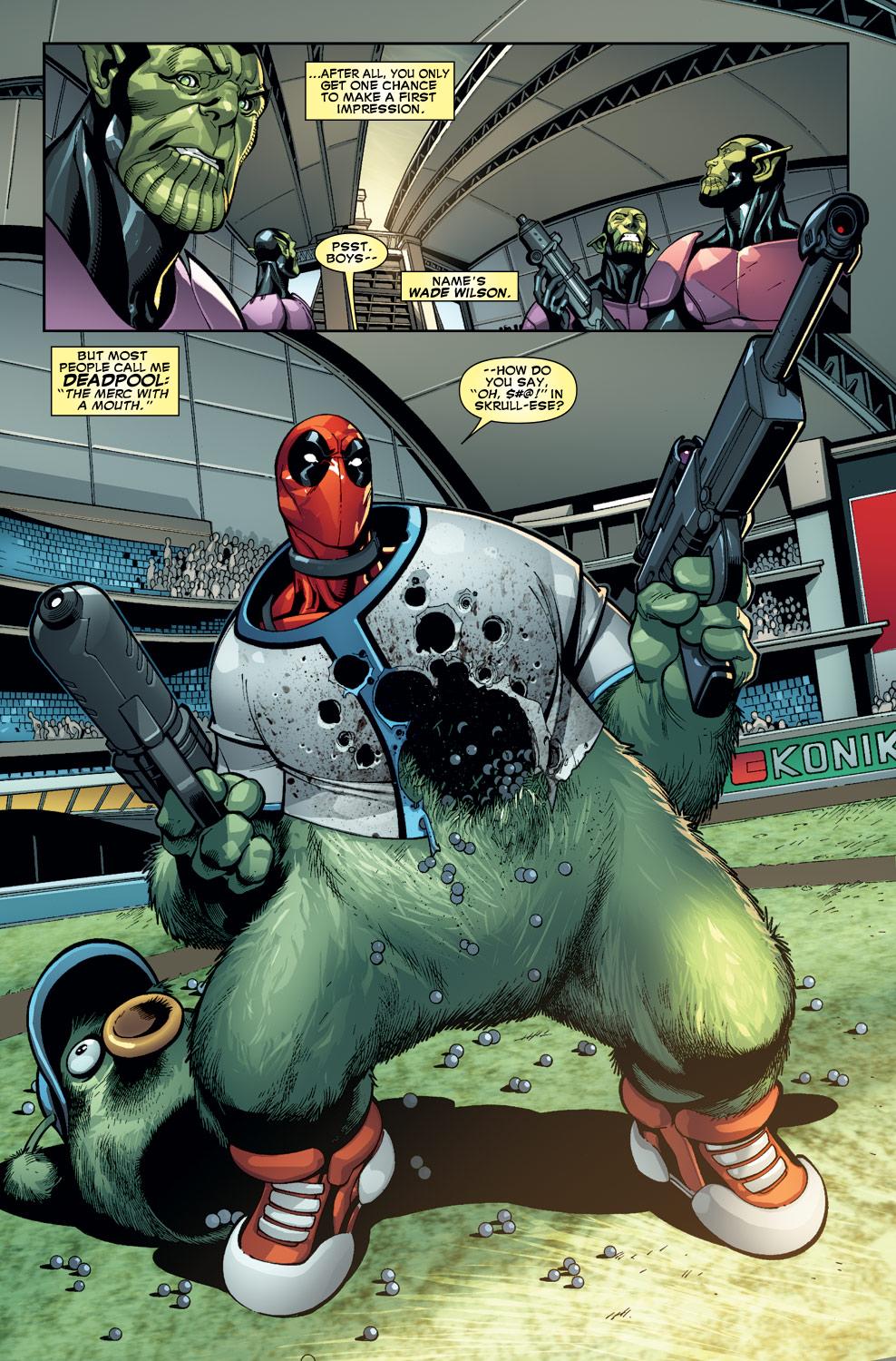 Four years teaming Deadpool with Cable had been a mixed blessing, and separating them into their own titles was not before time. Having said that, there was no great groundswell of anticipation for a series announced as being produced by Daniel Way and Paco Medina. How wrong people can be. It’s arguable that without Way’s immediate affinity for Deadpool’s particularly verbose shade of insanity there would have been no movie in 2016.

“I tend to view the world differently than other people” is Deadpool’s opening line in this series, which rather understates the case. Re-launching him right in the middle of an alien invasion by the shape-shifting and militaristic Skrulls was also spot on. There’s no need to be concerned about levels of violence and an excess of murderous behaviour if the planet is being invaded. This is Deadpool, though, where the unpredictable rules, so after an audition he ends up training a troop of genetically accelerated Skrulls with their shapeshifting abilities and his rapid healing factor. “Hey, losing body parts is part of the job. Get used to it. Best thing to do is to pick up what you can and hope you can get it re-attached before the flies show up.”

Medina’s contribution extends beyond straddling the fine line below which pastiche descends into farce and supplying dynamic storytelling. A feature of the series is the hallucinations experienced by Deadpool, and these are signified by panels with rounded corners. Keep that in mind, as there’ll be times as the series continues you’ll be fooled. Always at complete odds with reality, they’re also inventive and frequently visually hilarious. Deadpool’s iconoclasm was long-established, and this is probably the only place you’re going to see Nick Fury, eye patch and all, rendered as an infant with a dummy hanging from his lips.

The title story is drawn exclusively by Medina, but Carlo Barberi comes on board for the other tale here, where Deadpool is sent to Eastern Europe to tackle the creator of a new form of zombie. His more stylised pencils aren’t as appealing, although a sequence with Deadpool’s head emerging from stocks and his expression morphing is well produced.

Much of Deadpool’s previous output was handled by writers whose incessant verbal overdosing for Deadpool was the equivalent of the Marx Brothers coked-up. It was too high octane and crowded out all else. Way achieved the right balance between plots and verbosity early, and continued.

The next volume is Dark Reign, and the content of both can be found in the first volume of Deadpool by Daniel Way: The Complete Collection. That also includes a tryout of sorts, as Way pits Deadpool against Wolverine in battle that preceded this series.