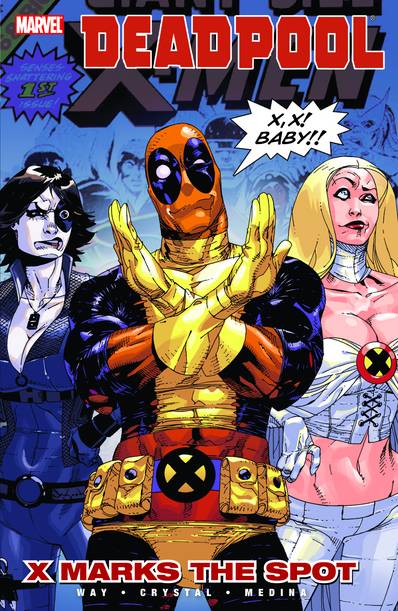 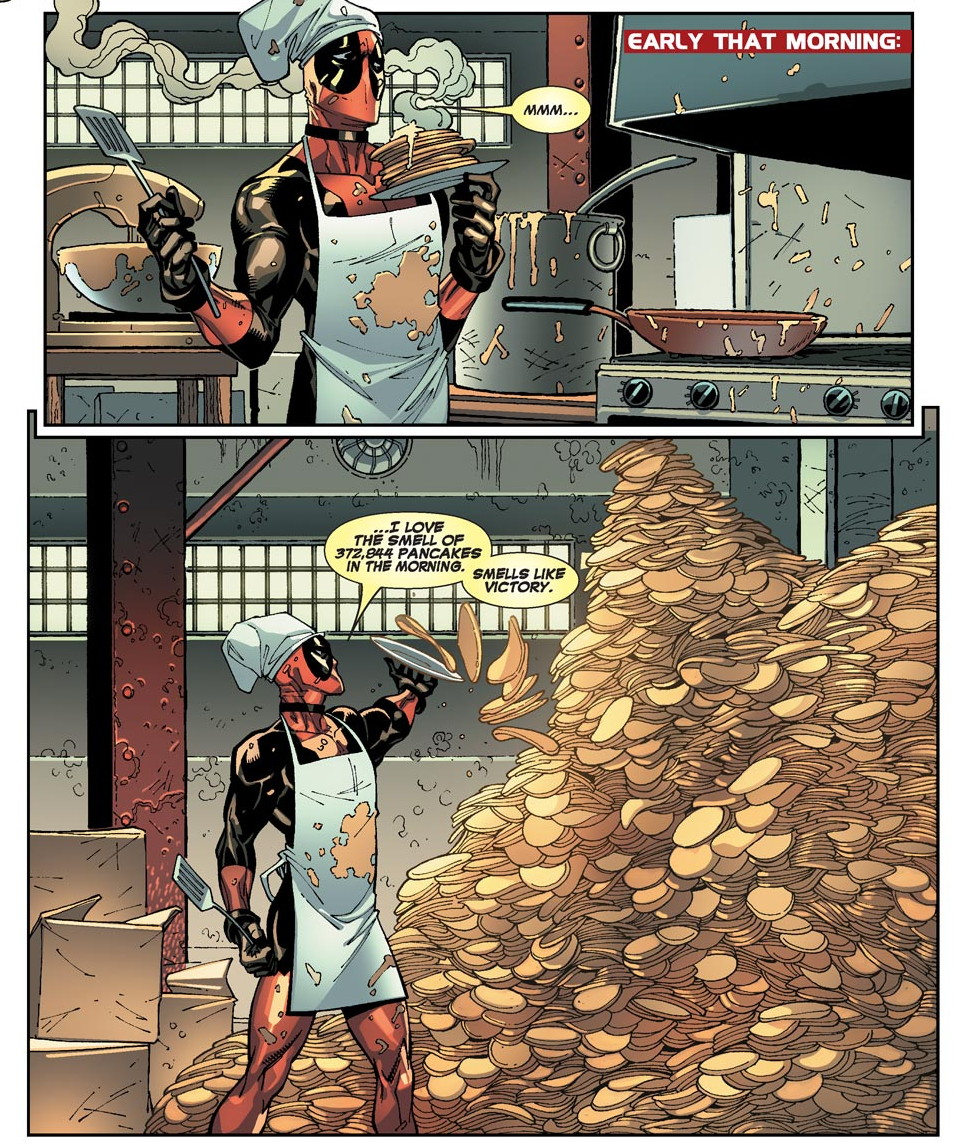 Deadpool has come into money. An awful lot of money. Life-changing amounts of money in fact. So what’s his plan? To buy a boat and become a pirate of course. Conveniently, his mate, former Hydra agent Bob needs a change of career, and Deadpool has met these guys in Vladivostock who can sort him out with exactly the boat he wants. They’ll even fit it with guns for just a little extra. “You are like demented clown sent from heaven on wings of angel”, says one Russian, and just for good measure the other adds “I feel like kissing you as a man kisses a woman”.

This is Deadpool, so even though his first plan of action appears sound and consistent with the act of piracy, it doesn’t work as conceived. And the same might be said about the story, which is Daniel Way on autopilot. There are a few funny lines, and a good gag about Bob’s uniform, but much of the rest lacks any great purpose. Shawn Crystal as artist isn’t great either, as he over-eggs the jokes.

Never mind, Paco Medina is back for the story arc where we investigate Deadpool’s deepest desire, which isn’t as x-rated as you might imagine. Having acquired all the money he needs in Dark Reign, the conclusion Deadpool reaches is that he wants some attention. The solution is a while in coming, but it amounts to Deadpool figuring his future lies with the X-Men.

There are misunderstandings, as one might expect, but it’ll be an odd and somewhat twisted mind that figures out where the story’s heading from there. Which is just the way you want it, right?

Way plots on several levels, and some aren’t apparent until he waves them in your face. What trundles along as typical Deadpool mayhem, just involving the X-Men, actually has a purpose, and very touching it is too.

Overall, though, this book doesn’t provide the entertainment value of its predecessors, which is shame. That said, the next book is Monkey Business and the series highlight so far. Both that and this also form part of Deadpool by Daniel Way: The Complete Collection, volume 2, which finds space for other material besides.