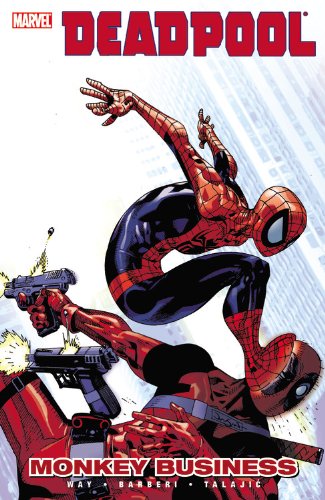 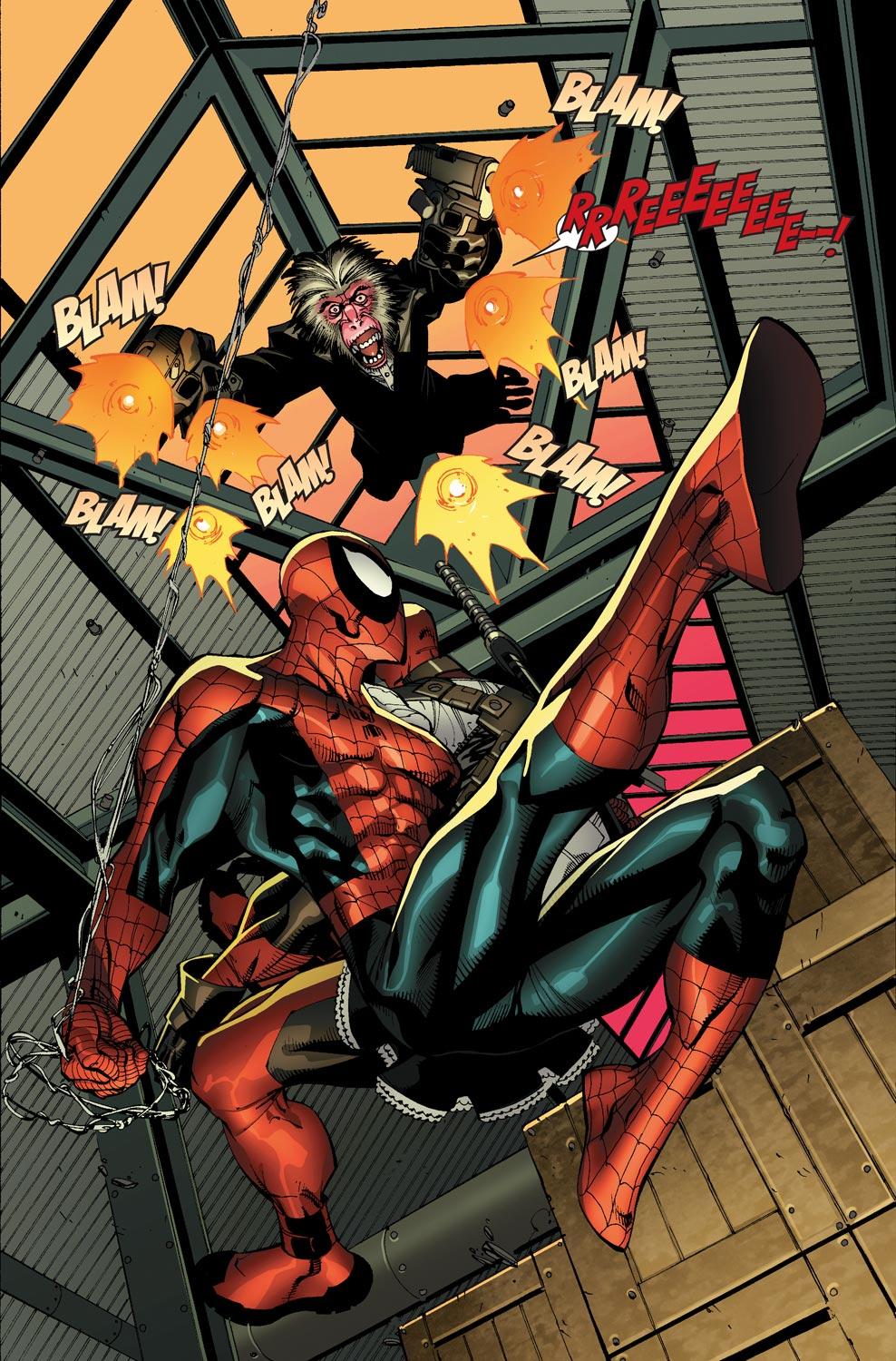 Deadpool’s a pretty wacky character, right? He’s a certifiably insane, yet deadly, assassin who’s prompted by the whims of the moment, maintains his own internal dialogue and experiences frequent fantasy-based hallucinations. It surely can’t be the case that he can be relegated to only the second most interesting character in his own book, can it? Well, yes.

Before that, though, there’s “Spider-Man and Deadpool teamin’ up to serve white hot justice. We should celebrate. You like hot-dogs?” This is played relatively straight, and given the way Deadpool works, you begin to wonder if Daniel Way’s having an off day. He’s not. It’s a mood that needs to be set to derive the maximum value from the introduction of Hit-Monkey. Yes, you read that correctly. “He’s a hitman. Who’s a monkey”, explains Deadpool, ever-helpful.

He is indeed, and he’s fantastic in concept and execution (so to speak). As the idea may stretch credulity, even in Deadpool’s world, we’re also given a chapter detailing Hit-Monkey’s origin, excellently drawn by Croatian artist Dalibor Talajić. Way mashes zen-mysticism with the Punisher’s motivation, and plays it completely straight for a tale some might believe couldn’t be effectively pulled-off.

New regular artist Carlo Barberi, who also contributed to Secret Invasion, isn’t as pleasing as now departed stalwart Paco Medina, taking his influence from manga to deliver big eyes and pointy chins, which mysteriously disappear when the face masks go on. That’s just a matter of style, though, and he’s technically very good. So’s Tang Eng Huat, who also has an angular cartoon style. His tale is titled ‘Do Idiots Dream of Electric Stupidity?’, in which Deadpool is on a bus stopped and robbed in rural Georgia. It rounds off the best collection of Way’s Deadpool to date, without a dip of any kind. Next up is What Happened in Vegas.

This can also be found in volume two of Deadpool by Daniel Way: The Complete Collection.