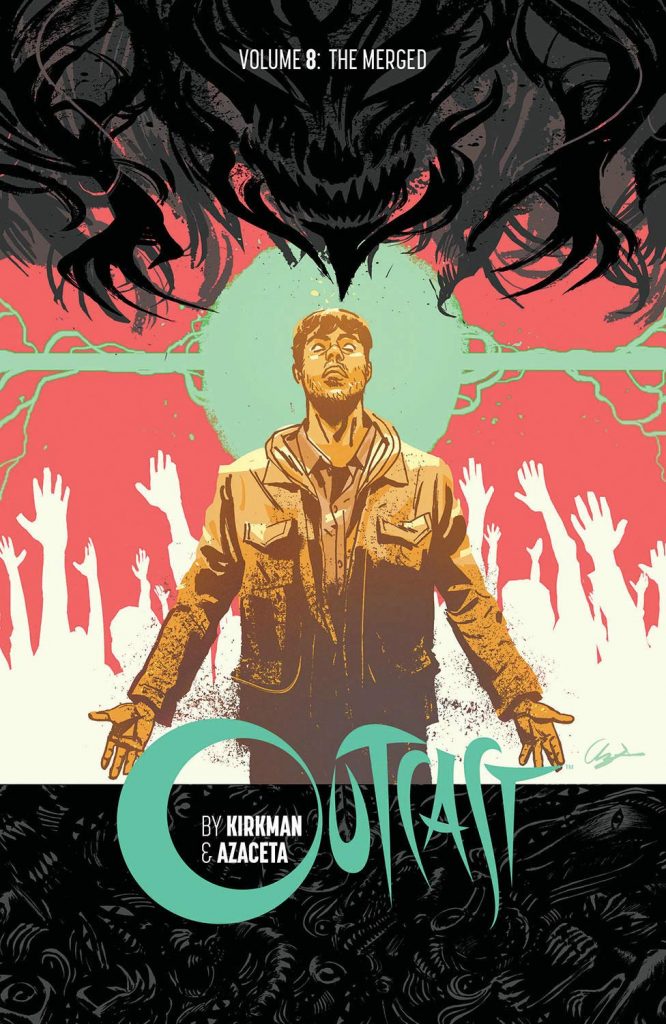 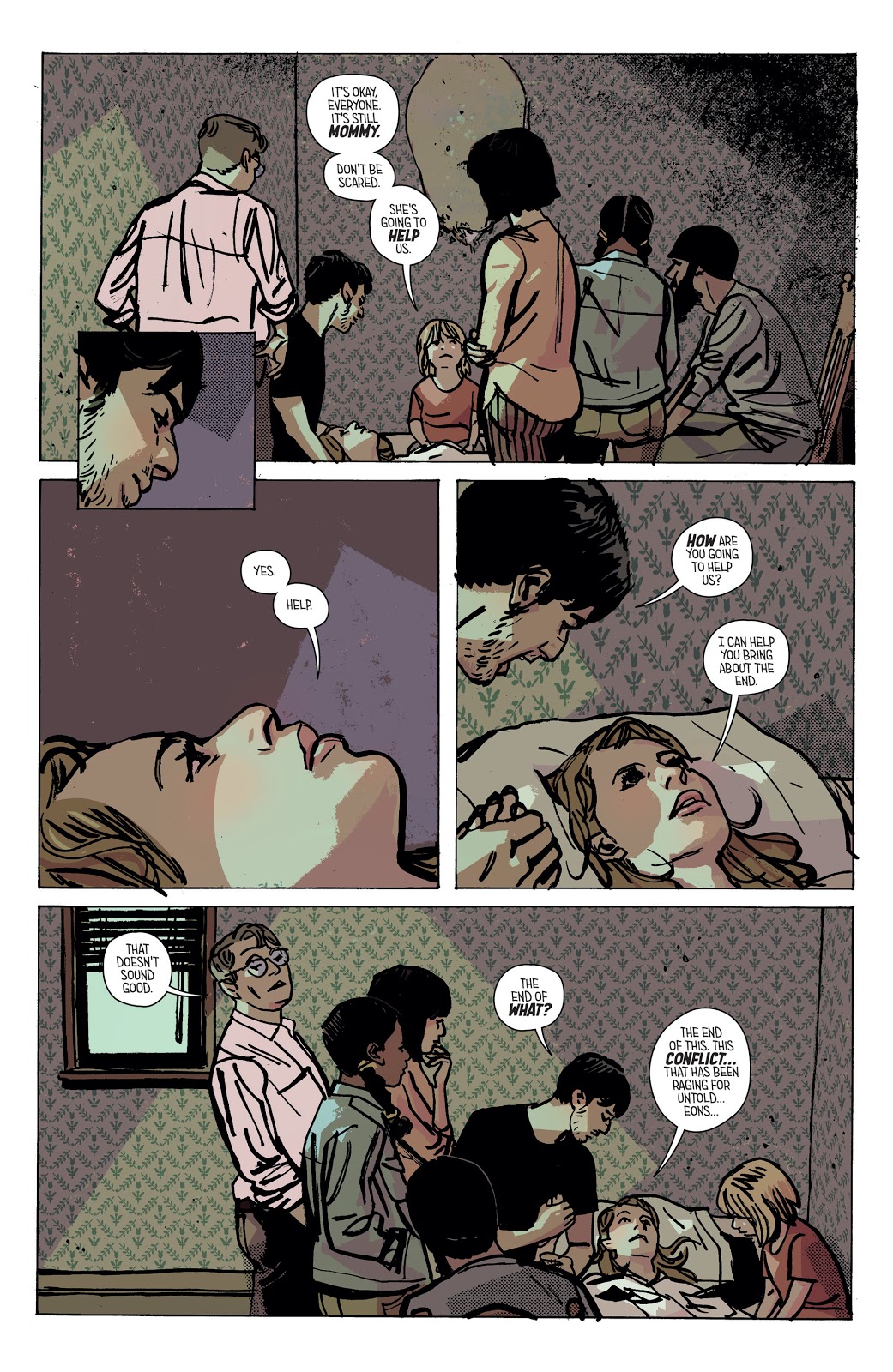 Is anyone going to pick up The Merged without having read the earlier seven volumes of Outcast? Probably not, which is just as well as Robert Kirkman makes no concessions to them.

This concludes the story of Kyle Barnes, who’s taken quite the journey that’s led to him being central to a war between ancient beings that have spilled into Earth. For some while we’ve learned that the Merge is due, and as this volume starts, it’s begun, as seen to end The Darkness Grows. There are shades of light and of darkness, but broadly speaking Kyle is within a compound where those who have humanity’s best interests at heart are gathered. The seemingly more powerful possessed by evil have demonised them, setting a race against time in motion. It hinges on a doorway allowing entrance as well as exit, and the hook is that for all of Kyle being a central figure with others believing in him, he’s pretty well winging it. “I’m lost. I don’t know what to do anymore”, is his frank admission.

Paul Azaceta is an under-rated artist because there’s not much flash about his pages, just solid draughtsmanship and a willingness to put the work in to ensure we’re convinced that a location is packed to the rafters. He designs the cast well, he drops them into the darkness well and when the occasion arises he delivers the spectacle well.

Kirkman’s skill set is squeezing every ounce of drama out of a tense situation. The bigger picture is almost beyond comprehension, but he keeps the focus tight on people, those inside the compound who have misgivings, and those outside certain they’re about to be the dominant force. It eventually boils down to a very Biblical confrontation hallmarked by scenes where faith is tested, of temptation, damnation and possible redemption, and even a scene resembling the ascension. As has been the case from the start, it’s a dark brew.

For all that, and for all the nutty moments and all the tying up of loose ends, The Merged also falls flat. Kirkman’s good at keeping the tension high, and the payoff to the actual merge is suitably pyrotechnic, but it’s completed by a relatively lifeless and extended tour of what’s happened to different people. None of it really adds to the previous chapter, and we haven’t come to care about the cast enough that their individual moments resonate. The one sequence rising above and supplying the required emotional pull settles a family matter, but the remainder of the epilogue drags the whole story down.

Talking of the whole story, all eight volumes of Outcast were combined in the Complete Compendium only months after The Merged was released. 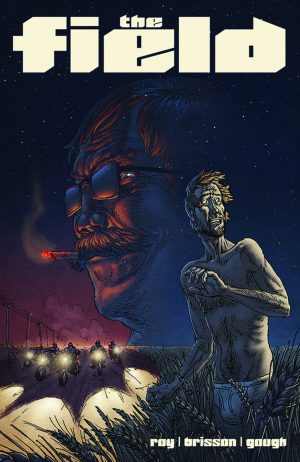