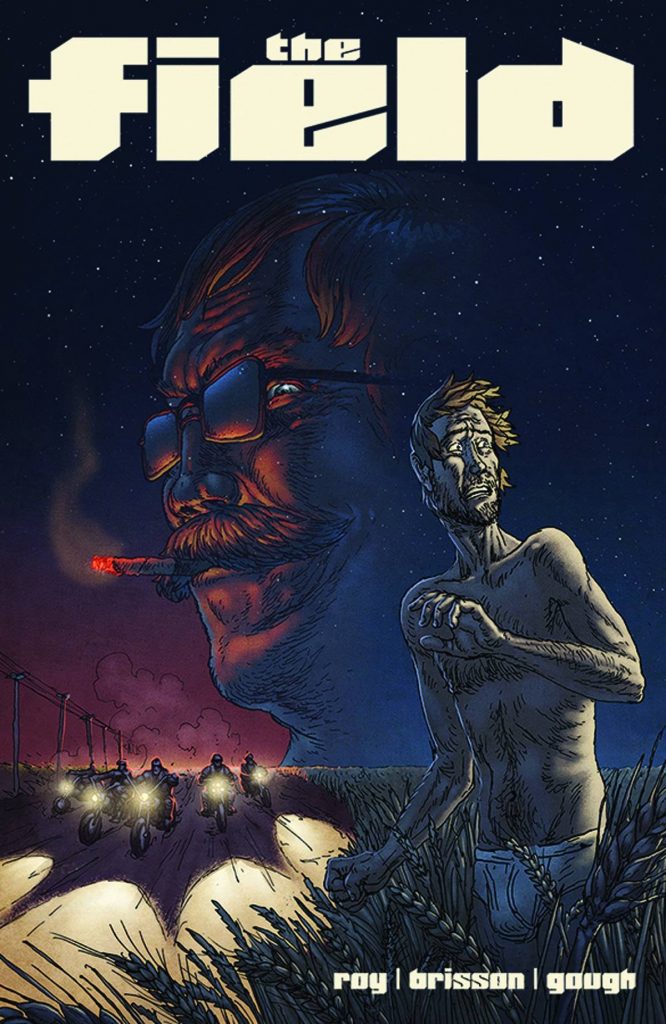 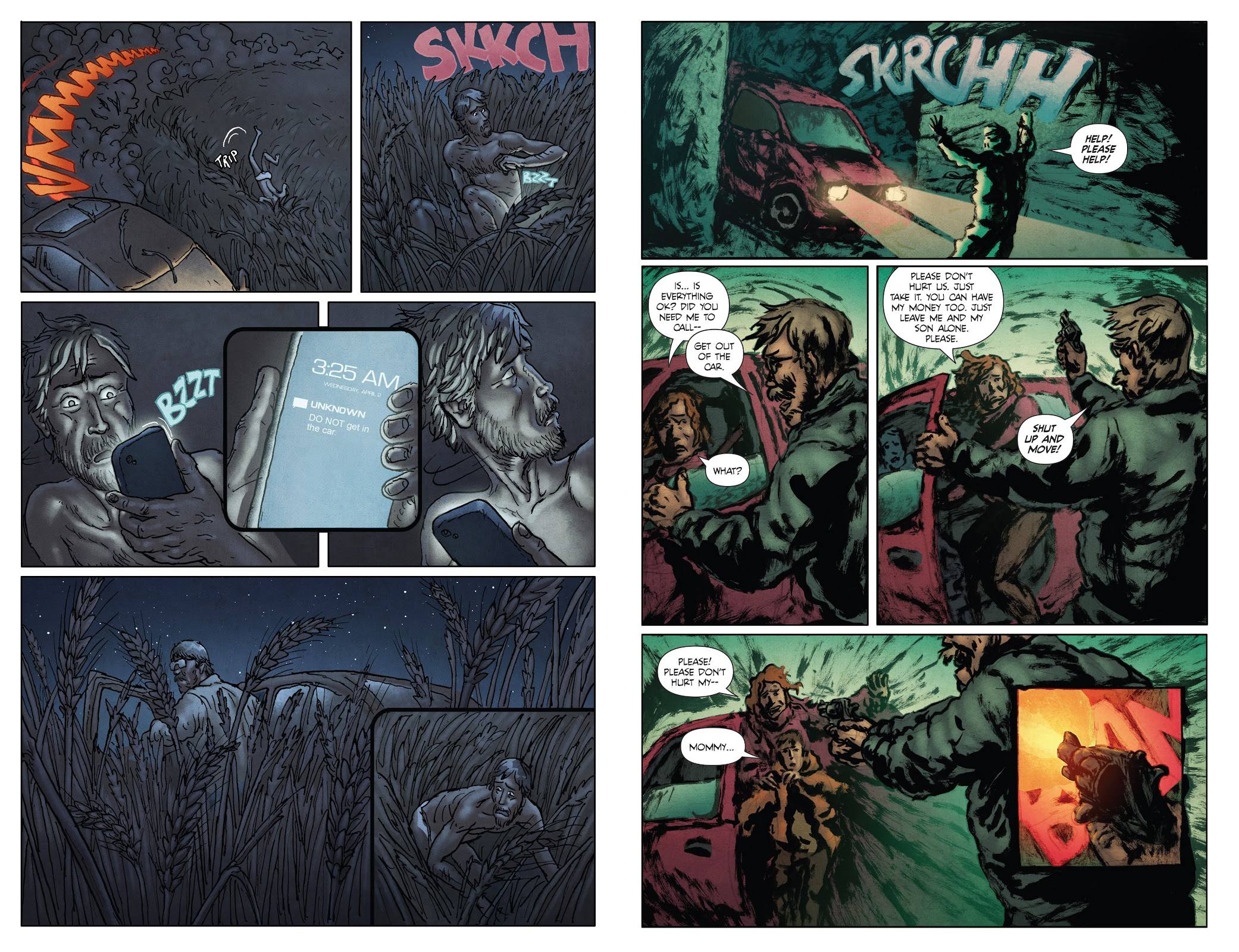 The Field opens with a man in nothing but his underpants hiding in a wheat field from a group of armed men. He doesn’t know why he’s there, nor even who he is, never mind who he can trust. On that score it’s surely not the fornicating, murdering, violent guy who claims to have found a loophole for his un-Christian practices and is being chased by a biker gang.

Over the opening dozen pages Ed Brisson and Simon Roy set up a horrifying sequence of events. Imagine it’s you amnesiac in that field, then being taken to one apocalyptic location after another with no idea why. Roy delivers that sense of ignorance exceptionally well, using two different styles as seen on the sample spread, both influenced by Richard Corben, yet neither slavishly imitating his distinctive work. He populates the remote world with one set of human horrors after another, filling the pages with chaos and confusion.

Brisson is the good cop creator, disclosing before halfway what it is the man can’t remember. He has a mission, and if he doesn’t succeed what he’s been witnessing will be the new normal. Into that Brisson throws in more and more complications. What starts as the horror of isolation and the unknown eventually grows to encompass a group of Star Trek cosplayers slashing their way through the disintegration with weapons from the TV show. The pace never lets up, each revelation followed by several more violent acts, and the plot is eventually revealed as clever, if basic. There’s a way to resolve everything, but how many of us would have the courage to take it?

Horror stories can be too obvious, so it’s refreshing to read something that provides the full dose of illicit thrills along with buckets of blood, yet still has something original to it.