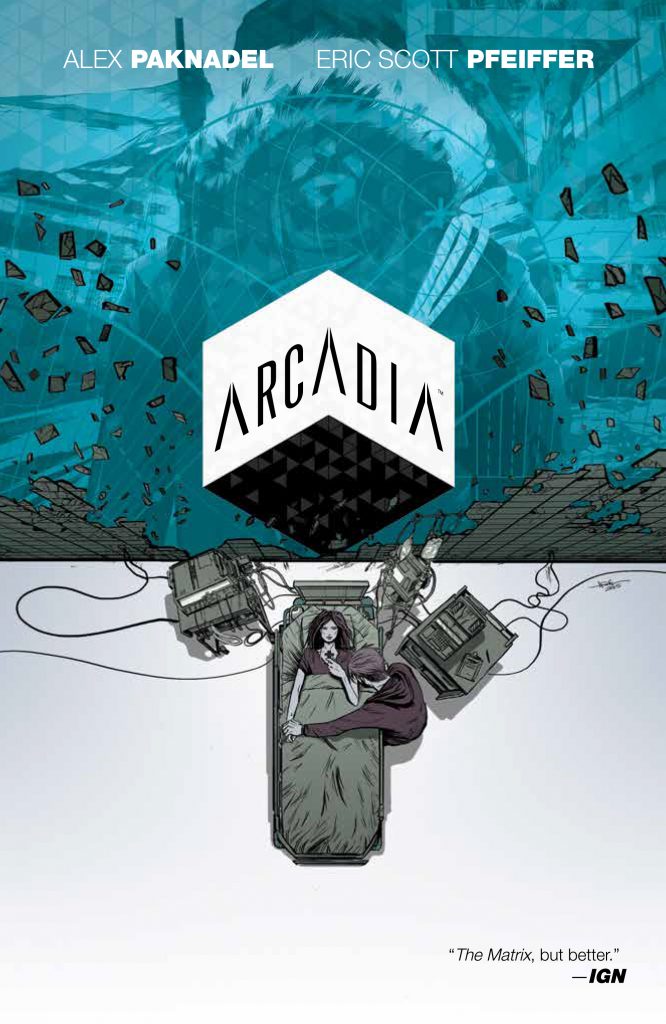 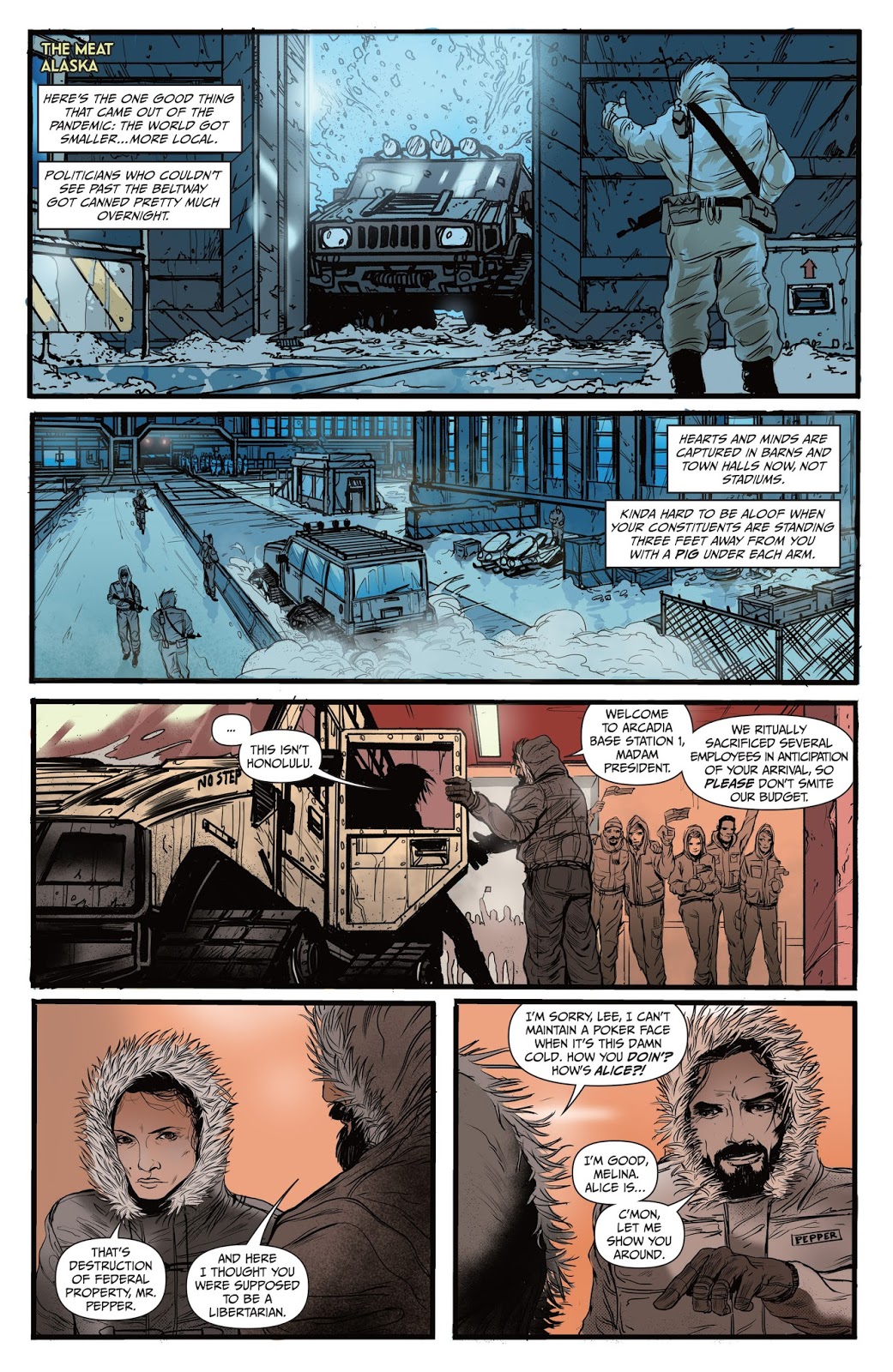 Arcadia begins with a fascinating premise. As a virus decimated humanity, the solution was to scan the brains of the dying, uploading almost seven billion to a vast computer simulation known as Arcadia, stored in locations around the globe. These people have built on their original community, while non-digitised humanity has been reduced to 150 million as the virus continues to circulate with no cure.

This is the more intelligent end of science fiction, concerned with society and ethics, sharing the theme of survival with its big guns and monsters counterpart. Alex Paknadel has worked out his worlds and political clashes along with the ramifications of most behaviour, presenting a co-dependent pair of forces pulling against each other. Those housed in the computer need what they refer to as “the meat” to survive in order to ensure their own digital existence continues, while humanity needs the digital minds, “the glimmers”, to find a cure for the virus. Anything other than official contact between worlds is outlawed, despite the living’s relatives being housed in Arcadia. Within both orthodoxies there are cultural clashes and personal agendas. There’s also an anomaly. Lee Pepper’s personality was scanned and uploaded to Arcadia as Lee Garner, where his family life continues, except the real world Lee is the only person to survive the virus.

It’s a big picture, and Paknadel rolls it out a little at a time, gradually increasing the cast and pacing Arcadia like a TV drama. Eric Scott Pfeiffer’s talent for scratchy real world locations and hypothetical environments is essential in the creation of the sinister undertones fed into Arcadia from the beginning, and the looseness about his people ideally defines their digital reality. It’s not as effective in the real world where the expectation might be for a tighter definition by way of contrast, but he’s learning on the job, and in the second half of eight chapters that picks up.

By halfway a group within Arcadia and a group on Earth have begun to realise there’s something wrong, that digitised people disappearing means interference with Arcadia’s root program, and only a very limited number of people have access to that. Is it agenda, coincidence or misfortune? Paknadel fosters suspicions and paranoia, but beneath the action thriller elements he’s asking the big question about what constitutes a human. There’s no heavy handedness about this. Paknadel’s priority is to entertain with his mysteries, but if you want to consider whether an evolving digital personality constitutes life, go right ahead. It’s one of many reasons Arcadia works so well, another being the attention to detail. Very few lines of dialogue are wasted, and there’ll be more to what may seem a throwaway reference to peach cobbler, not always Earth-shattering, but exemplifying the thought applied overall.

There’s a horrific answer to everything in what becomes a gloriously textured world, yet one also rooted in compassion, humanity if you will, and while Paknadel builds and builds, the payoff doesn’t disappoint either. Arcadia hasn’t received the attention it should have done, and if you like a smart SF thriller you should pick it up.