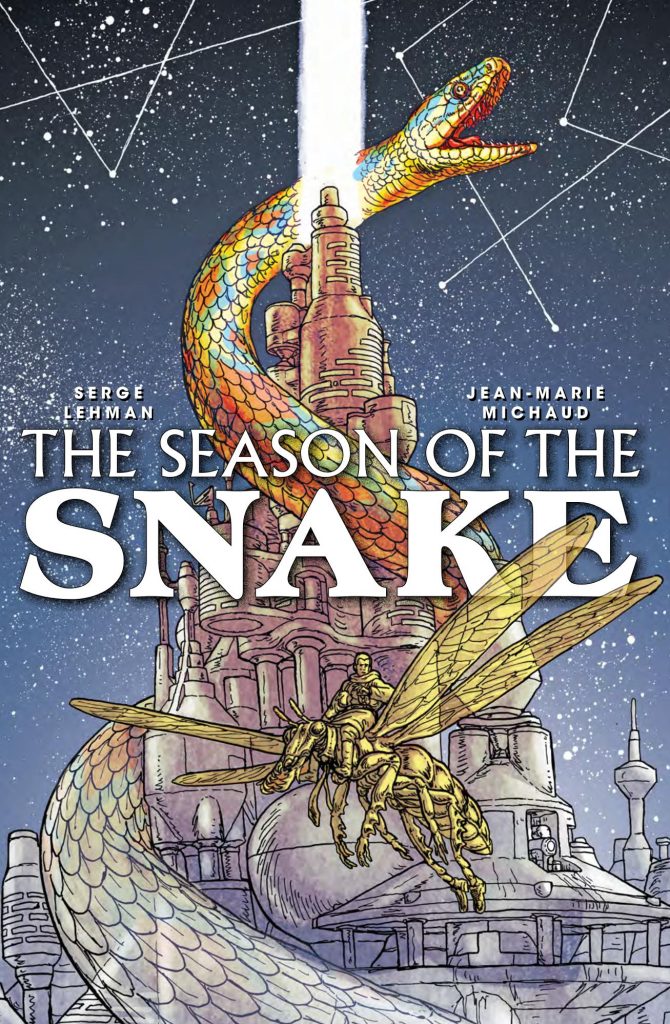 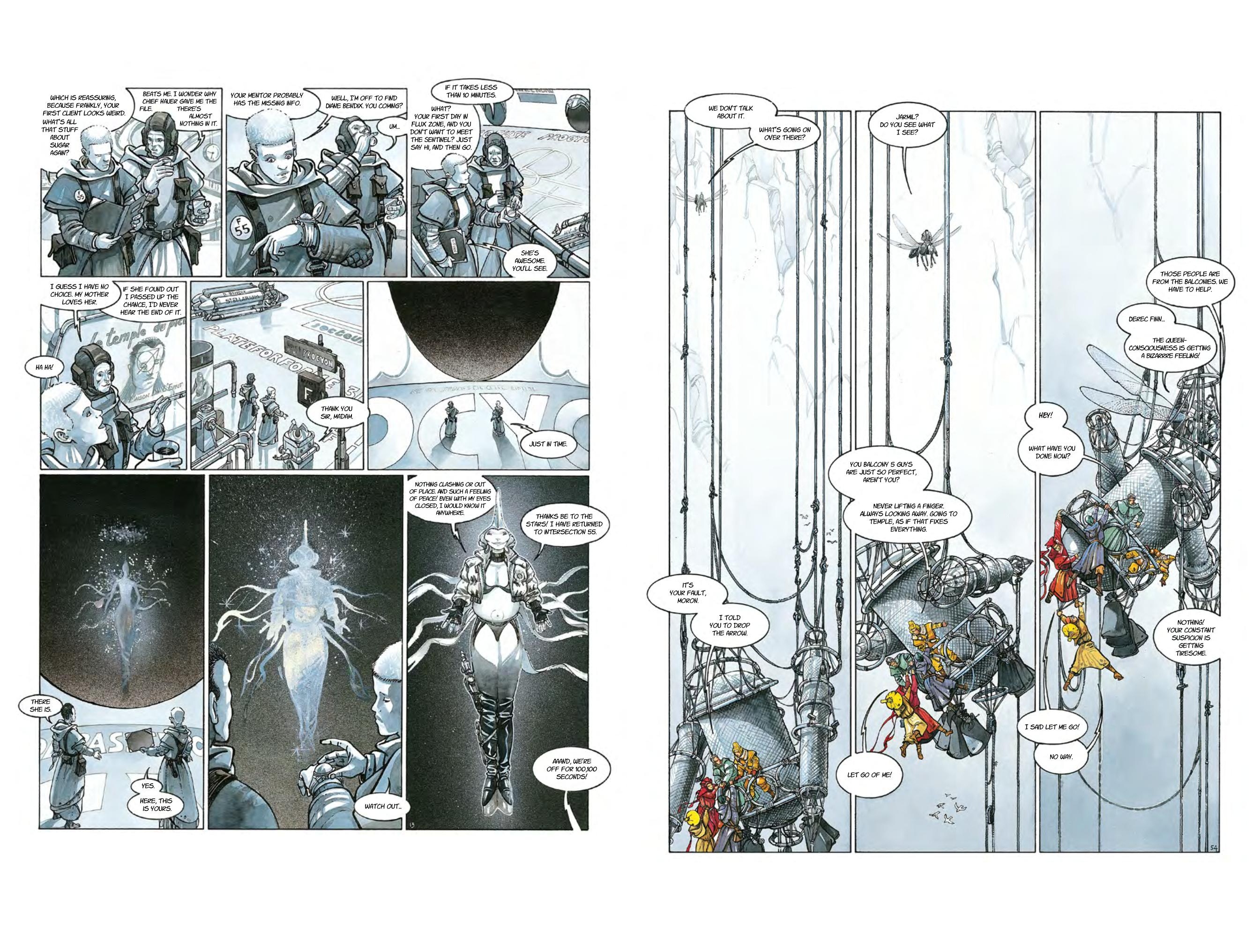 Combining three French volumes for a complete story, the Season of the Snake introduces the world of the future as seen through the eyes of Derec Finn, newly employed in Intersection 55, humanity’s connection point with the wider universe. Derec is a Servo, allocated to alien visitors as a guide and advisor. Unfortunately on his first day the only murder ever known at the connection point occurs, and he’s witness to it.

Jean-Marie Michaud’s art is phenomenal, from the detailed, world-building end of science fiction illustration rather than the ethereal, but the immensity of its construction is never at the cost of storytelling. It’s something to admire as the pages turn, but to be returned to once the story’s finished to note the effort put in, as time after time Michaud resorts to a detail-packed full page. He works primarily in shades of bluish grey, with the sparing use of other colours very effective, and having a narrative purpose. Also notable is the way Michaud uses solid outlined blocks for people, overlaid on lighter backgrounds to ensure the important aspects stand out.

An admirable economy characterises Serge Lehman’s plotting and scripting. Because the art is so breathtaking it takes some while to notice how thoroughly Lehmann is immersing us in the world he’s constructing, from assorted characters to small details. A lot is introduced over the opening chapter, and even more during the second as we become more familiar with the roles of those already seen. Season of the Snake isn’t a graphic novel that can be skimmed. In order for the plot to hit home, we have to understand how the society operates. At times this is difficult, the speech patterns of aliens deliberately complex for instance, but never entirely incomprehensible, and the interludes and strange practices are all eventually clarified. Having introduced a rigidly controlled society, Lehman sets about disrupting it, and the disparate people he’s introduced come into their own. Chief Administrator Hauer, Security Chief Hartog, a heavily pregnant, but near invulnerable superhero, a social anthropologist, a cleric advocating reverence for tradition, the novice Servo Finn and the more experienced Rhea, Barman Jax, Mediator Jarmil, and Pacifier Sherri all have roles within the tight ensemble plot.

Ultimately at issue is anarchic violence in a tightly controlled society, but Season of the Snake is no easy read. Much has to be connected from dialogue several pages apart, and even then the ending is of the type preferred by the wild adventurous French fantasists who broke the barriers with their imaginative SF in the 1970s. Symbolic and frustrating, in some ways it’s a logical conclusion to what’s been set-up, yet can also be seen as a cop-out. Endings featuring the all-powerful manifesting are difficult to write any other way. However, just because Season of the Snake might not be to all tastes in wrapping things up shouldn’t dissuade prospective purchasers. Over the first 180 pages there are multiple interesting ideas about well developed characters and situations, enough exotic mystery, and more than enough spectacular art to make this worthwhile for any SF fan.