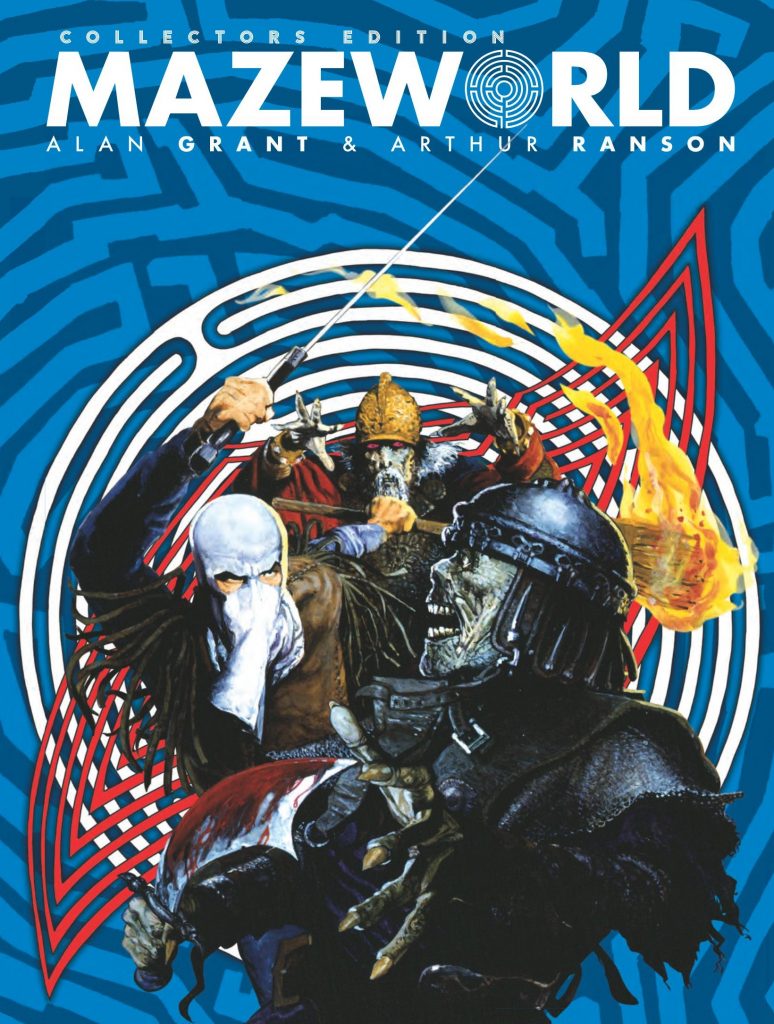 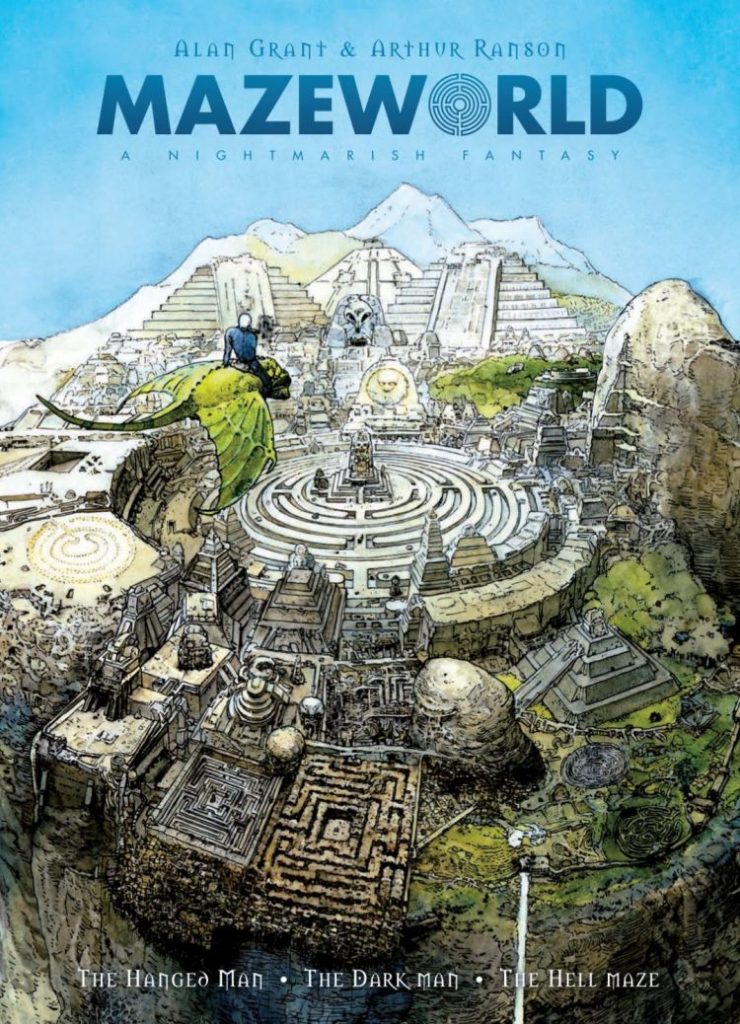 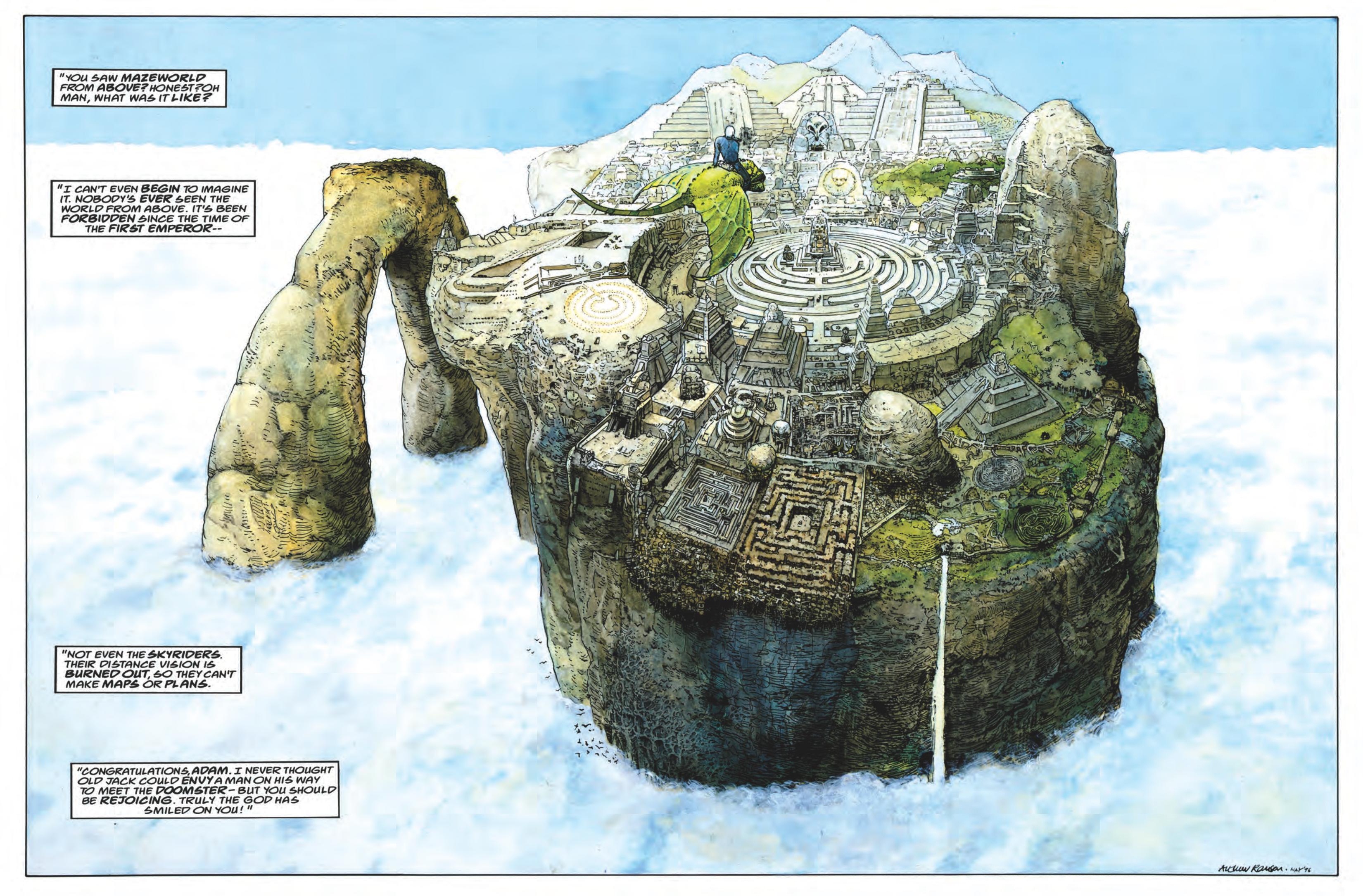 Alan Grant’s introduction to Mazeworld is more revealing than most. A lesser revelation therein that it was originally designed as a computer game concept explains much about the structure, and Grant’s appealing honesty extends to an admission of being nervous about creating a serious hero from whole cloth. All other serious characters he’d worked on had been existing features or had comedy elements. That Mazeworld is a serious project is down to Arthur Ranson wanting to draw something able to sit on shelves alongside European fantasy graphic novels.

Grant’s opening sequence is one that instantly captivates, with Adam Cadman being hung for undisclosed crimes, and awakening in a strange land where the hood placed on his head before hanging marks him as special. The Hooded One is a redeemer of myth, yet seems far removed from Cadman’s selfish personality because we may not learn what he’s done to merit being the first person hung from crimes in the UK for thirty years, but we are told “You’ve always been a troublemaker, right Adam? Bet you were a real bad boy.” While Grant sets the scene well, including surprising philosophical underpinnings to his core idea, it’s Ranson who’s the instant attraction, presenting page after page of deluxe detailed art every bit a match for the European artists he was hoping to emulate. Historical pageantry, trippy maze designs, astonishing spreads, epic fights, strange creatures… Ranson supplies them all, beautifully designed and immaculately drawn. Furthermore, he designed all featured mazes as puzzles that could be completed.

Cadman learns several things very rapidly. He can’t remove his hood, nor the noose around his neck, and every time he reverts to type and behaves badly the noose tightens. In story, Mazeworld is a series of puzzles to be figured out on a vast scale, with the possibility of redemption the ultimate reward. Individual sections of the world are ruled with absolute force by cruel and ruthless tyrants each hungry for more power. Grant plots a cycle of change and personal growth for Cadman, and includes some positively creepy, yet very imaginative sideshows, one being the fallen angel at the heart of man opening the second act. Here Grant cleverly links Cadman’s condition on Earth with Mazeworld, doubling the threats to his life. Where Mazeworld isn’t as compelling is that having introduced the fascinating idea of a series of puzzles, Cadman’s successes, and those of the people he becomes allied with, are a selection of individual battles and revolutions rather than puzzles to be solved. The greater novelty therefore comes not from Cadman’s adventures on a magnificent looking world, but from the sinister machinations of those into whose care he’s fallen on Earth.

It’s the final act before Grant really investigates the mazes themselves, and it’s the best section due to a far greater tension. Cadman has now accepted what he must become, and as he adapts well to the role of hero, forces back on Earth are toying with the unknown while simultaneously hampering Cadman. Ranson may no longer be providing ambitious spreads, but his classical realism remains astonishingly good to the final pages.

As a story Mazeworld is in places a puzzling missed opportunity, never taking the leap into new territory that the concept suggests. However, that it always looks great carries the story a very long way. 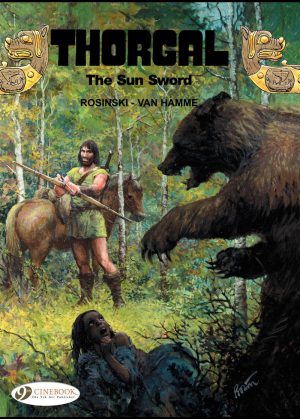