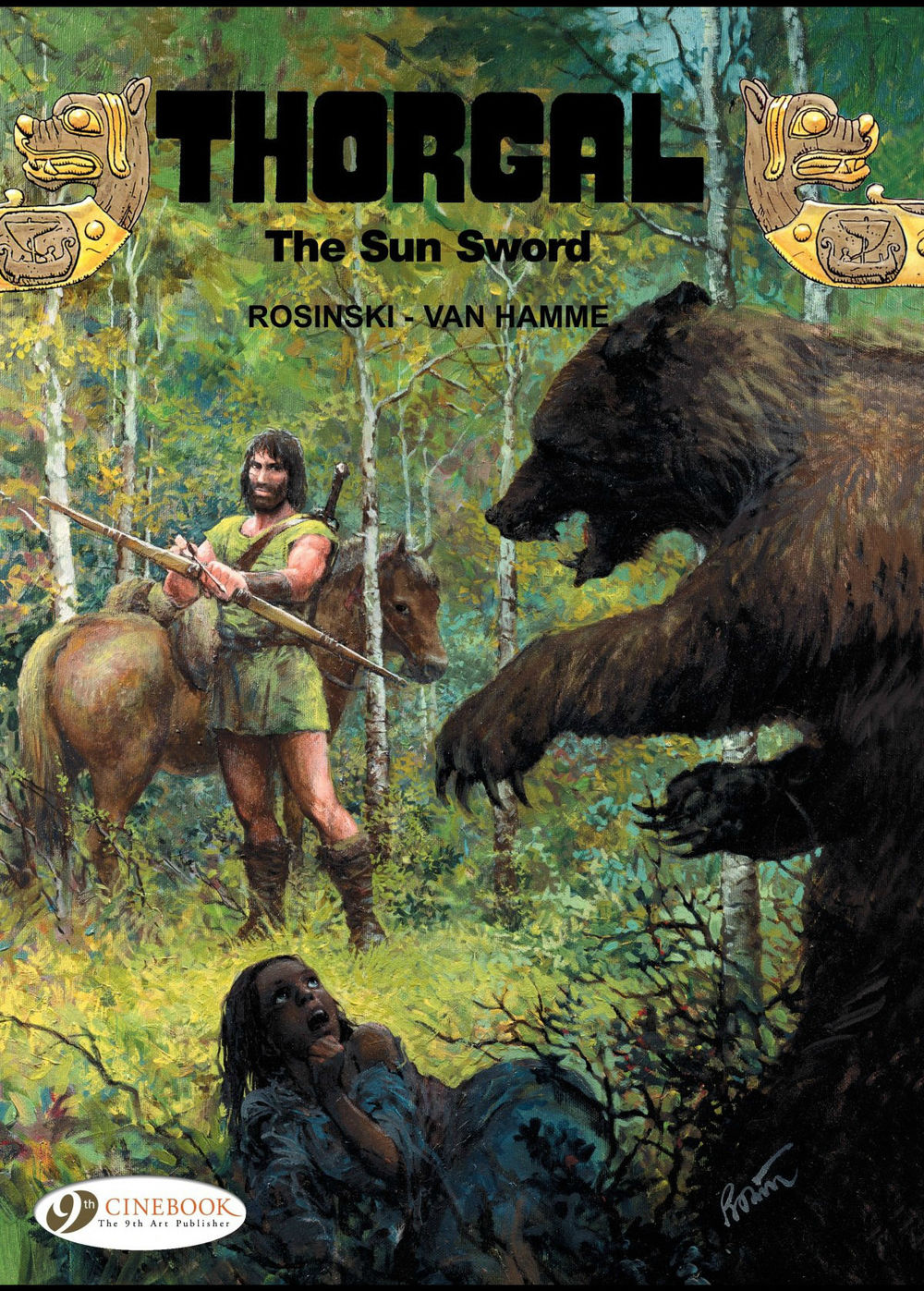 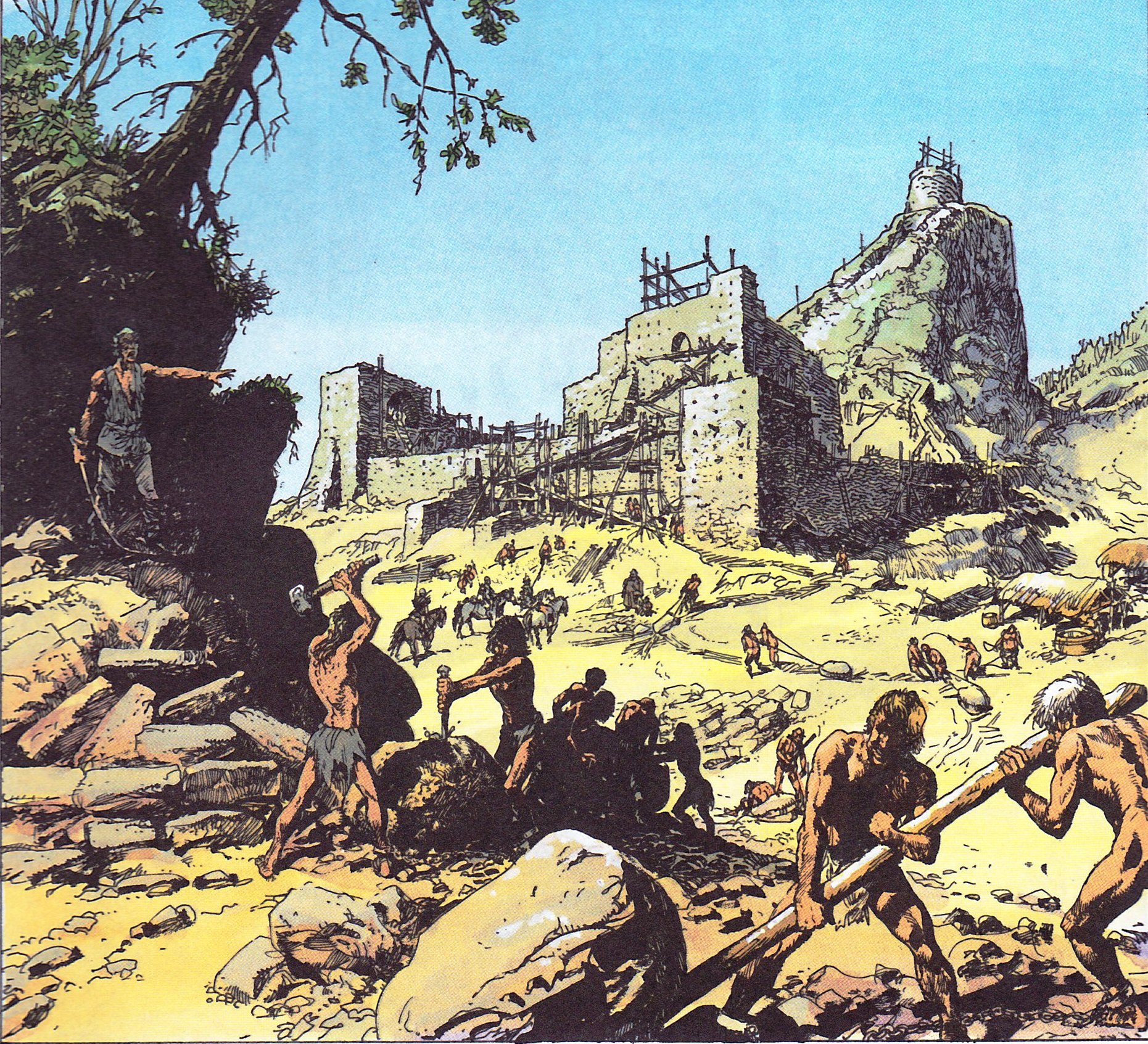 Thorgal is always a good fantasy yarn, but it’s better with a little science fiction mixed in. After the pure fantasy plot lines of the previous books, it it shows here in The Sun Sword (L’épée-soleil). Events in The Guardian of the Keys resulted in Thorgal’s separation from his family in a bid to ensure their safety. He’s now a wanderer far from home in a land that is becoming progressively stranger and more hostile. When a cowardly farmer betrays Thorgal to a local warlord he’s enslaved. Rumoured to wield a sword forged by the gods in the sun, the warlord is building build a kingdom on the backs of slaves. There is something about this Sun Sword, something familiar to Thorgal. While he has his suspicions, to confirm them he must escape and claim the Sun Sword. Doing so means Thorgal will have to rely on an ally both deadly and beautiful, one he believed dead. It appears his fate hangs in the balance and the gods once again toy with the man from the stars.

As a writer Jean Van Hamme is disciplined in resolving loose plot threads from earlier books. He is very imaginative in how he reintroduces characters, something you don’t see coming. He crafts a tense and moody atmosphere, accentuated by co-creator Grzegorz Rosinki’s artwork. It’s shot through with hope too and Rosinki effortlessly captures every emotional nuance. After the lack of scenic detail in The Guardian of the Keys, Rosinki returns to to excellent form. His colouring is masterful, moving the atmosphere in time with Van Hamme’s script. To highlight just one thing Rosinki is exceptionally good at, it’s battle scenes. Just take a look at The Land of Qa or his other work in Lament of the Lost Moors. The fights may not be on the same grand scale but they have a distinct sense of realism to them. One small gripe is that he has returned to using pantomime-esque villains again, although it doesn’t affect the course of the story. The reason it grates is that they simply don’t match the standards of some of Thorgal’s earlier antagonists, or even the ghastly villains he produced in Lost Moors.

That is no serious problem since it is still a very enjoyable tale. It even lifts the series out of the slight lull it previously fell into. It’s entertaining, keeping the adventure factor high without losing the thriller’s edge. Things take a different turn for Thorgal in The Invisible Fortress.