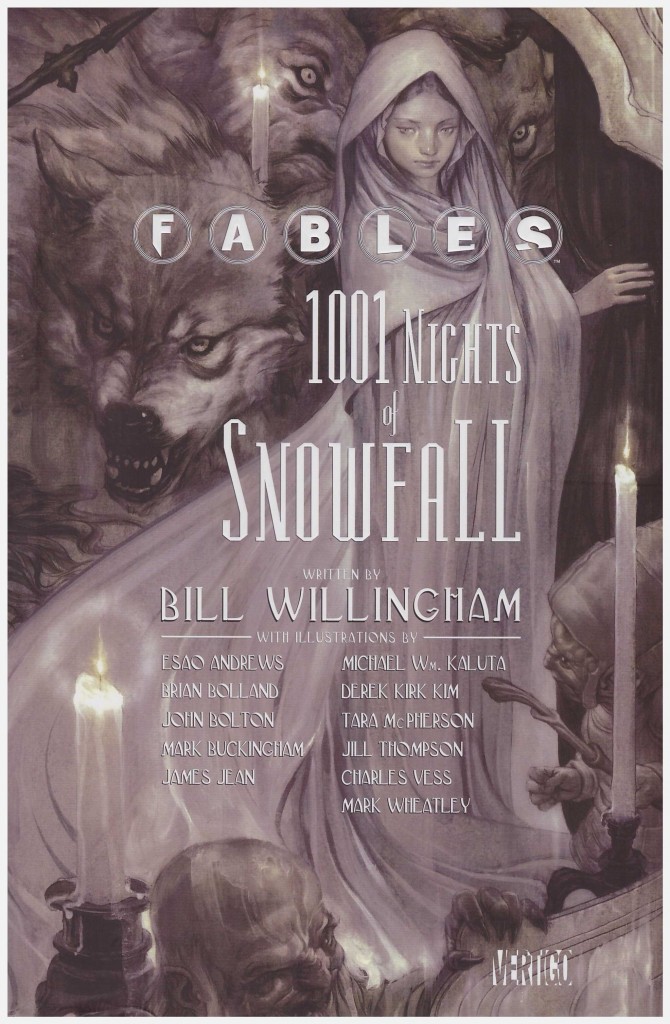 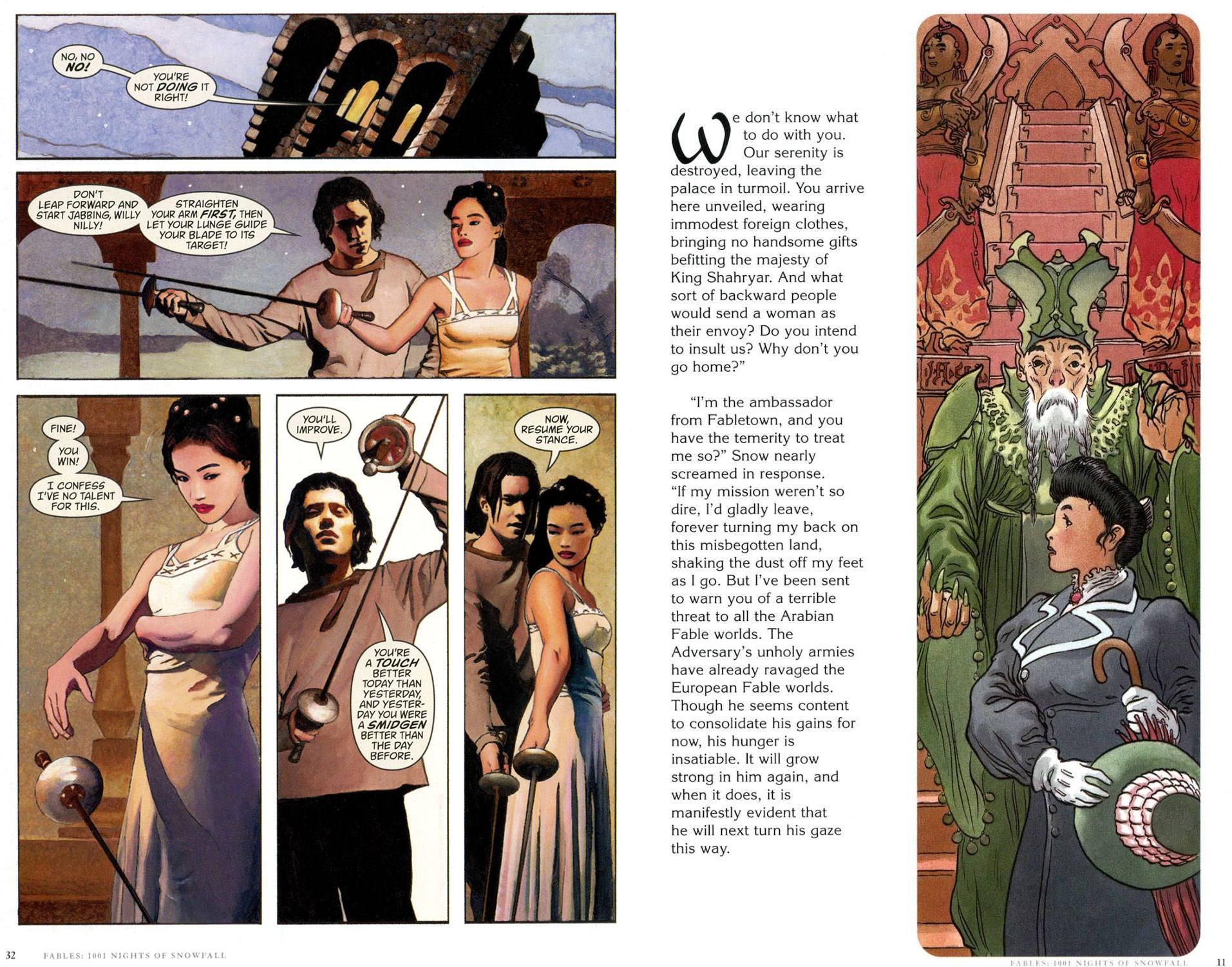 Despite other characters sometimes having a higher profile, it’s Snow White that’s at the core of Fables. At every pivotal point of the series she’s been either up front or in the background influencing matters. Established from the start as the chief administrator of Fabletown, her resolute capability and her adaptability have been the core of the community continuing to flourish from its establishment.

It’s fitting then, that in 1001 Nights of Snowfall it should transpire that she’s also the first woman who regales an Arabian ruler with her tales, thus postponing her execution night after night. She’s been sent to propose an alliance between the Arabian fables and those based in New York, and it doesn’t appear to be off to the best of starts.

The stories told are about the Fables, fitting in elements of their history and revealing them to the regular audience. Frau Totenkinder’s capricious and vicious past receives a thorough airing painted by Esao Andrews, one of several artists who deliberately pitch their art in the style of children’s book illustration, and we learn just why it is she maintains a loyalty to Fabletown. Bigby Wolf’s earliest days are covered, as are the pre-Fabletown stories of Mayor Cole, beautifully painted by Jill Thompson, Flycatcher and Reynard.

The benefit of an anthology of shorter tales is also the opportunity to have in-demand artists working on Fables, artists who’d never commit to a great wedge of pages, and they’re an interesting selection. Two-page tales drawn by Derek Kirk Kim and Brian Bolland showcase Willingham’s more perverse sense of humour, also on display in the opening tale which shows Snow White learning fencing when still married to Prince Charming. It’s a delicately written piece shining new light on her relationship with the seven dwarves, and the fencing is a skill that will have a great use as the series progresses. That’s the longest story, painted by John Bolton using a mixture of styles (sample left). The use of posed models for some characters alongside other almost Corbenesque creations doesn’t entirely work, but the painting is stunning. It’s also interesting to see Mark Buckingham painting Reynard’s tale, his facility for depicting lifelike animals as adept with brush as with pencil.

Michael Kaluta and Charles Vess illustrate the prose sections in storybook style (sample right) as Snow White and King Shahryar gorgeously, channelling the likes of Walter Crane and Arthur Rackham, and Willingham saves a surprise for the final page.

1001 Nights of Snowfall ought to appeal to all Fables fans, and the quality of the illustration may provide new converts. It’s reprinted at slightly larger size along with almost all of The Mean Seasons in Fables Deluxe Edition Book Four. With even more content, it’s also found in Fables Compendium One.