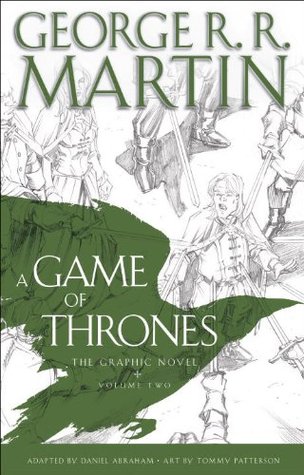 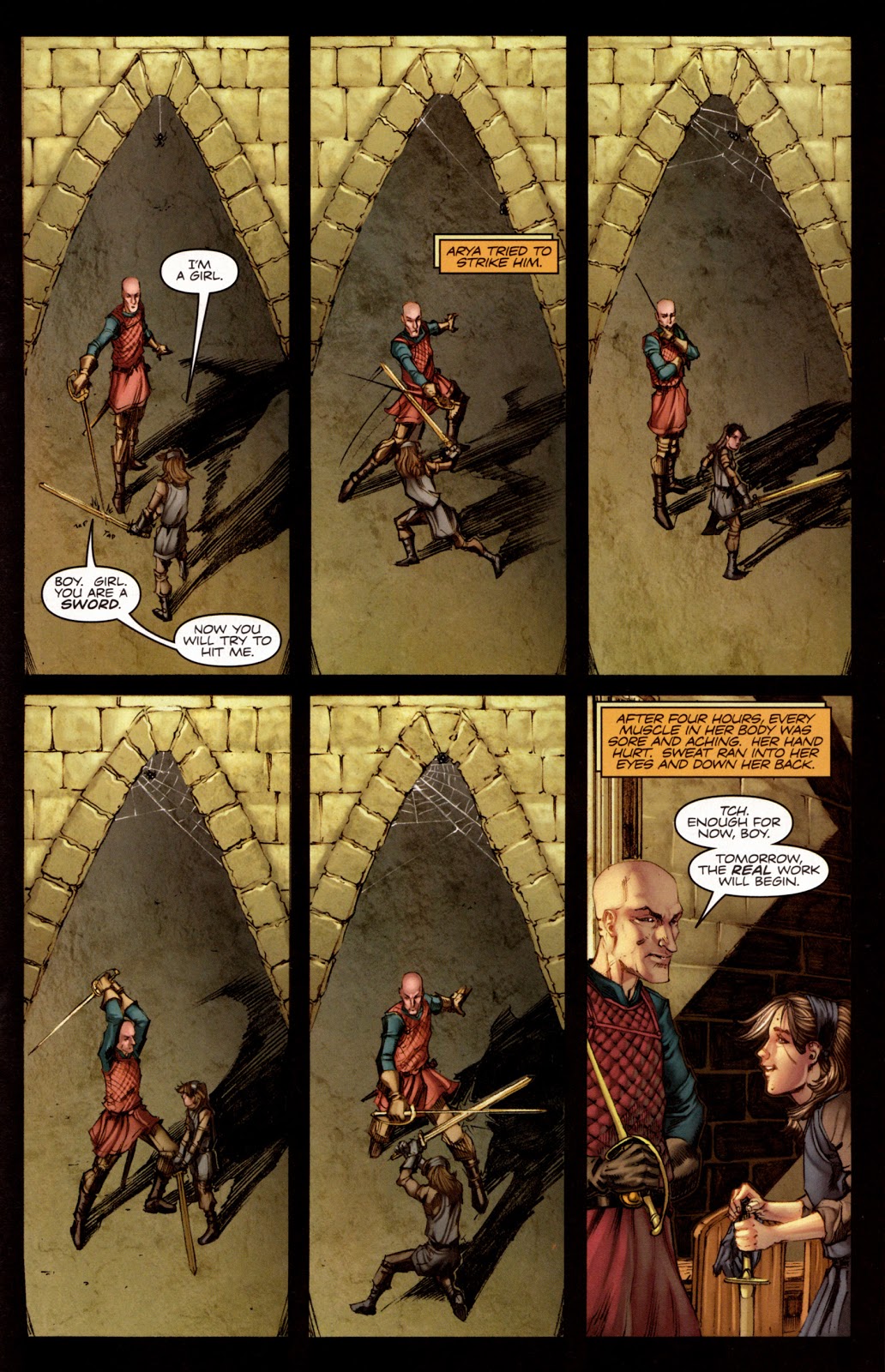 This second volume adapting George R. R. Martin’s A Song of Ice and Fire begins to display the ambitious scope of the series, with numerous new characters introduced who’ll have a significant part to play overall. The way the story progresses also erodes a weakness of the first volume, artist Tommy Patterson’s difficulty in distinguishing between multiple members of the same family. With the Stark clan now spread far and wide there are fewer scenes where misidentification is possible. It’s noticeable, though, that the script often reinforces the cast by using their names.

Much of the focus to this point has concentrated on the Stark family, and patriarch Eddard has now been transposed to the capital city, King’s Landing, to take the post of King’s Hand, trustee and enforcer for the King. This is his old mate Robert Baratheon, with whom he overthrew the previous despot eighteen years previously. The direct-speaking Stark finds court politics not to his liking, and begins investigating what his predecessor learned that might have resulted in his premature death. Stark’s daughters, in King’s Landing with him, are also finding life in the capital difficult, while his wife Catelyn has her own trials elsewhere.

Martin’s strong female characters are creditable. Even those who initially appear to fit the simpering victim role have hidden depths and blossom with circumstance. One of these is Daenerys Targaryen, daughter of the deposed despot, married against her will for political alliance. She also supplies an example of the difficulties Daniel Abraham faces in pacing a graphic novel with a vast and ever-increasing ensemble cast. Although she’s discussed in King’s Landing, she’s unseen until the closing chapter here, almost 150 pages in, and those on the Wall are seemingly forgotten after the opening chapter.

Within the book’s bonus material Patterson acknowledges the complexity of illustrating page after page of conversation, all required to move the plot forward, and it’s playing to his strengths when action scenes splice the talking heads. The bonus material dissects a tournament sequence early in the book, and the jousting and panorama are well delivered.

That also serves as a reminder, that the conclusion is the halfway point of this adaptation, yet the fantasy elements of the series are via mention and flashback only. Martin has very effectively appropriated the soap opera elements of today’s drama and applied them to what is to all intents and purposes medieval historical fiction. Getting a generation to coo over that is some achievement. 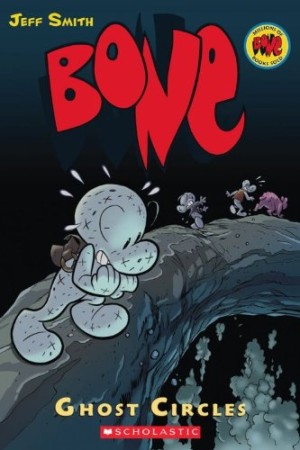