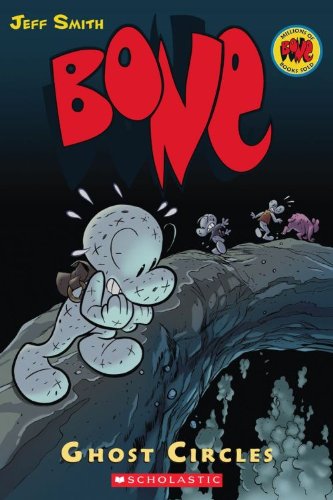 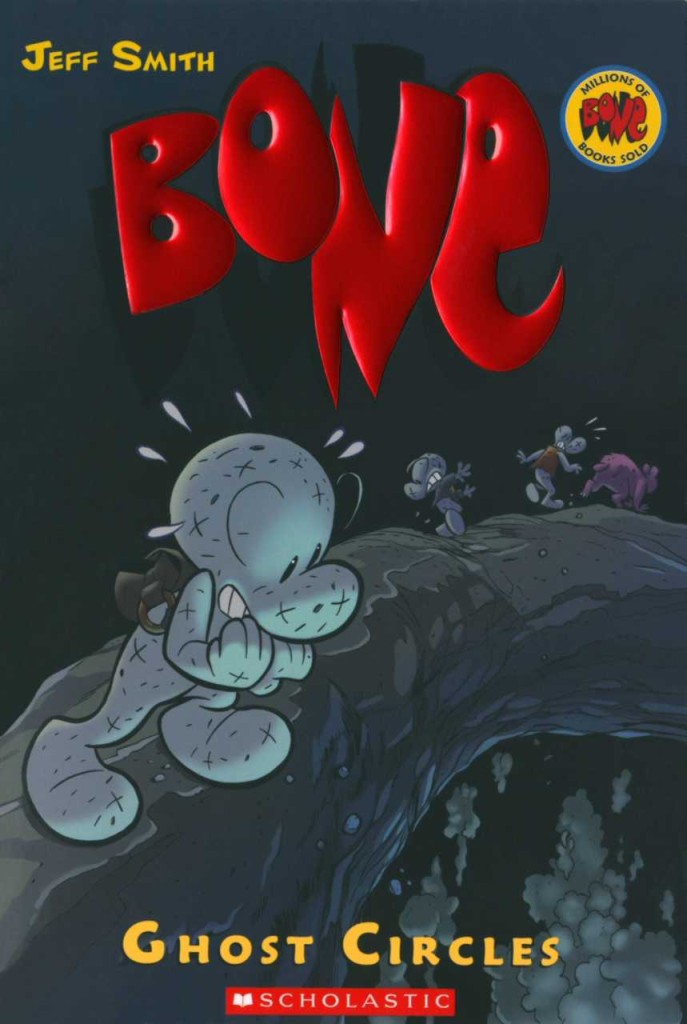 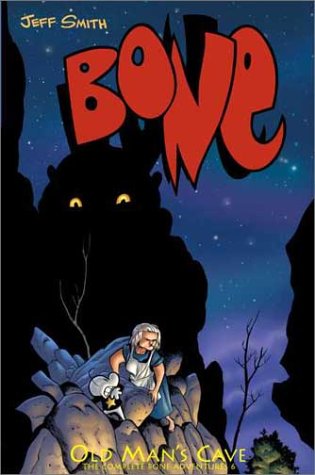 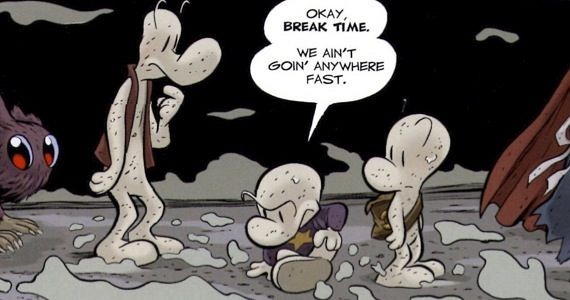 The trek is a fantasy staple, and that’s what we have within Ghost Circles, as a small group traverse a dangerous terrain in order to reach a source of aid. The ghost circles of the title are described as giant invisible bubbles containing concentrated supernatural evil that will be unleashed if breached. For reasons revealed, the party have to pass through an area of these, and only Thorn’s being attuned to the supernatural will provide safe passage. This is not the only danger within, and one point salvation comes from a surprising source.

This continuation from Old Man’s Cave is in land now covered in volcanic ash, where any travel is difficult, and where many who’ve been fighting the coming events now believe there is no chance of winning. Gran’ma Ben continues to be a source of revelations, among them that the dragons have sworn they’ll not be interfering again, so it’s now up to the humans to fight their own battles. It’s increasingly apparent, though, that Fone Bone is somehow pivotal to forthcoming events.

Throughout the series to date Jeff Smith has dropped in mentions of his love of Moby Dick. There’s a case to be made for it being the greatest American novel, and Smith cites passages, has Fone read them out from the copy he carries at all times, and includes numerous visual references, usually casting Phoney as Captain Ahab. There’s a single-mindedness about both, with wealth being Phoney’s white whale, and with the group on the way to another community by the end of the book he’s once again dreaming.

Among other items learned here are why the rat creatures are known as such when they don’t particularly resemble the rats we’re familiar with. They don’t feature as often in the following book, Treasure Hunters, when further explorations of myths is the theme.

All Bone volumes are available in both black and white, and in colour. It’s debatable whether the colour is at all necessary. It was added by Scholastic Books, who considered it would have greater appeal for the general market, but artistically it makes little difference. Smith took the opportunity to modify the story slightly for the colour publication, altering some dialogue, and occasionally removing or adding material. Those who’d prefer the entire series between two covers also have the option of colour or black and white.