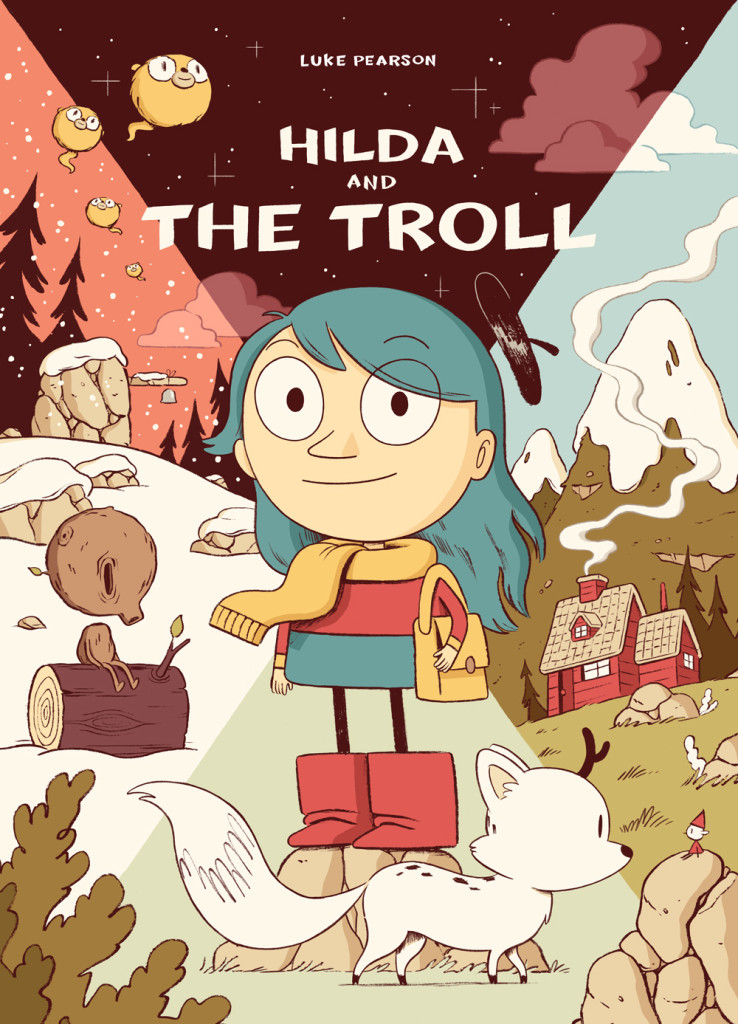 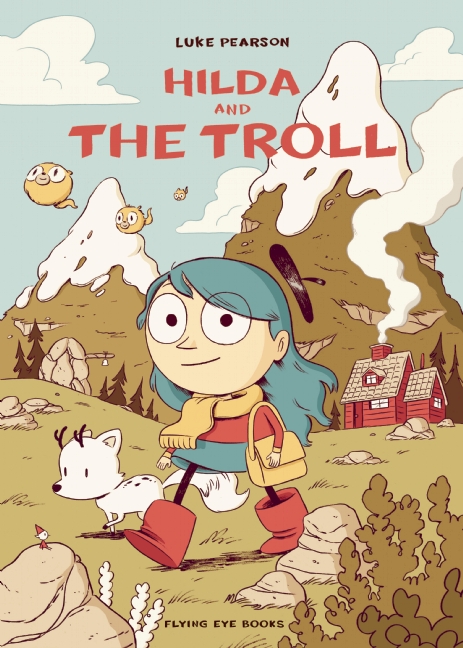 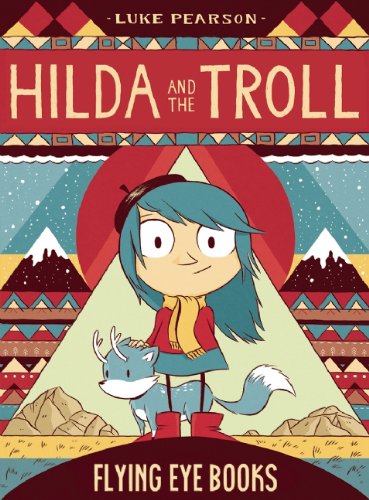 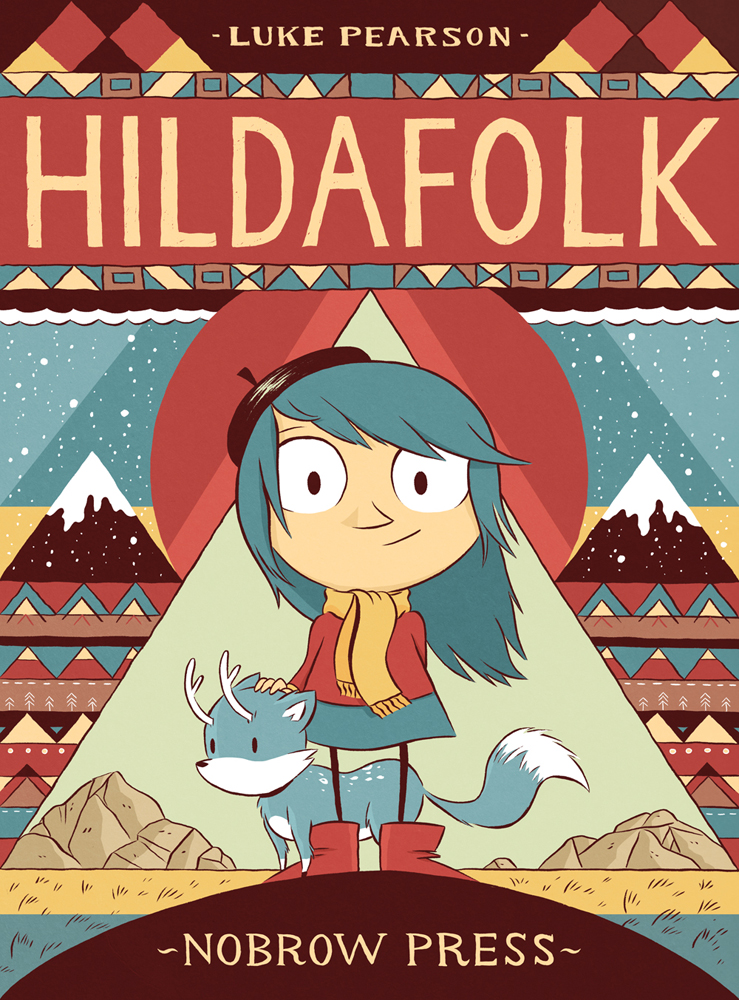 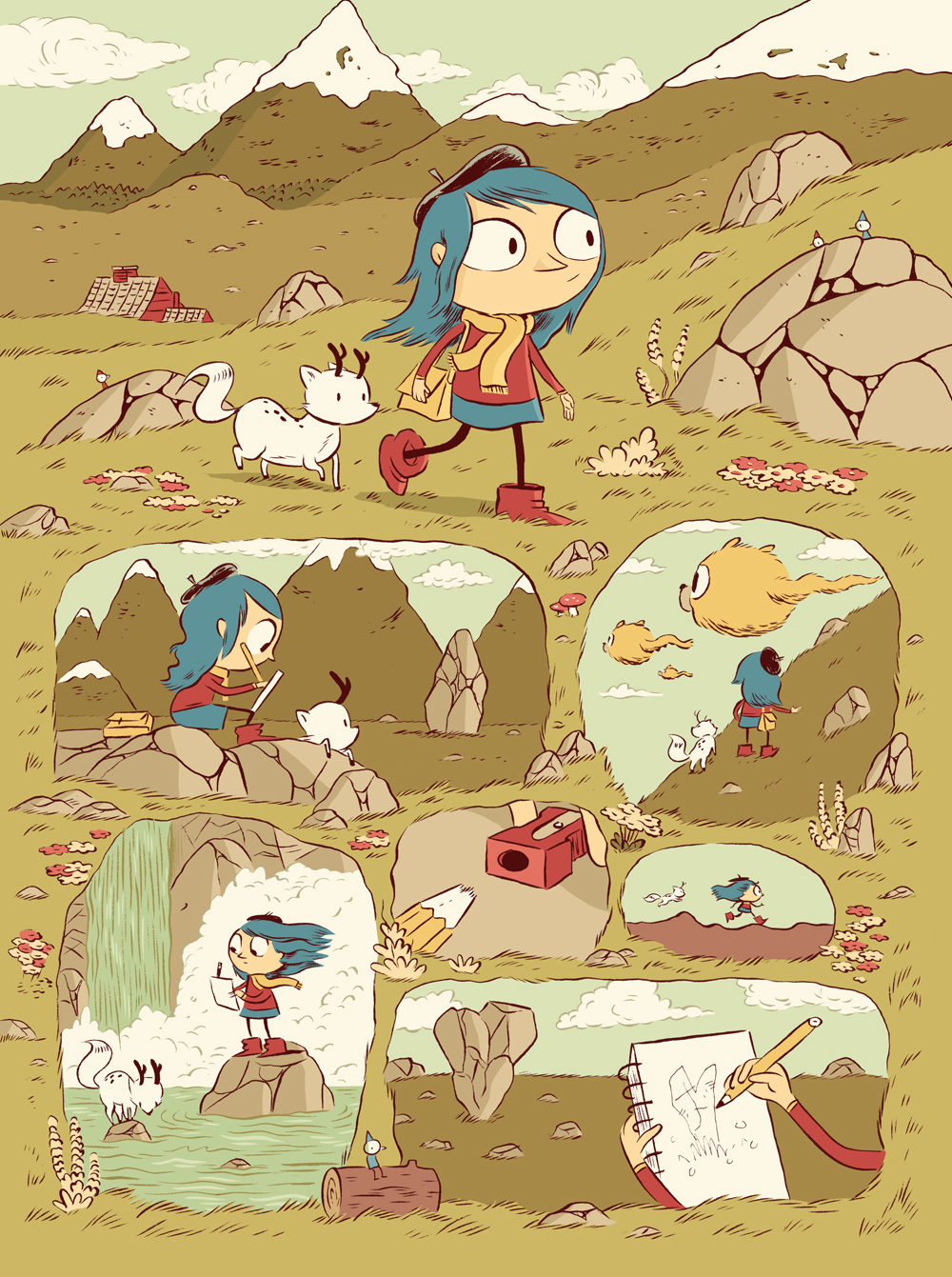 Hilda and the Troll is a repackaged version of Hildafolk, originally published in 2010 as a small comic by Nobrow. This first book in Luke Pearson’s Hildafolk series introduces Hilda, a little girl who lives with her mother in a small cottage, nestled in the valley of a remote, wild and mountainous Scandinavian countryside. Hilda is a brave and curious girl who likes to explore the forest and mountains around her, always accompanied by her pet, Twig the ‘deerfox’ – a doglike creature who has antlers.

In this first adventure, Hilda ventures into the forest with Twig, to draw in her sketchbook and maybe make some new discoveries. She has a book that describes what trolls look like and where to find them, but while she’s out she only encounters a pile of rocks that are troll-shaped. Or are they a bit more than that?

Pearson took his inspiration for Hilda from Icelandic and Norwegian folklore, and based the look of this book on a blend of the worlds of Japanese animator/director Hayao Miyazaki (My Neighbour Totoro, Spirited Away) and Finnish author Tove Jansson (Finn Family Moomintroll). His cartooning is charming and well-designed, with a beautiful backdrop of trees, hills and sunlit countryside for Hilda to wander in with Twig. This first story is a little simpler in structure and not as long as the other books in the series, which were designed from the beginning as larger format albums. There are a couple of extra pages to compensate for the shortness of the story: a map of Hilda’s world which shows all the locations of the events of this and the next volume, Hilda and the Midnight Giant, plus a detailed drawing of Hilda’s room. Hilda herself is a mixture of dreaminess and a spirited curiosity that makes her a great protagonist, equally attractive to children and to adults who might buy this to read for their little ones and then find they want to keep it for themselves.