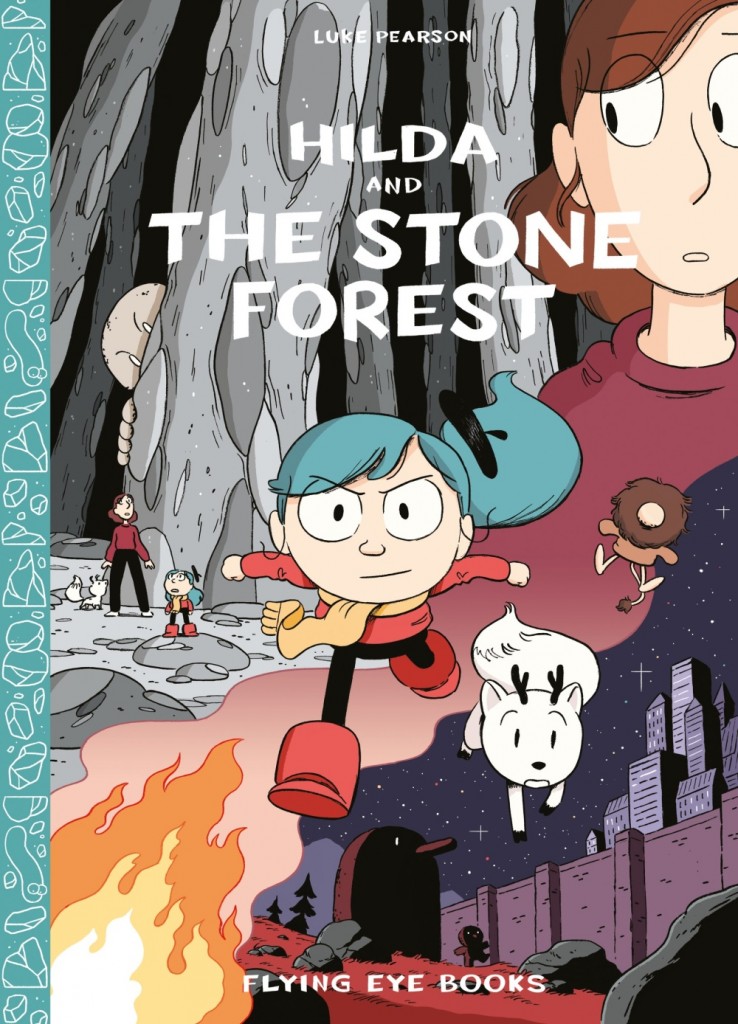 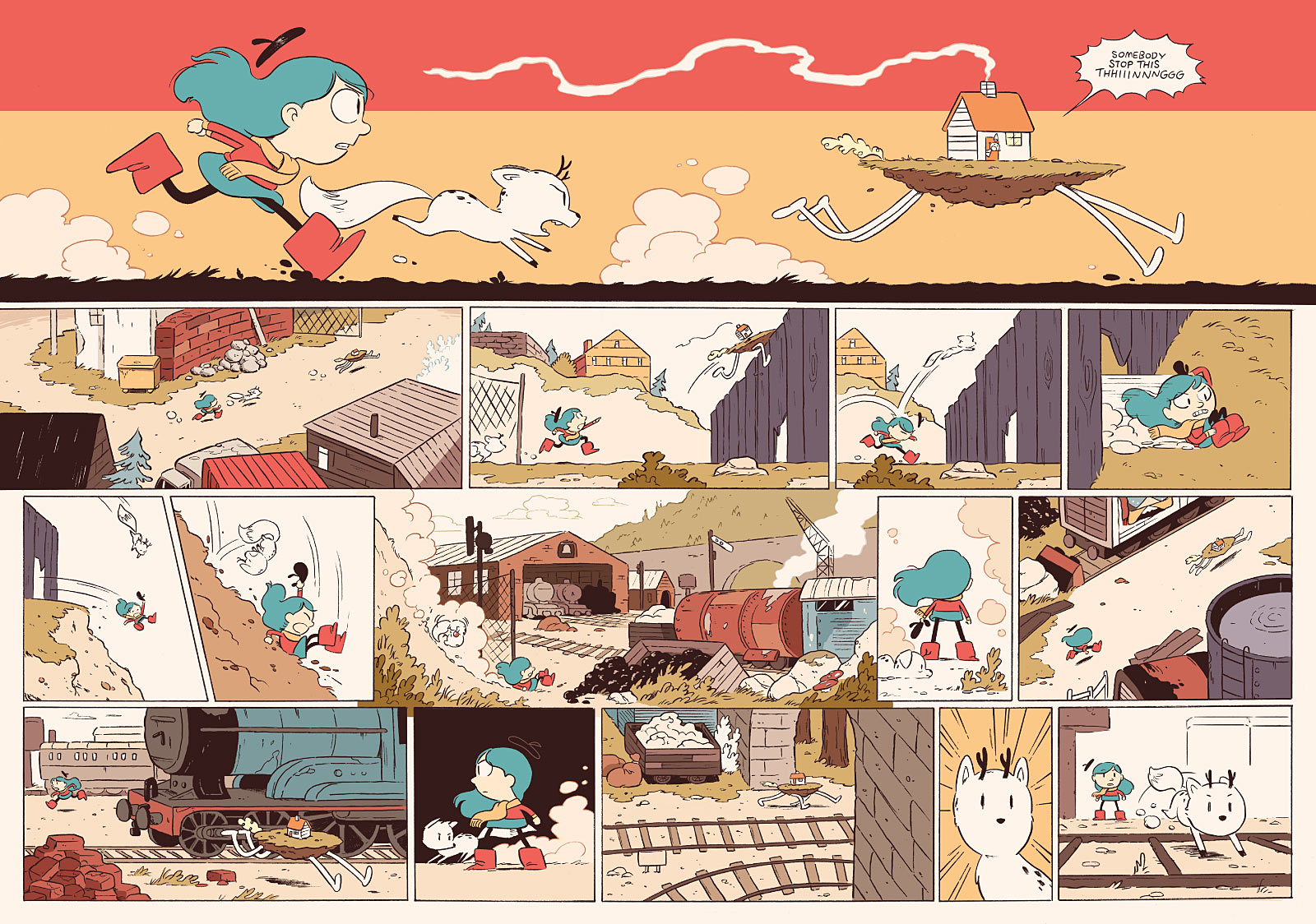 Luke Pearson’s award-winning Hildafolk books are magical adventures starring Hilda, an intrepid, small blue-haired girl who likes to explore the forest and mountains around her with her pet, Twig the ‘deerfox’. Hilda and the Stone Forest is the fifth book in the series, but unlike the previous volumes it is not a self-contained story. That’s not the only change. Usually Hilda’s adventures start very slowly before building to a big, fast-moving finale, but this book starts off in the middle of a high-speed chase stretching very dramatically across a double-page spread (shown here in the sample pages) as Hilda and Twig attempt to rescue some of their tiny friends first seen in Hilda and the Midnight Giant from a runaway patch of turf on legs… and that’s not the weirdest thing they’ll encounter in the course of this tale which has lots and lots of running, jumping and chasing.

Hilda’s relationship with her mother comes under examination this time around as Hilda’s need for adventure conflicts with her Mother’s understandable desire to keep her safe. As the two of them struggle to figure out how to talk to each other, they wind up having to navigate a scary situation together, for once. Luckily, Hilda’s mother is just as resourceful as her daughter. But they are up against something neither of them has ever seen before? Will two heads be better than one?

Hilda and the Stone Forest has a much faster pace than previous books in the Hildafolk series, and the almost non-stop action means it’s a much quicker read. There is plenty to look at, with Luke Pearson’s typically dense storytelling featuring a lot of panels on each spread. His excellent design and colour means it’s all easy to follow, and as always, beautiful. The way this story ends will have kids desperate to find out what happens next – but at least they’ll have this book to reread, because Pearson sprinkles clues to Hilda’s predicament throughout the story and it will take several visits to these pages to notice them all. What happens next is discovered in Hilda and the Mountain King.