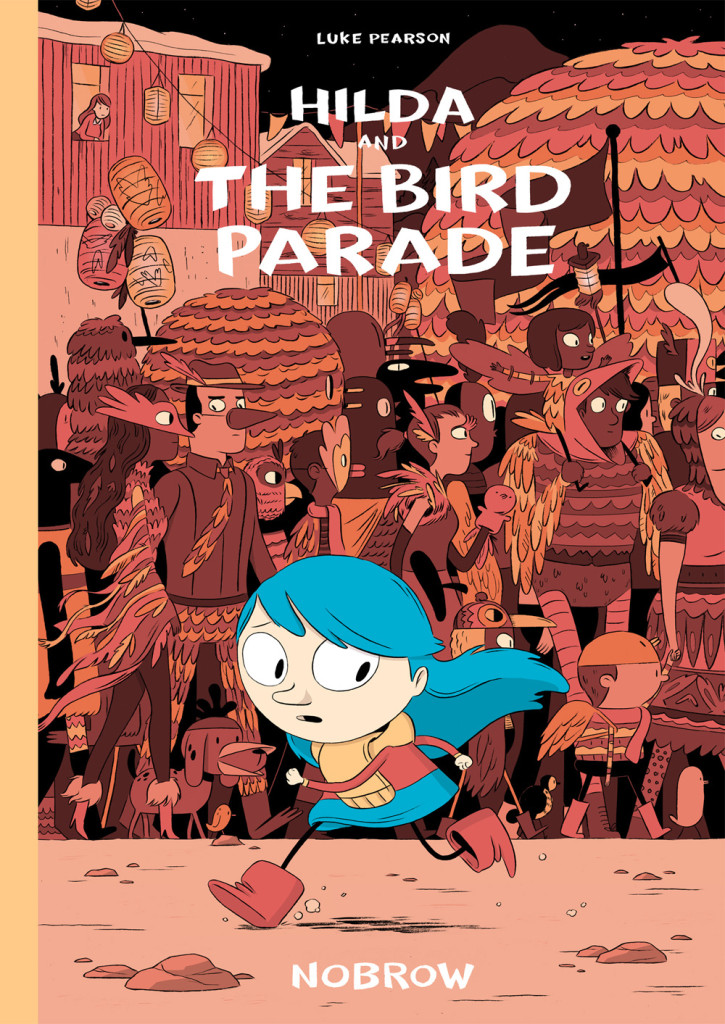 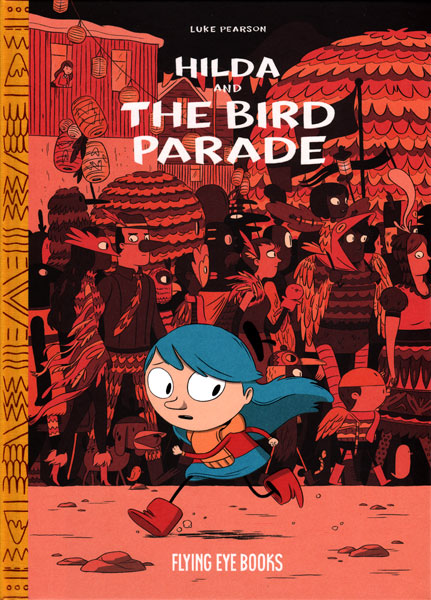 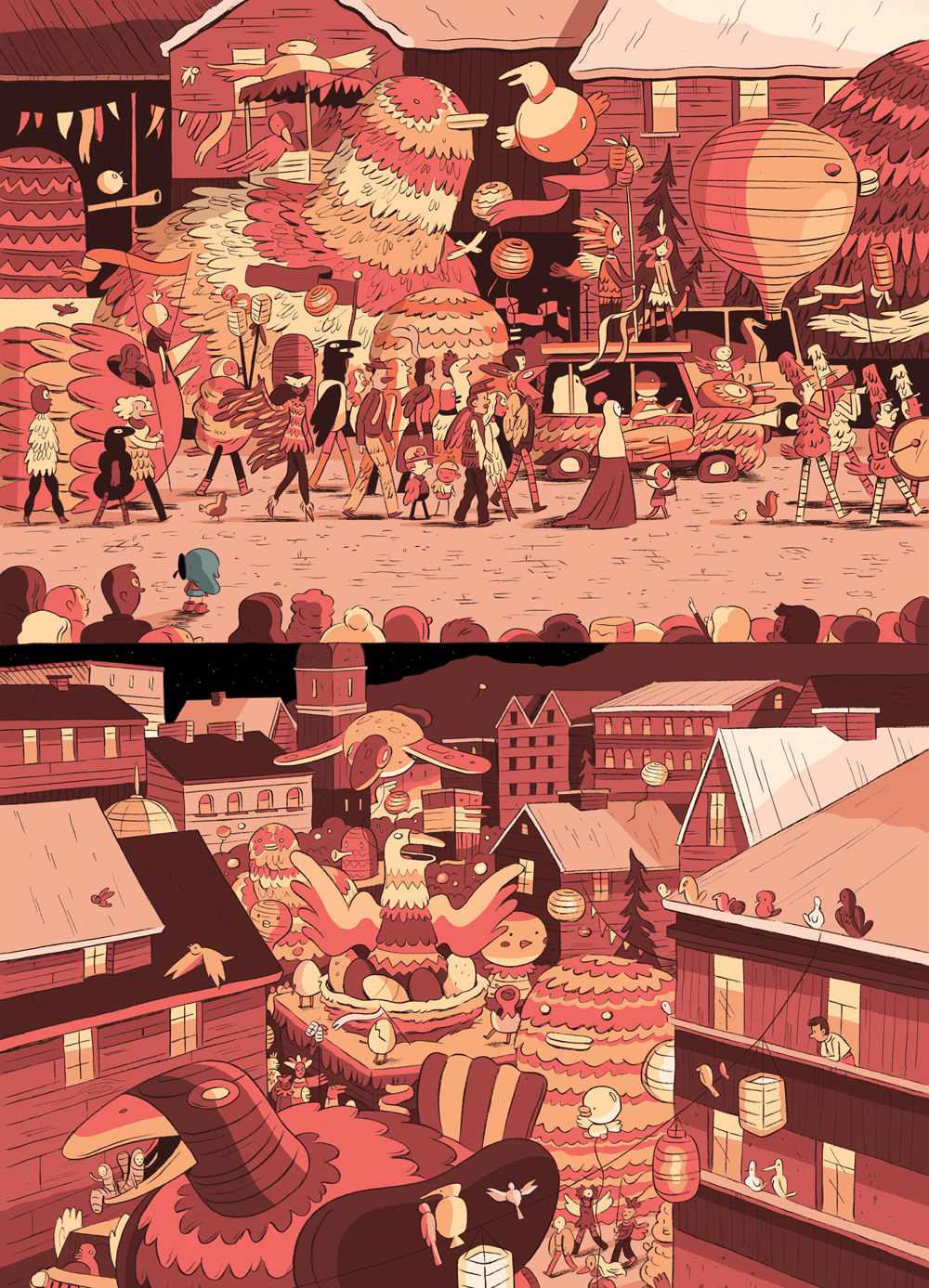 Hilda and the Bird Parade is the third book in the Hildafolk series by Luke Pearson. It’s designed for young readers, but there is enough cleverness in the writing and drawing to interest adults too. The story begins with Hilda and her mother in their house in the wild countryside, with another day of exploring and adventure in store. But that’s just a flashback to the way things used to be before the events of Hilda and The Midnight Giant. Now that they are living in their new flat in the city of Trolberg, Hilda’s mother is very reluctant to let her wander around like she used to. There’s some sound justification for her caution, as Hilda goes out with her new friends and finds that she’s very unlike city kids. Their ideas of fun are darker, built on competing to see who can be most physically challenging, and Hilda’s thoughtful way of interacting with people and animals is completely out of place.

Hilda’s inability to join in with the thoughtlessness of the city kids means she winds up befriending a large, dazed raven. But this raven can talk: “ I’ve forgotten how to fly! The horror… the humiliation! Leave me. I’m finished. Done for. Leave me for the cats. Ohhh dear. Oh dear oh…”

Hilda is more passive in this adventure than previously, and the change of location to the city means the story isn’t as mysteriously involving as the last two books. But it looks superb. The drawing is moved on a stage from the previous volumes in design, colour and layout, making full use of the album-sized pages with backgrounds that are more intricately assembled and more detailed than before. Luke Pearson’s style has evolved into a more sophisticated and more strongly graphic mixture of open linework that is balanced by the grid that alternates small panels with big splashes for impact. The whole thing builds toward an end sequence that is radiantly coloured and breathlessly paced as we find out just what the Bird Parade actually is.

The next book in the series is Hilda and the Black Hound. Alternatively it can be found combined with this in hardcover with extras as Hilda: The Trolberg Stories.