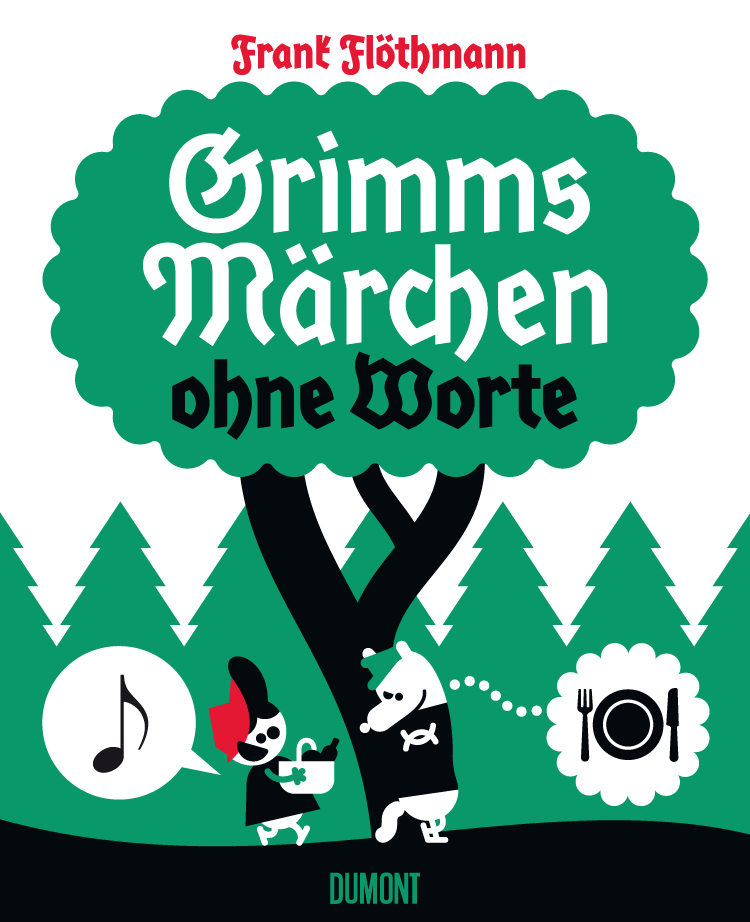 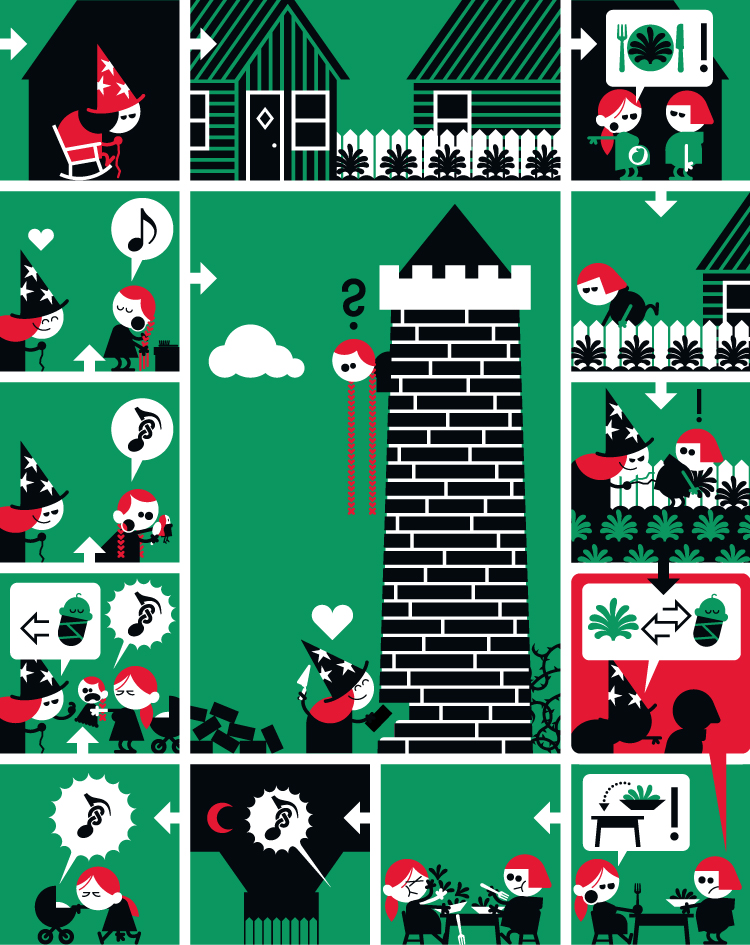 It surprises that no English language publisher has yet picked up on Frank Flöthmann’s extremely impressive Grimm’s Märchen ohne Worte as yet. After all, they’d only have to change the title to Grimm’s Fairy Tales Without Words.

This is the type of toying with the form of comics that once occupied several pages in every issue of Raw, yet is also immediately accessible to a global audience from the precocious younger child on up. Flöthmann uses simple Mi-like figures to re-tell the fairy tales of the Brothers Grimm, sticking with the sanitised and familiar versions, replacing all dialogue with pictograms. He then cements a distinctive vision by restricting the colours to black, white, green and red. It evokes both the pastoral nature and violence of fairy tales.

His people, by and large, are happy, smiley and rotund, and Flöthmann brings fine comic touches to the subjects as seen by the sleazy wolf meeting Red Riding Hood on the cover. Transmitting the intent of the stories without words proves surprisingly simple for the most part, and there’s never a point, even during the less familiar of the Brothers Grimm’s works, when understanding is problematical. There’s certainly nuance here, and Flöthmann uses combinations of arrows and panel sequences to relate simultaneous occurrences, although Chris Ware, possibly an influence, has utilised those same principles.

Only a single fairy tale requires more than six pages, the lesser known The Magic Table, the Gold Donkey and the Club in the Sack, yet this is a book of surprising and compelling density, and consistently inventive as Flöthmann introduces his own recurring motifs. The equation of ten to the power of three features in the story of Snow White when the queen asks her magic mirror who the fairest in the land is, the euro symbol consistently represents money, and united rings is common shorthand for marriage.

Yes, there is an element of novelty about this, but one extremely well considered and realised. It prompts the thought about how complex a work would have to be in order to defy the process. Flöthmann’s not found it the case so far, following this with a book of Christmas stories in the same manner, before tackling Shakespeare in 2016.

Don’t be deterred by the book and story titles being in German. Grimm’s Märchen ohne Worte is universal.