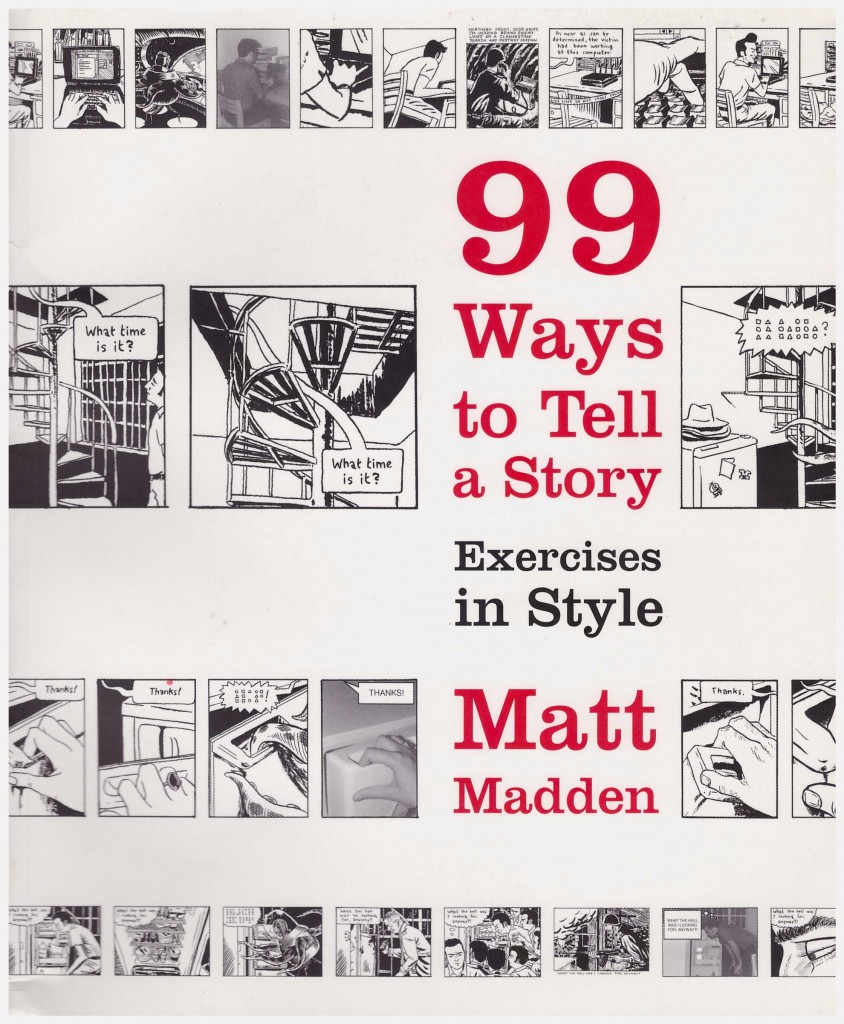 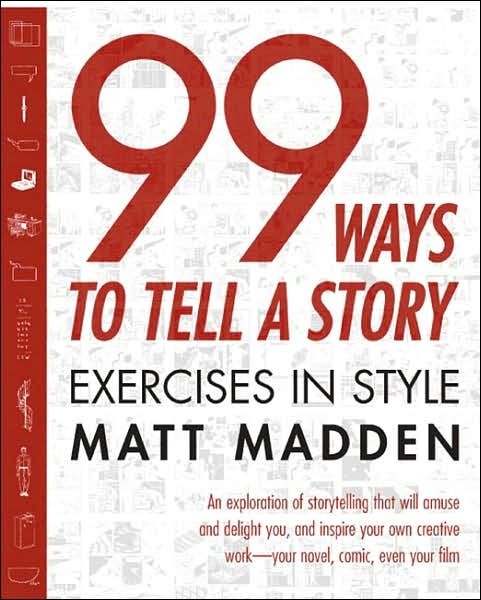 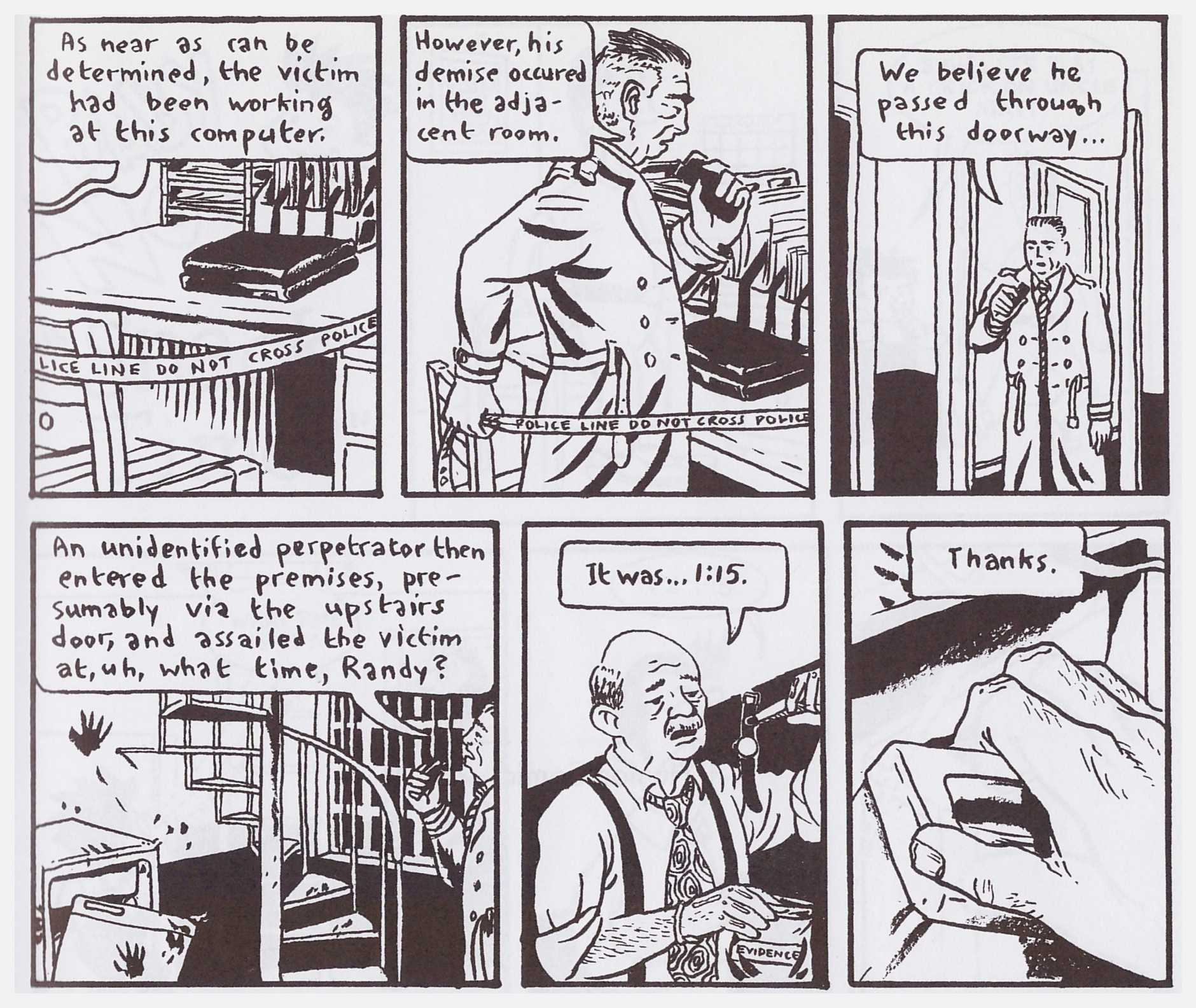 Matt Madden acknowledges the inspiration of Raymond Queneau’s work Exercises in Style, which is the subtitle to this book. Queneau wrote variations of the same prose story 99 times, and Madden’s adapted this formal exercise to comics. He starts with himself at his desk and computer screen, which he leaves to go downstairs. A voice from above asks the time and he responds while proceeding to the fridge. He’s thanked, but on opening the fridge door can no longer remember what he came for.

As an experiment with narrative technique this one page story is repeated 99 times, often using the same artwork, re-jigging the pictures for surrealist effect, presenting them as an infinity comic, or making two minor alterations to every panel. It’s reproduced in photographs for a fumetti strip, related instead as a monologue, told in the manner of assorted known comics (Tintin, Krazy Kat) or in the styles of distinctive creators (Winsor McCay, Jack Kirby) or as the Bayeux Tapestry or Charles Atlas ad. It’s told as a fantasy comic, as progression of life, a homage to the story told by Queneau, as dissected by a critic, as a map and as reduced to advertising.

There may be a thought that as a technical exercise this doesn’t bear anything other than dipping into and the odd stroke of the chin, but that’s not the case. Even relatively minor variations offer new perspective, some are downright hilarious and the ambition and successful application has to be applauded. Madden entertains as well as educates. Are there limits to the way in which the story can be told? Maybe, but Madden doesn’t appear to have exhausted them.

In his introduction Madden asks whether a story can be separated from the manner in which its told, having already concluded several paragraphs earlier that this book provides no definitive answers. Others might disagree with that.