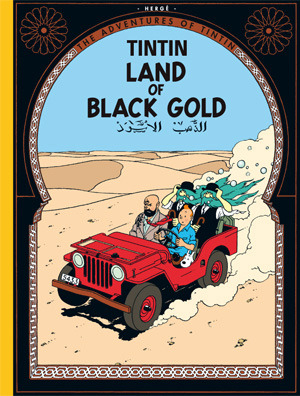 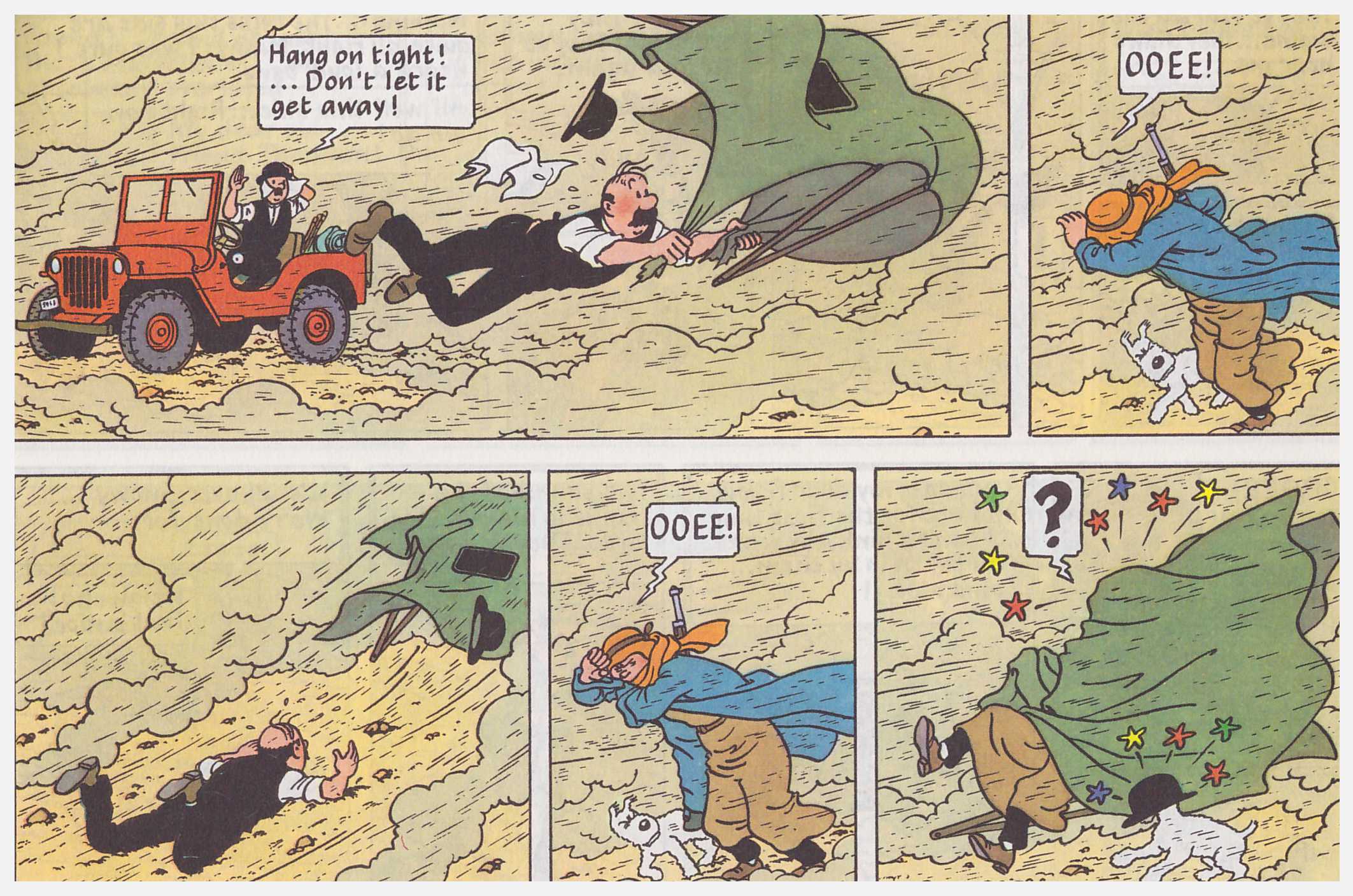 Land of Black Gold had a difficult birth, being changed more than any other Tintin book. The outbreak of war and the Nazi occupation of Belgium in May, 1940, meant it was expedient to put aside this story with its German villain and begin another, much less politically volatile tale: The Crab with Golden Claws.

Eight years later, after completing Prisoners of the Sun, Hergé returned to Land of Black Gold, for Tintin magazine, and had to rework a great deal to incorporate elements that had appeared in the intervening years. This is most apparent when Captain Haddock makes the briefest of appearances, on page three, merely to inform Tintin that he’s going away. He doesn’t return until close to the end, on page 54, and his attempt to explain his absence is abruptly cut short by an exploding cigar. The third version was produced at the behest of Methuen, the UK publishers. A great deal had changed politically in the area and they wanted the book altered to reflect this, which also gave Hergé the opportunity to update vehicles and tidy some of the artwork.

We begin our adventure in the company of Thomson and Thompson, who play a large part. Exploding petrol, which Cars 2 seems to have appropriated as a plot device, is causing mayhem and it’s not long before Tintin’s on the case and aboard a ship, accompanied by the clueless detectives. The plot adheres to the successful formula set by the other books: our trio of heroes are arrested before the ship even docks, and there follows the usual round of kidnappings, prison breaks and narrow escapes. Hergé obviously liked the setting, as this was his third desert adventure, and we spend a great deal of time with Thomson and Thompson driving in circles, experiencing mirages, sandstorms and all that you’d expect from an adventure of this ilk.

The villain of the piece is a returnee, and unlike many Tintin foes, who often appear comical, he seems genuinely threatening, a serious bruiser. New additions to the ever-growing roster of supporting characters include Emir Ben Kalish Ezab, who would appear again, and his son, Abdullah. Hergé was particularly (and inexplicably) keen on the young tyke, who was to appear in another three adventures.

Tintin, who has a Forest Gump-like facility for being on hand for significant historical moments, witnesses an oil pipeline being blown up. It’s left to the Thom(p)sons to deliver the final bit of shtick with an amusing metamorphosis that Hergé obviously liked so much he had them suffer a relapse during the next two books, Destination Moon and Explorers on the Moon.

By this point Hergé was a master of this type of narrative, and though this isn’t one of the great books, it is a solid, if slightly muddled adventure with a great deal of well executed and amusing slapstick.