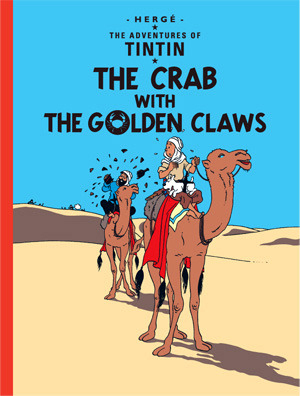 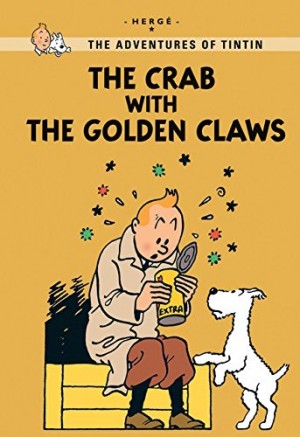 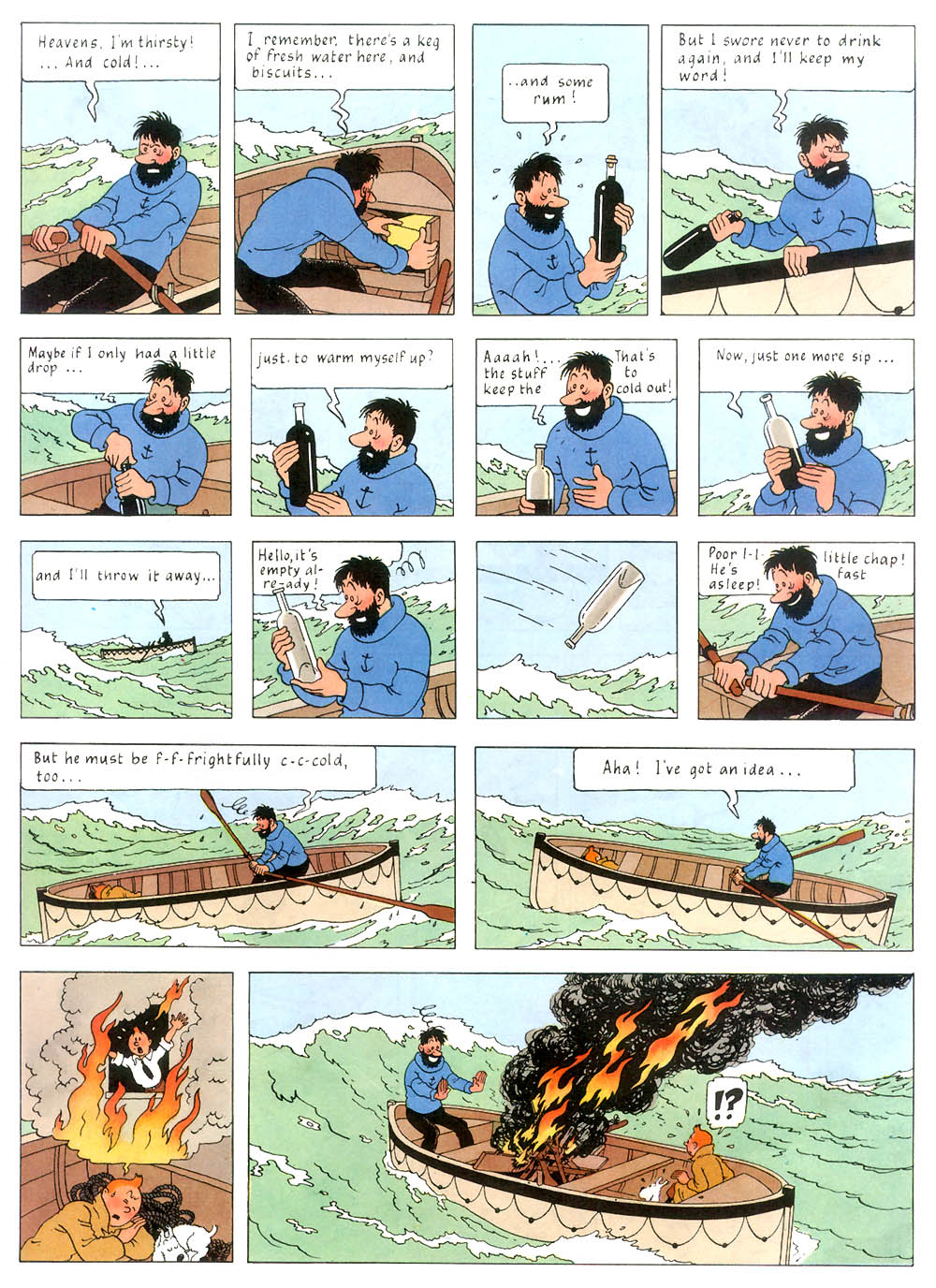 At first glance, the thing that’s most apparent about Tintin’s ninth adventure is that it has a great deal in common with the earlier Cigars of the Pharaoh. In fact, both books effectively have the same plot (drug smuggling) and very similar settings (here Morocco rather than Egypt).

The 1940 German invasion and occupation of Belgium in the real world meant Hergé had to cease working on Tintin in the Land of Black Gold (with its German villain) and he began this tale instead. The war, and the related paper shortages, also meant that this adventure would be squeezed for space like no other Tintin story. Rather than producing two full pages per week, Hergé was eventually reduced to producing a three or four panel strip each day. This restriction, and the need to steer clear of any overtly political story, actually encouraged him to tighten both the art and writing to better meet the demands of the new format.

Allan, who’d had a cameo in Cigars, is back on duty as the main villain, and Rastapopolous also puts in one of his many appearances. However, the introduction of another character, a certain drunken sailor called Captain Haddock, is the book’s defining feature. In this book Haddock’s drinking usually has catastrophic consequences for our heroes, but Tintin (and Hergé) clearly saw something in the whisky-soaked reprobate that would see him continue in a role that quickly became second only to our titular hero. Haddock’s inclusion would reduce the roles of Snowy and the Thom(p)sons in later books, but it acts as a great counterbalance for Tintin, whose Boy Scout roots and almost flawless character can often make him a dull protagonist.

Unlike earlier books, most of which had to be cut down from 100-130 pages to suit the new 62-page format of the coloured versions, this book was actually shorter than the other adventures. That’s why we’re treated to four full page illustrations, inserted to take the book up to the required length. Changes were later made to the book for publication in the USA, mainly to remove any incidents of ‘race mixing’. Which is why Haddock asks the police to “Arrest that Negro!” while pursuing a man that’s clearly an Arab.

This was the first Tintin book to be published – along with King Ottokar’s Sceptre – in the USA, and it was the first to be made into a (stop motion) feature film. It was also the basis for much of Steven Spielberg’s 2011 The Adventures of Tintin: The Secret of the Unicorn. It even makes an appearance in an episode of The Simpsons, where Marge threatens to take away all Bart’s Tintin books because he’s insulting Belgium. And if that’s not success, what is?