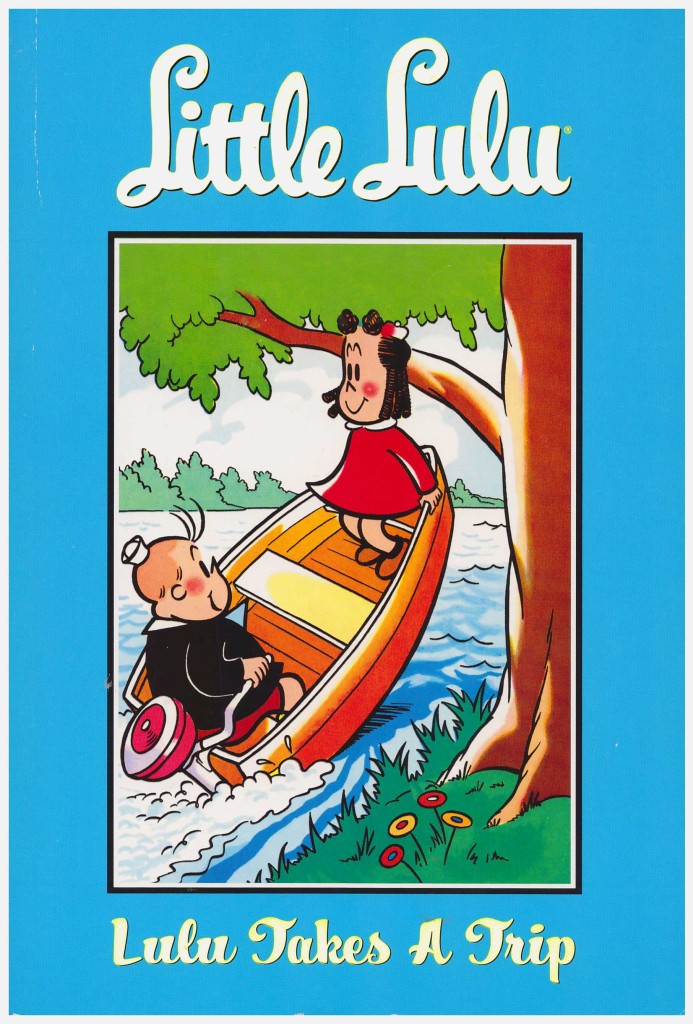 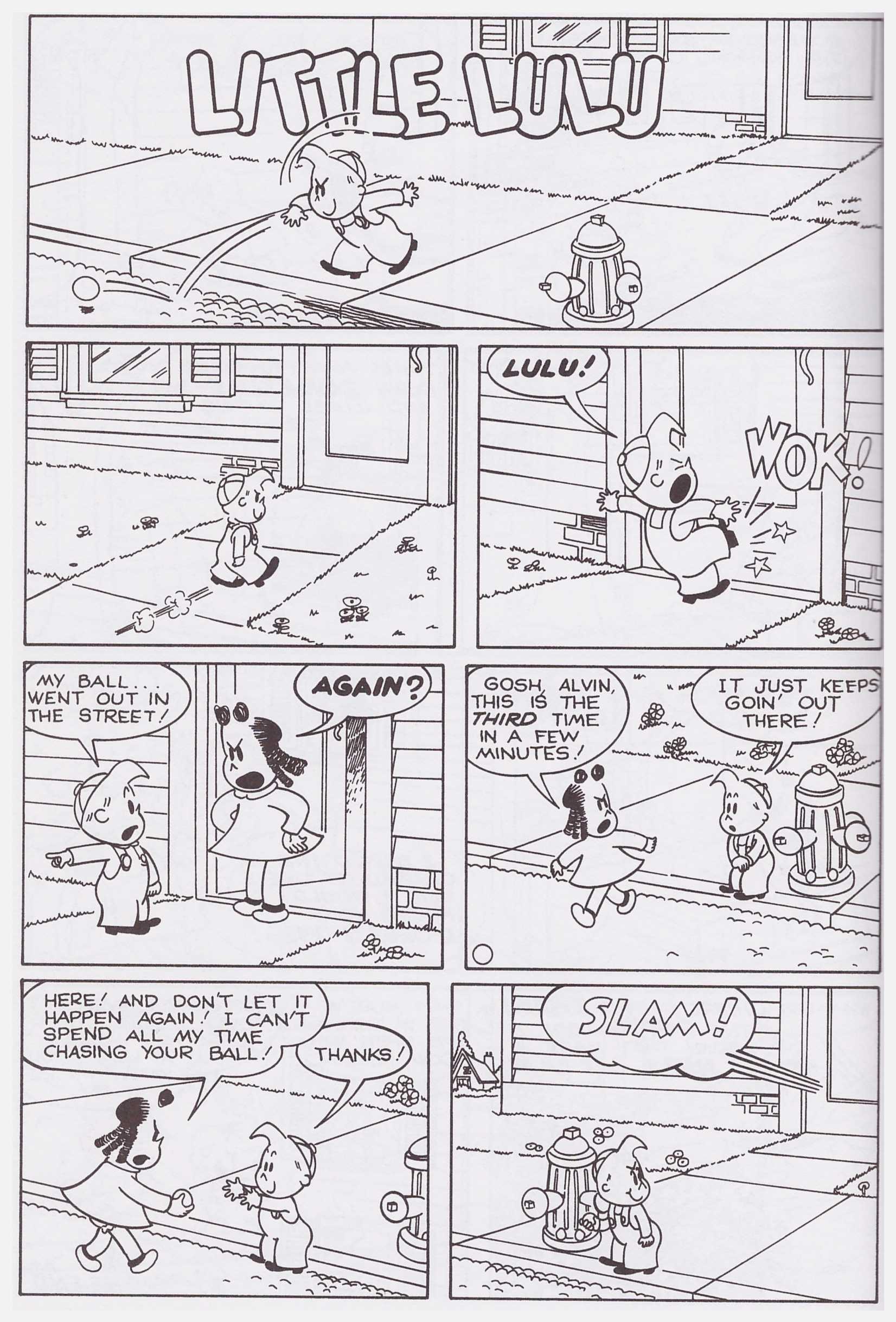 Over the course of this thick digest sized collection John Stanley continues to refine the techniques that made Little Lulu such an enduring all-ages favourite, with four issues reprinted from 1949.

Anyone approaching this material should be aware that the stories are very much of their era, and there should be no expectation of them conforming to present day social considerations. Children are spanked, there’s no glossing over Tubby being overweight, or earning his nickname on that account, and the cast are entirely white. It’s worth pointing out that the alternative might have been the racial caricatures so prevalent in other comics of the era, and the ignorant cruelty of children is universal and timeless.

A particularly good story with no hint of 21st century political correctness has the boys holding a beauty contest. The simpering Gloria, well aware of her popularity, plays up to Tubby and the gang to ensure victory, and Lulu is made to feel bad as she’s not been genetically blessed. The strength of this material, though, is Lulu’s consistent spirit and resilience, and this coping mechanism results in a turnaround when she announces the girls will be picking the most handsome boy immediately after the boys’ select their winner. Cue havoc.

There’s a new style of story as Stanley applies his surreal sense of humour to a dream Lulu has, not among the strongest material here, and another of a haunted dolls house, which is better and would be occasionally reprised. Henceforth, though, he’d confine the surreal elements to the tales of the little poor girl with which Lulu placates Alvin. She features in ‘The Deep Black River’, an absolute gem in which the girl is alone in a castle surrounded by a round lake patrolled by a monster. It’s heartbreaking, funny and beautifully constructed, a story that would have worked as an illustrated book, yet just another day at the job for Stanley. Back in more familiar territory there’s a cracking story of Tubby as inept detective the Spider. As ever, he has a hilarious disguise, winds up Mr Moppet a treat and solves the case of the missing wig by chance.

Irving Tripp draws these tales from Stanley’s layouts, beautifully interpreting the cast. The presence of Tubby’s ridiculously small hat continually raises a smile for the manner in which it’s seemingly superglued to his head, and the variety of expressions he manages using just mouth and eyebrows are an exercise in applied simplicity. The next collection is Letters to Santa.