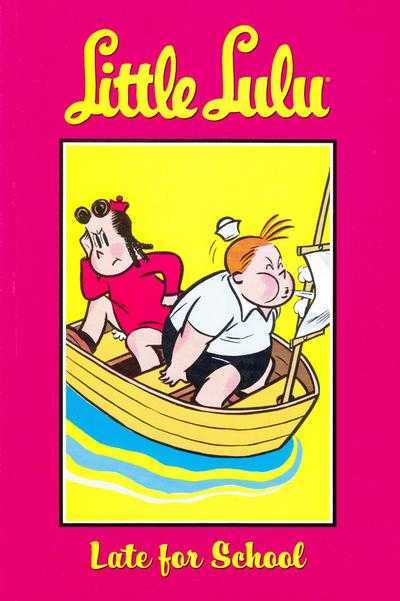 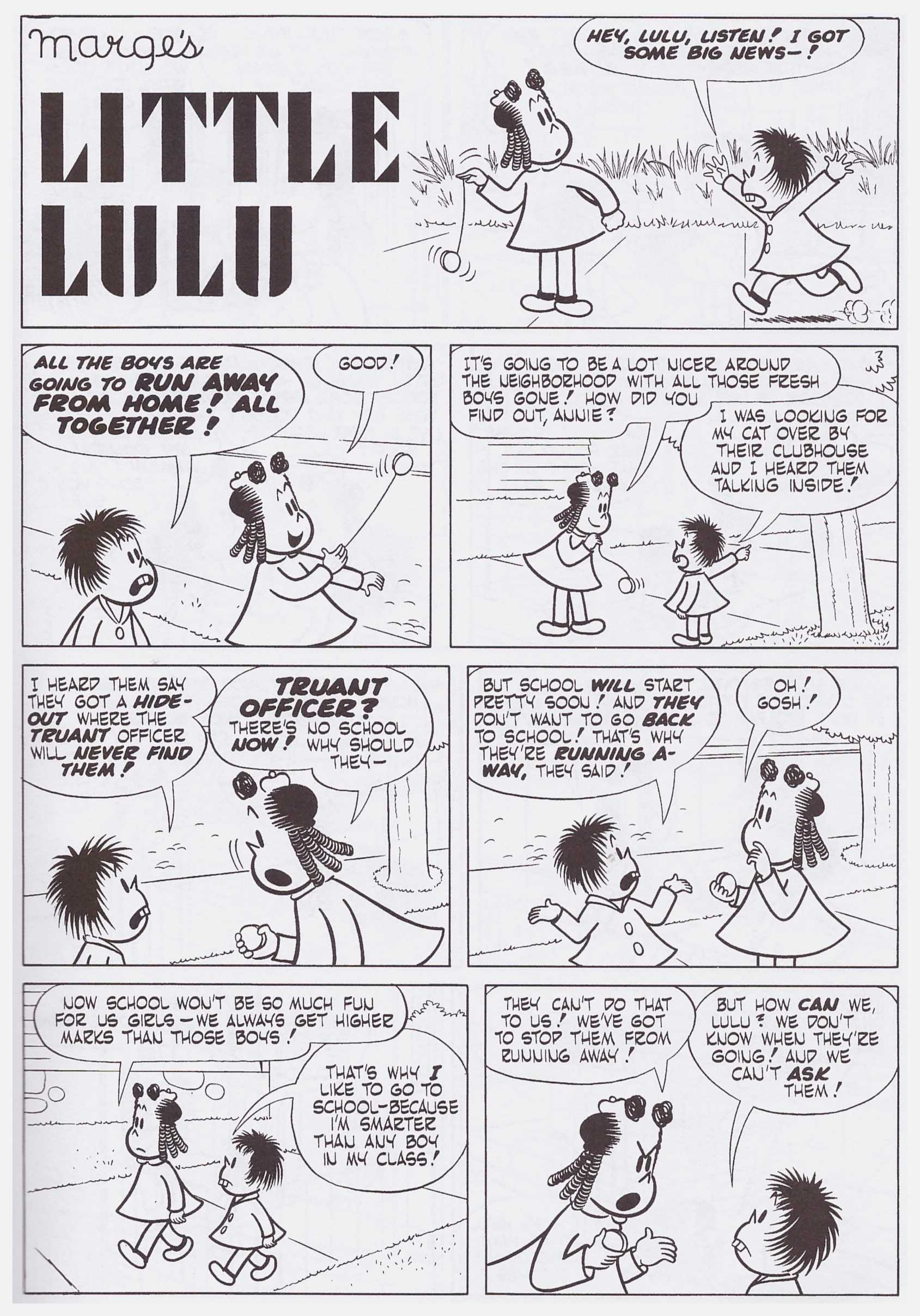 Simple it may be, and indeed it’s a single panel enlarged from interior content, but the cover is compacted genius that says everything about the relationship between Little Lulu and Tubby, and much about their characters. Tubby is the master of puffing himself up, believing himself capable of anything, yet now his puff is required because he’s not thought to bring oars for a boat on a windless day. The lack of motion indicates the level of his achievement. Lulu, generally far more capable, is annoyed at the situation, and keeping her distance. Yet for all her experience with Tubby she was still enticed onto the boat in the first place. And take a look at the beautifully understated comic effect of Tubby’s ridiculously small sailor’s hat.

As with all the art, the cover enlargement is drawn by Irving Tripp, from layouts provided by John Stanley, who also writes. These stories originally saw print in 1950-1951, and the pair had ascended to a creative plateau from which the series never descends during their tenure. There is, though, towards the end, a rare return to full art for Stanley. Perhaps he was rushed, but it’s interesting to note that his look lacks the polished appeal of Tripp’s work. Stanley’s work uses more close-ups, and the cast are often angrier.

This book includes plenty of fresh new material, and another go-round for plenty of favourite scenarios: Lulu’s fairy tales of the poor little girl to placate Alvin; the boys isolating the girls; Tubby as hilariously inept detective the Spider, and much more. As the issues were published during the winter, care is taken to feature the trappings of the season, so we have Thanksgiving, Valentine’s Day, Christmas trees and snow.

So, because you’ve been good and read to the end, here’s one prime Stanley plot: Lulu’s been instructed to rake the yard and is spotted by her prettier rival Gloria. In response to boasting, Lulu claims she could not only have the boys rake her yard as they did Gloria’s, but that they’d pay to do so. Not to give everything away, she succeeds, and the boys sweep the yard and pay for their cartons of collected leaves. Each dashes home under the belief that baking the leaves in a mixture of substances will transform them into pennies. Stanley applies a strict moral code to his stories, so while Lulu generally triumphs, here she’s resorted to deceit for her own benefit, which means come-uppance is due. It’s a comic masterpiece, and so is so much else here.

The next volume is Lucky Lulu.