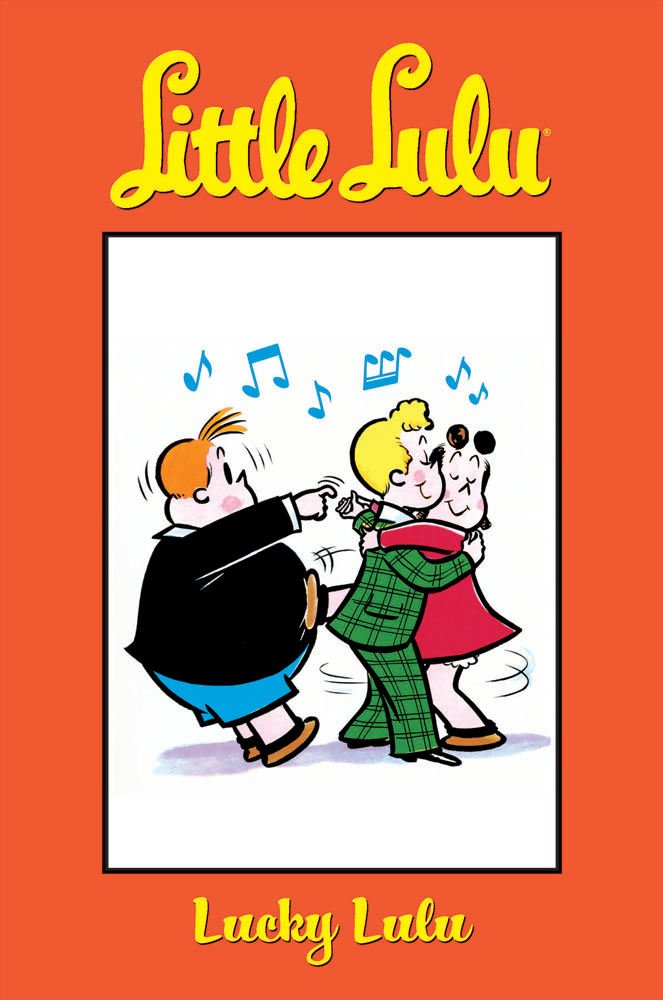 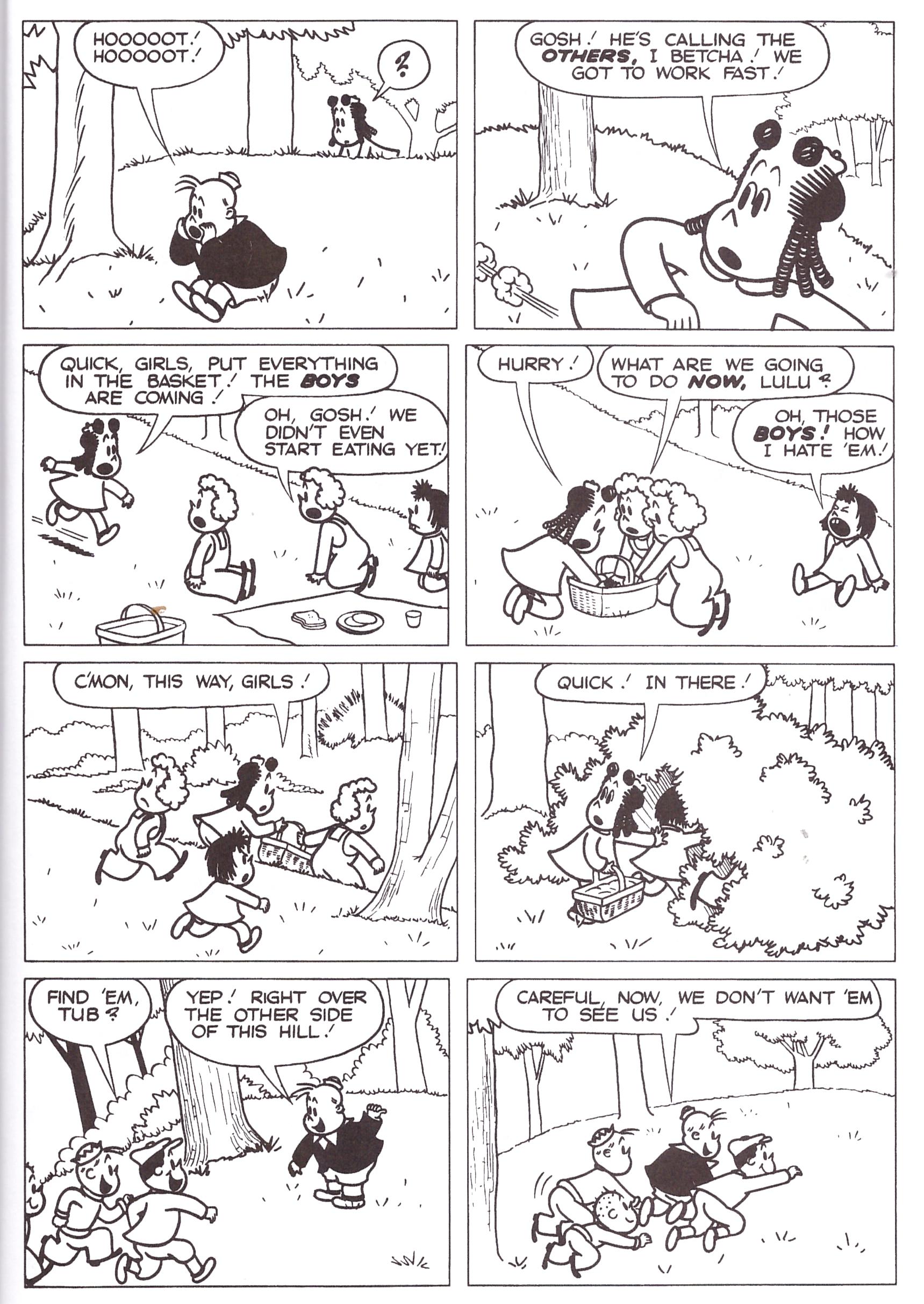 By the time of the 1951 material reprinted here John Stanley and Iriving Tripp had been producing Little Lulu comics for three years, and had settled into a fine groove. Lulu and almost all her primary supporting cast have been introduced, the formula items of the strip have been refined, and within the parameters the creators are endlessly inventive. From now until the end of the series twenty books later there’s barely a mis-step and the formula never becomes tired.

All the favourites are here. Lulu tells that little pest Alvin fairy tales to calm him down; Tubby plays the violin badly, fancies Gloria, is barred by the gang for not paying his dues and disguises himself as the Spider for some more inept detection that nevertheless reveals Mr Moppet as the culprit; that fresh rich kid Wilbur Van Snobbe again gets his come-uppance; the West Side Gang again prove themselves tougher; and Lulu and Annie consistently outwit the boys despite not being allowed in their clubhouse. Treasure is repeated theme. In the opening story Lulu and Annie are forbidden to accompany the boys on a treasure hunt, later Alvin, Lulu and Tubby discover a treasure chest at the beach, and it also features in a fairy tale about gold being discovered in California.

Every single story is well plotted and well drawn and without any element that could provide offence at the time or all these years later. No, Little Lulu’s strip wasn’t at the forefront of social integration, set in an exclusively white neighbourhood, but in an era in which the social services weren’t alerted if a child was seen out alone, Stanley and Tripp projected a world of adventure, but also one that was safe.

The exceptionally fine toothed nitpicking comb is required to find fault with Lucky Lulu, so let’s not bother. The following collection is All Dressed Up.