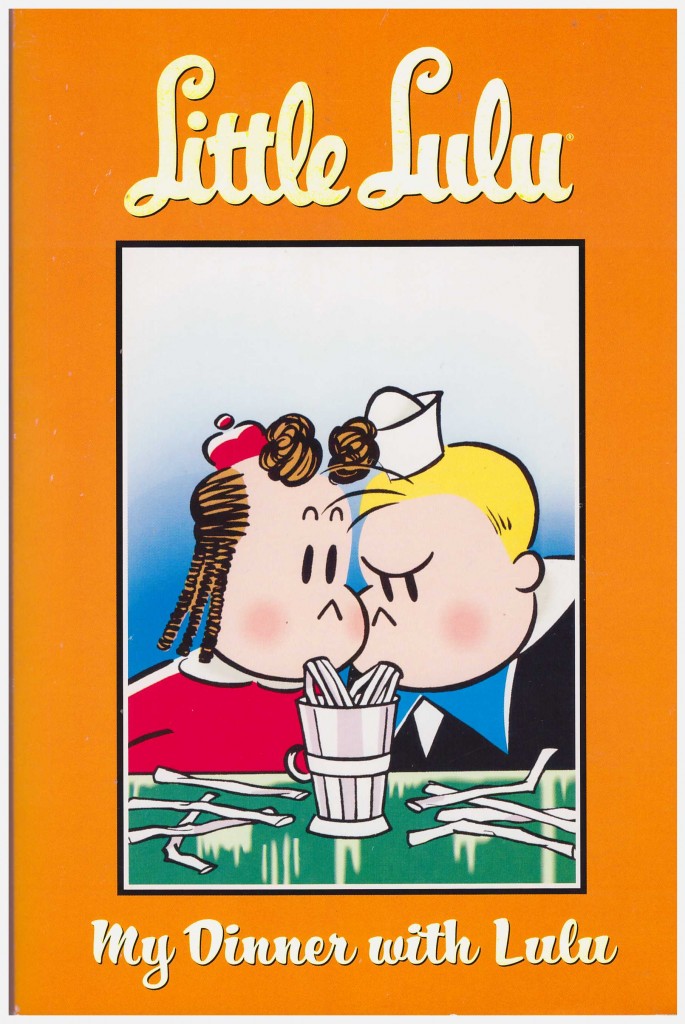 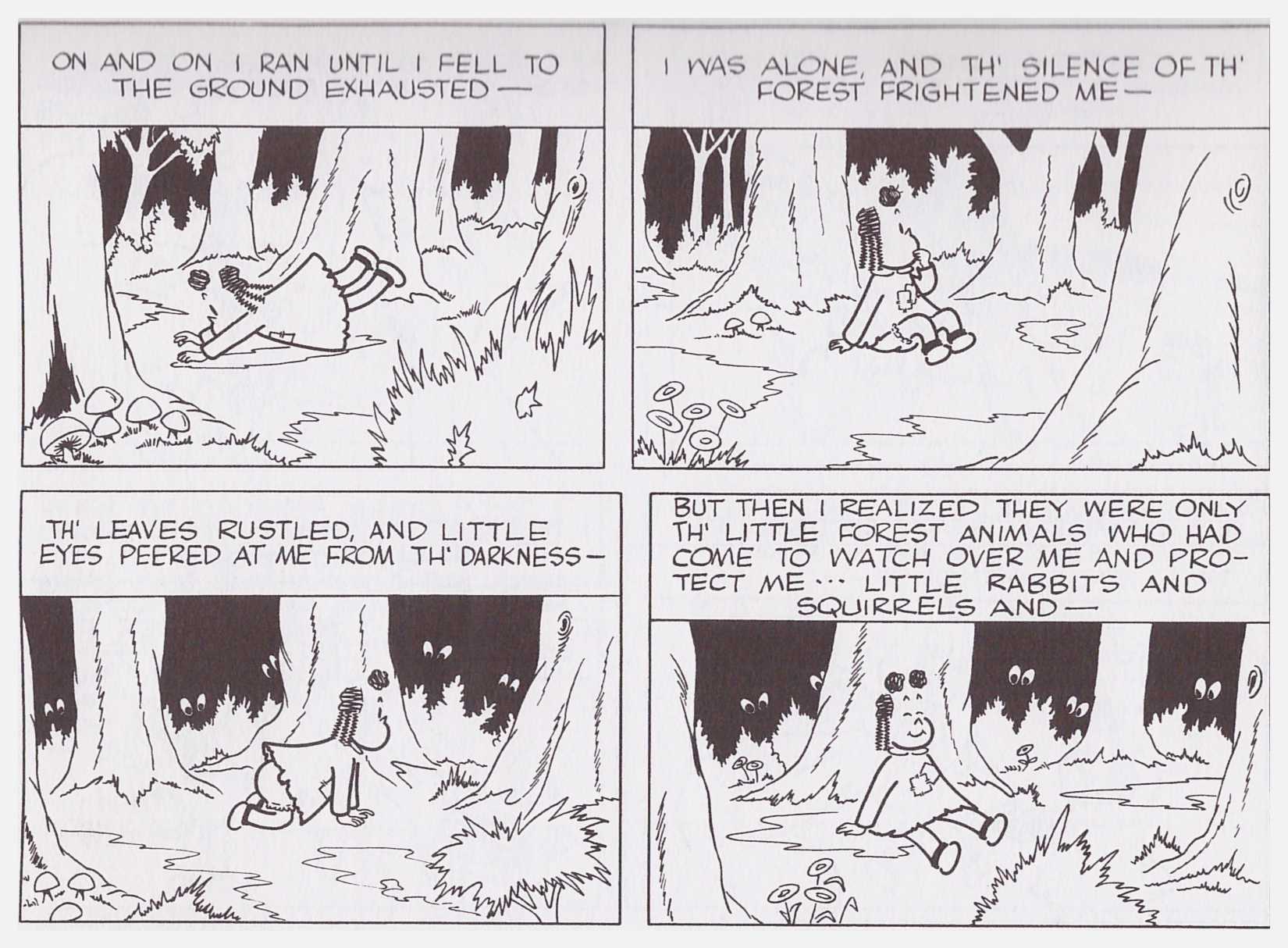 For a decade Little Lulu ranked among the best American comics, and still holds up today as excellent entertainment. Lulu was created by Marge Buell, and began in 1935 as a single panel gag cartoon in the Saturday Evening Post. This Lulu is a more proactive troublemaker than her comic counterpart, a deliberate policy on her creator’s part, who believed a misbehaving girl would have greater leeway in an essentially conservative family publication.

Lulu was an instant success, and after a ten year run in the Post she transferred to a both traditional newspaper strip, initially drawn by Buell, and to irregular comic publication by Dell. This was handed to John Stanley, who took a short while to find his feet. His template was Buell’s single panel gag cartoons, which over the years, particularly after the début of a series of cinema animations in 1943, had toned Lulu down from a mischief maker to a less troublesome child. Stanley accentuated her charm, although over the course of her first five comics reprinted here, there are some wrinkles to be ironed out.

Stanley drew all but the final tales as well as writing them, and rapidly realised his first attempt at Lulu, in which she and Tubby lack mouths, resulted in a perpetually grumpy looking little girl. His Tubby is considerably heftier than the later model, and in the earliest stories Alvin hasn’t yet developed his distinctive peaked hair or the power of speech, although he’s already a terror.

A way to subdue him was an early piece of creative inspiration: he can be persuaded to sit down and listen as Lulu spins a yarn. As the series progressed these would always be about Witch Hazel and the poor little orphan girl, looking suspiciously similar to Lulu, but for the initial material featured the orphan girl only. The stories Lulu first told Alvin were Stanley’s surreal spin on fairy tales, here Cinderella, while Goldilocks and the Three Bears, Aladdin and Jack and the Beanstalk are lampooned in the following Sunday Afternoon.

By the final half dozen tales reprinted here Stanley’s work has developed considerably from the earliest material. The stories are more sophisticated with greater variety, and the kids cause chaos without ever meaning to. These stories are drawn by Irving Tripp from Stanley’s layouts, and are altogether smoother. This is the weakest volume in the series, but the overall level of quality is so high that this can still be enjoyed today.

The original comic stories were in colour, although it was of its era and nothing special, but there is occasional reference to it in the stories, such as the final tale in this collection. When the anomaly is highlighted it’s jarring, but apart from minor reminders of this nature the stories don’t suffer from back and white reproduction. Much of this collection was later reprinted in colour as part of Little Lulu: Working Girl.