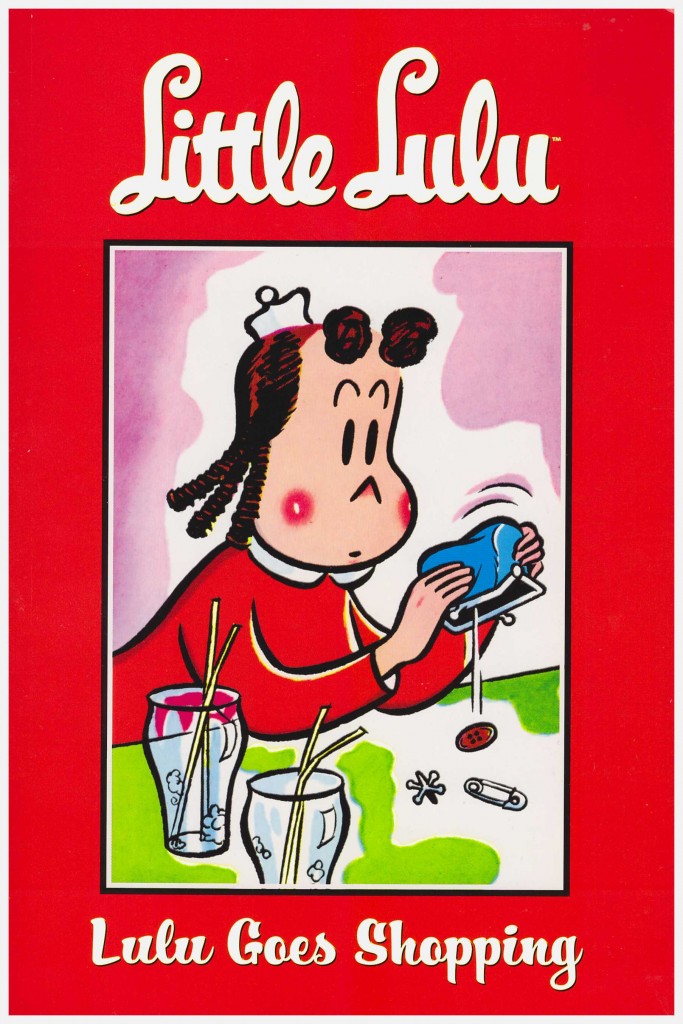 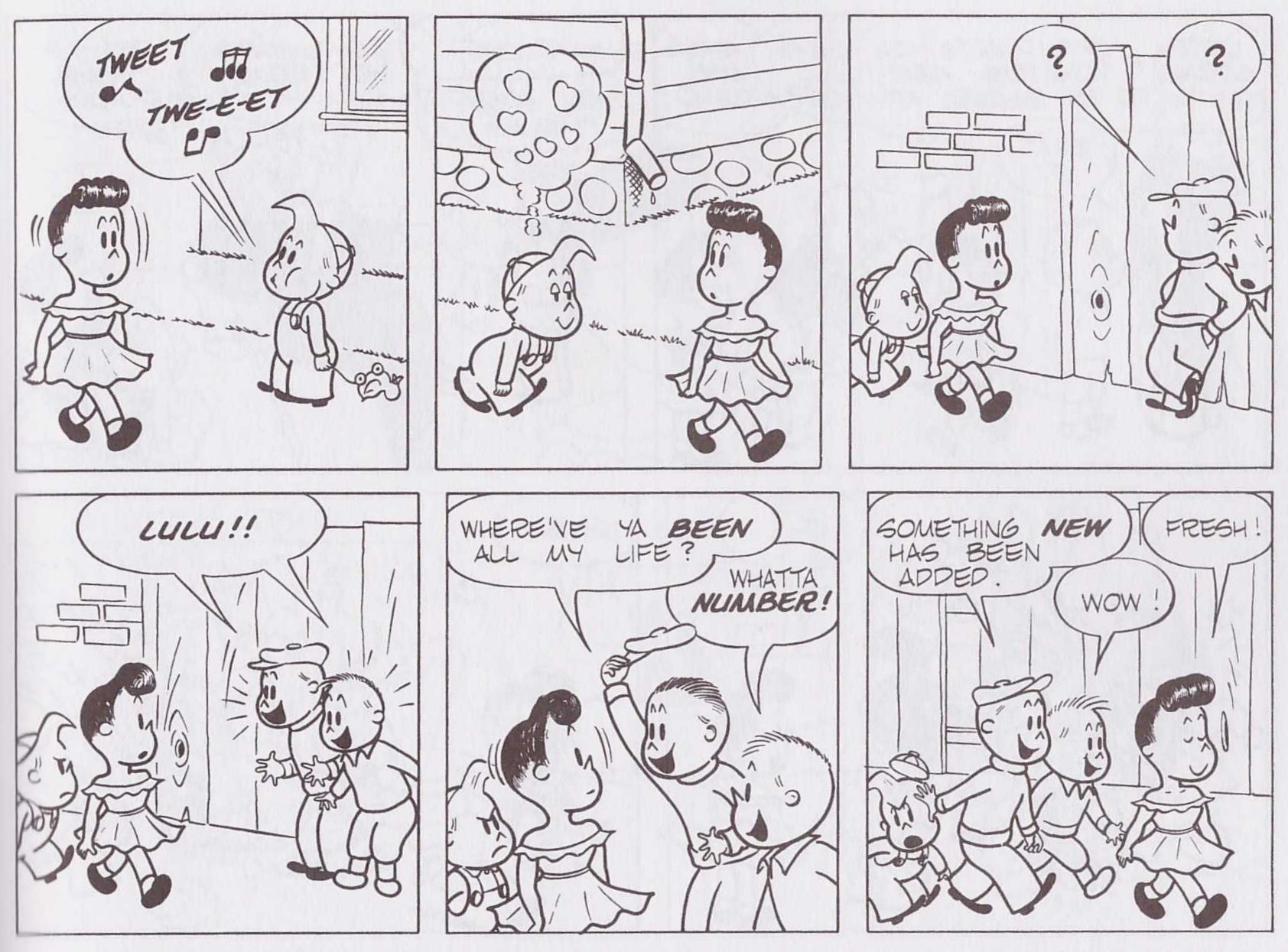 By the stories reprinted in Lulu Goes Shopping John Stanley had pretty well settled into his pattern for Little Lulu. There were still a few standbys and cast members to be added, but most of what makes the material great can be found in this volume.

For starters in the final reprinted issue, Little Lulu 12, Tubby’s gang has almost solidified into the form it would remain (barring a few story necessities) for the rest of Stanley’s run. Willy and Eddie had already been incorporated into the larger gang seen earlier in the book, but it’s the arrival of Iggy and his distinctive shaved head here that almost creates the final iteration. One further nameless member would disappear in the next volume.

The distinctive ‘No Girls Allowed’ sign has been painted back onto the gang clubhouse, yet despite this there are two stories here in which Lulu is invited to join. The first is as part of elaborate plan to move the clubhouse as its previous site has been sold for re-development. Tubby conceives a scheme that’s too clever by half and it ends with his downfall. In another tale the boys want a housekeeper, but knowing Lulu will refuse if asked openly, they dangle the prospect of membership in their club, not mentioning the fine detail. There’s also the small matter of the initiation tasks, each of which Lulu manages to subvert in frustrating fashion. It’s a masterfully plotted story.

Of course, that could equally apply to almost all the content here. There’s an early return for Tubby the detective, complete with preposterous moustache, several instructional tales aimed at developing better behaviour on Alvin’s part, and the introduction of the recurring gag about Tubby’s excruciatingly bad violin playing. One gag not repeated is Lulu undergoing a makeover, turning heads as she emerges from it resembling a sophisticated film star.

The book is once again entirely written and laid out by John Stanley, with Irving Tripp now the sole person trusted with converting his layouts into the finished art. Their collaborations continues with Lulu Takes a Trip.