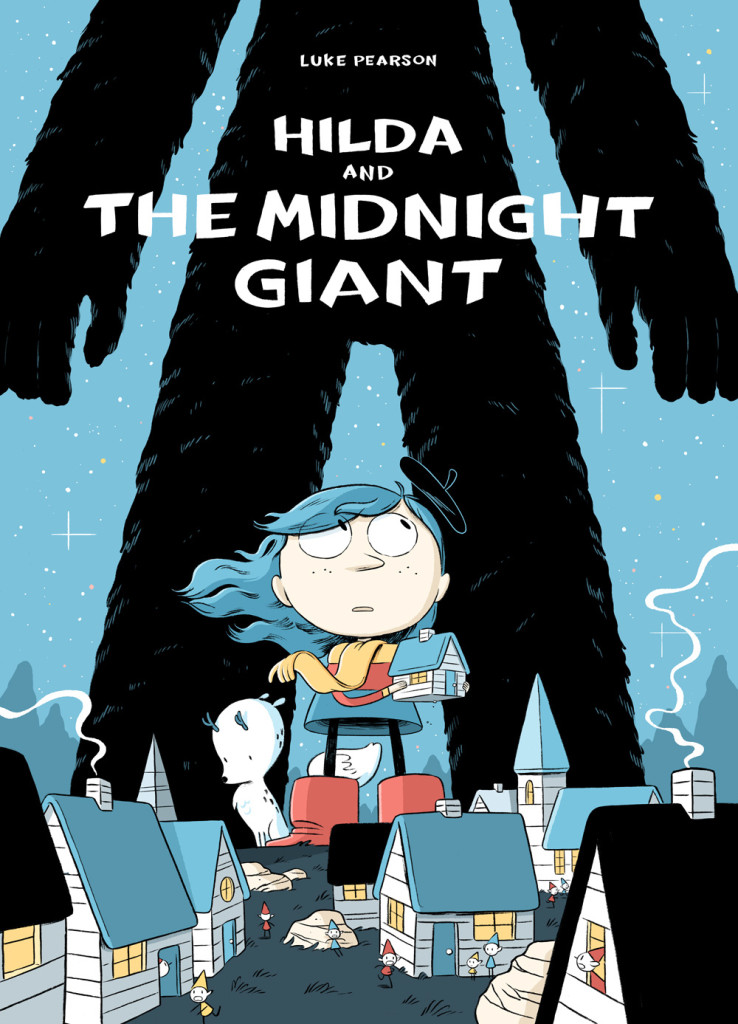 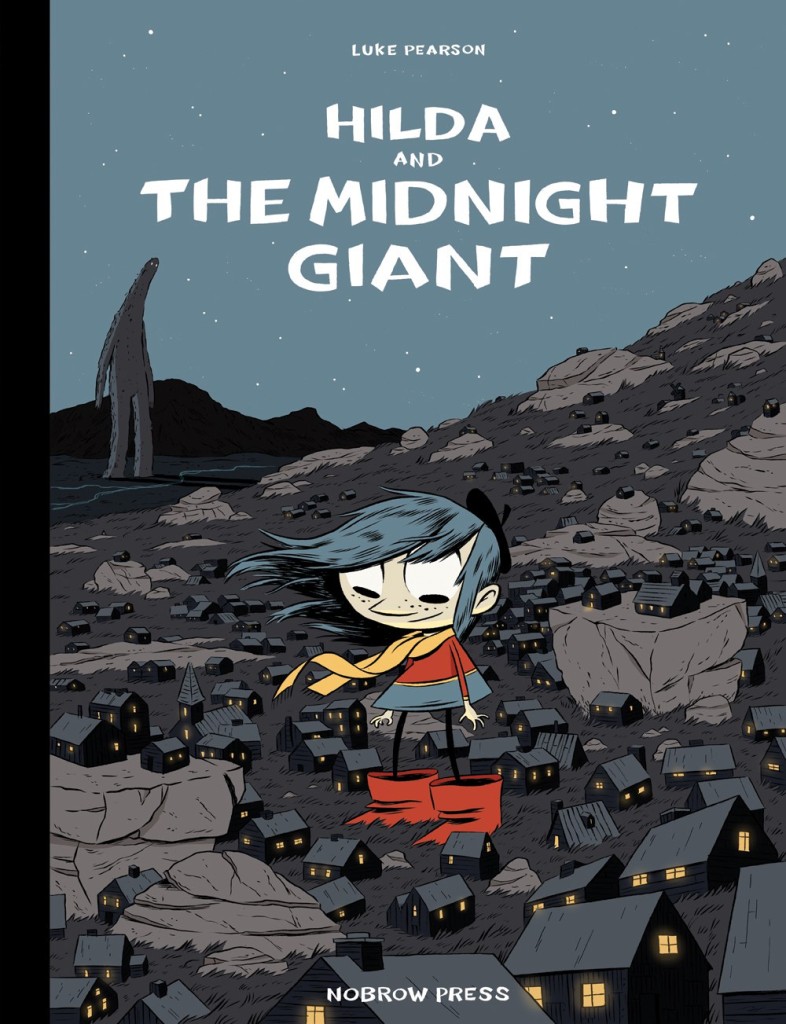 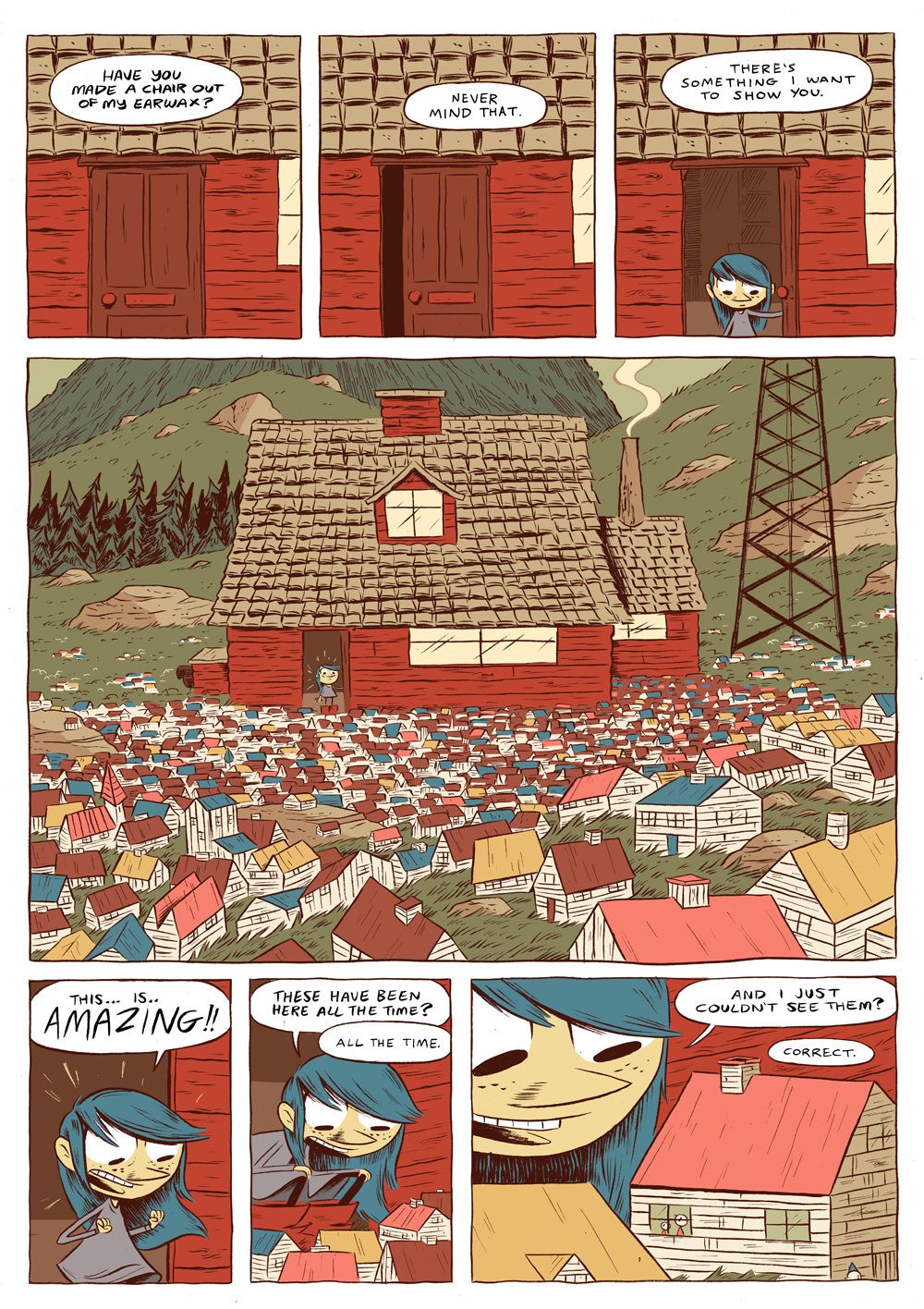 Hilda is an intrepid little girl who lives with her mother in a cottage, the only dwelling for miles around in a valley surrounded by forest and mountains. The isolation suits both of them; her mother can work uninterrupted and Hilda can go out with with her ‘deerfox’, Twig, and wander around the forest, exploring. But it seems they aren’t as isolated as they thought when they begin receiving tiny envelopes with even tinier letters inside. The letters are from elves who say the valley is actually theirs, and they want Hilda and her mother to leave, but there’s no sign of any elf community, so where do they live?

Luke Pearson builds on the world he established in his first book Hilda and the Troll to create a more fantastical set of characters and situations in this second volume, as Hilda has to go on a quest that has a couple of objectives. The first is to find out where the letters are coming from and solve the problem of the angry elves. The second, concerns an enormous giant creature she sees looming in the distance, but her mother can’t see anything but mountains. She is determined to prove that the sightings aren’t in her imagination – there really is a giant living in their valley, and she’s going to find out who it is, and what it’s doing there.

There’s a lovely exploration of perspectives and scales in this story as Hilda finds herself as massively huge to the elves in her valley as the Midnight Giant is to her, and there’s a lesson to learn about how we see things, and what we pay attention to. The revelations that lead to Hilda completing her quest are funny and weird, drawn by Pearson with lots of details and little jokes hidden in the backgrounds. The subtle colour palettes add to the poetic mood and the designs of the characters Hilda encounters have a slight Miyazaki-esque flavour to them that adults will like as much as the children this book is designed for.

Hilda and the Midnight Giant was nominated for two Eisner Awards (Best Writer/Artist, Best Publication for Children) and was the winner of the Young People’s Comic Award in the British Comic Awards 2012. The next book in the Hildafolk series is Hilda and the Bird Parade,