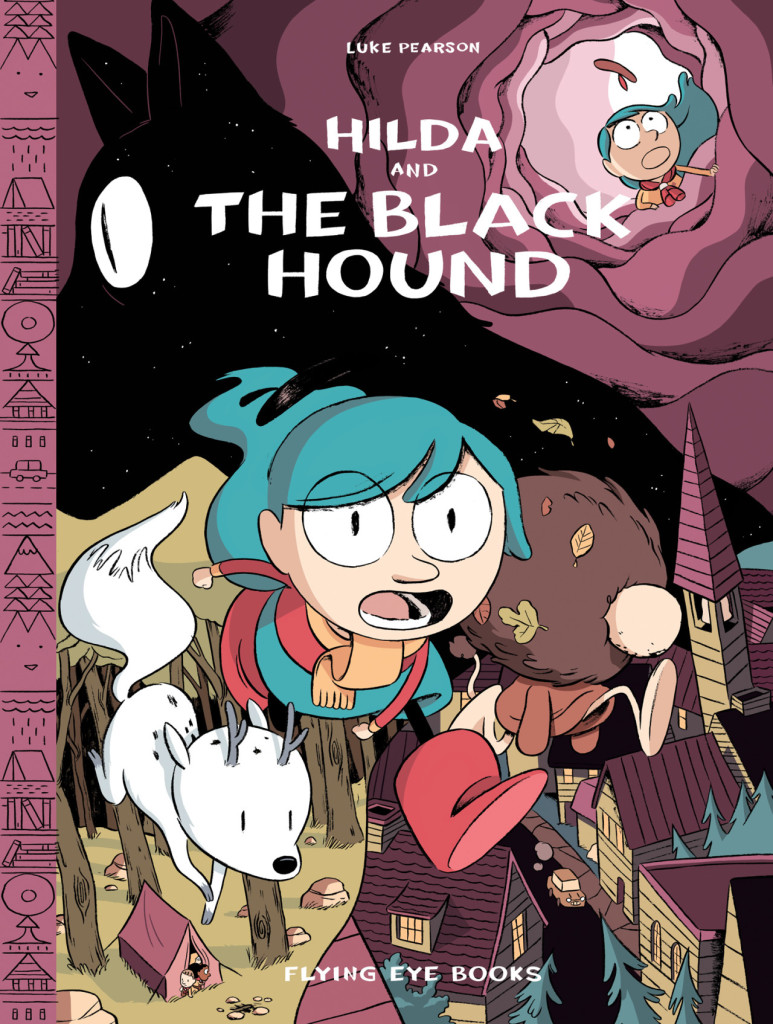 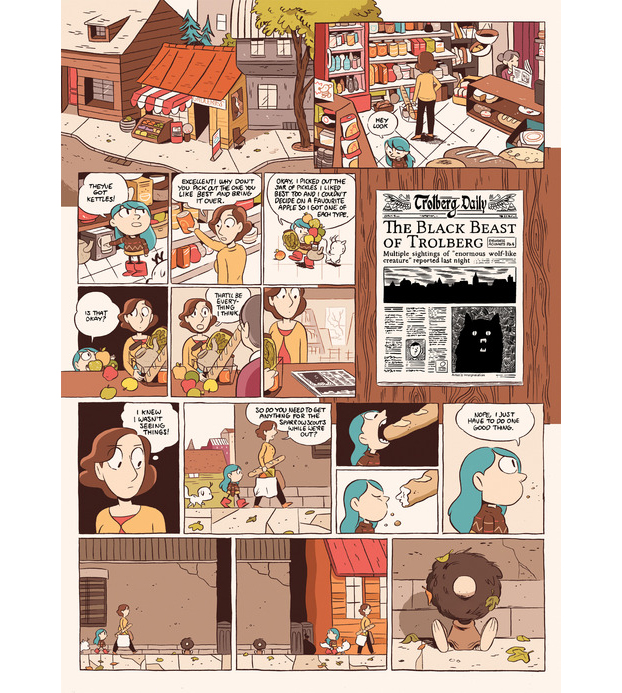 Luke Pearson’s award-winning Hildafolk series of books are magical adventures starring Hilda, a small blue-haired girl. Originally Hilda lived with her mother in a secluded cottage, tucked away in a valley surrounded by forest and mountains. In Hilda and the Bird Parade, the third book in the series, they moved to the city of Trolberg, and now they are adapting to life in a more conventional setting with a lot less wildness. For Hilda that means living in her imagination, until she joins the Sparrow Scouts, an organisation that takes children out into the country on hiking and camping trips. Hilda’s mother had the most badges of any Sparrow Scout in her flock, and Hilda decides she’s going to beat her record, but she’s distracted when she meets a Nisse, a house spirit with no house to live in.

This fourth book in the Hildafolk series, is the densest and most satisfying chapter of her adventures yet. Pearson constructs a very well-plotted sequence of events where all the seemingly unconnected things that happen to Hilda and her mother in and outside their home, the Nisse that she befriends, and the mysterious hauntings around the city slowly weave together into a very satisfying conclusion. There are a lot of panels on each page, all crammed with story arranged into very detailed pictures, and there is a lot of reading. The character designs have evolved slightly from the previous volume and the gentle colours support the images beautifully, every now and again bursting into vividly contrasting brighter or darker moments. All the folkloric and mythic elements that Pearson has explored through the earlier stories gel into something more personal this time around. It’s a brilliantly well-realised piece of work and by the end of this volume, it seems as if there is no limit to where he can take this series.