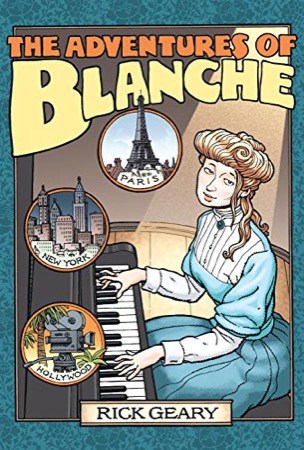 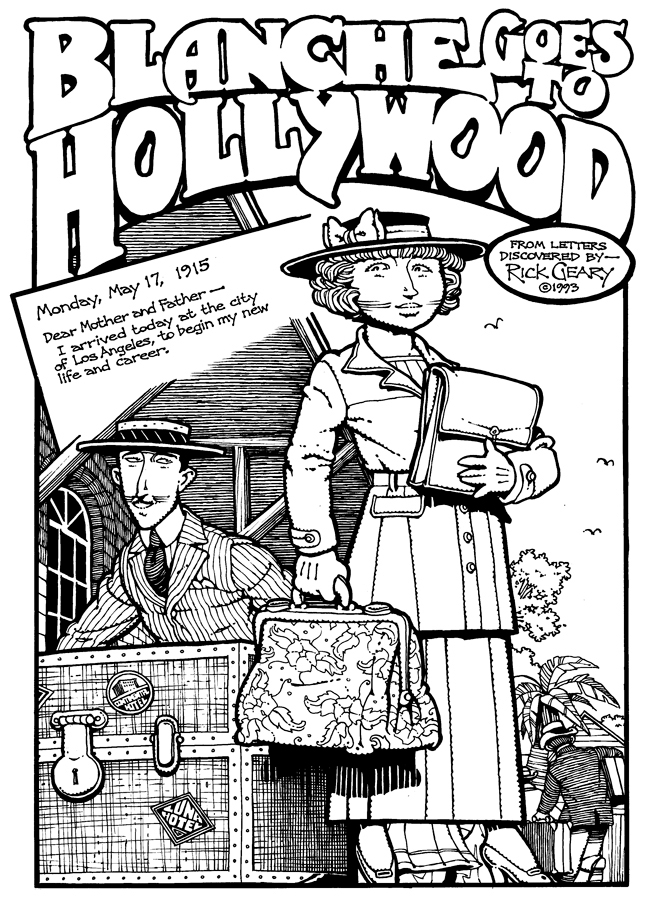 One of the hidden gems in American comics, The Adventures of Blanche is the work of a mature comic artist at the peak of his storytelling abilities. Already a 46 year old veteran when the first Blanche story was published in 1992, Rick Geary had a wealth of life experience under his belt, and chanelled it  perfectly into the adventures of Blanche, a concert pianist who encounters all sort of trouble in New York, Hollywood and Paris between 1907 and 1921.

Blanche Goes to New York remains as fresh as when first issued. Starting out as a piano protégé, Blanche arrived in New York to study with a music professor who was involved in an underground cult, an allusion to the famed New York tunnels. Her first public recital literally brought the house down and she was captured by the cult. It’s a literal interpretation of scathing reviews and critics holding their subjects hostage. The other two stories in the collection, Blanche Goes to Hollywood and Blanche Goes to Paris are more grounded in reality. Blanche meets D.W. Griffith, and Paolo Picasso and Ernest Hemingway, and becomes involved with communists, trade unionists and saboteurs.

It is a pity that Geary has not found the time or financing to continue Blanche’s adventures. There are tales planned for San Francisco and Kansas.

Contemporary readers might find Geary’s style old fashioned, but it could equally be classified as reliable and satisfying. The Blanche adventures bring to mind Carl Barks’ duck tales: simple adventure stories that show slices of the world we may not have the chance to visit. Reading Blanche is like travelling in the mind, with all the anticipation and excitement of a new journey. Comparisons can be made with Jacques Tardi’s The Extraordinary Adventures of Adèle Blanc-Sec, but Blanche is in a class of her own.