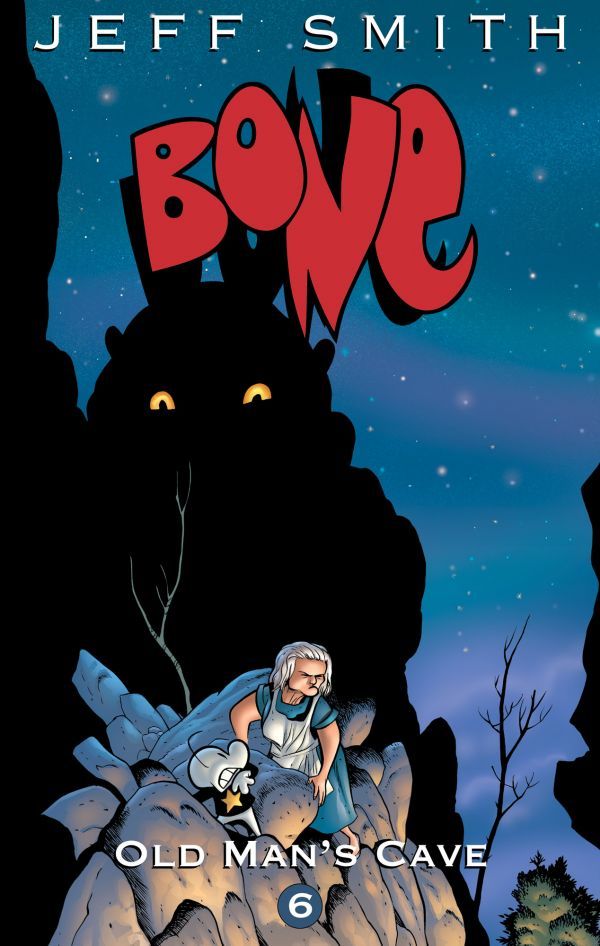 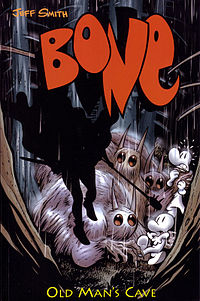 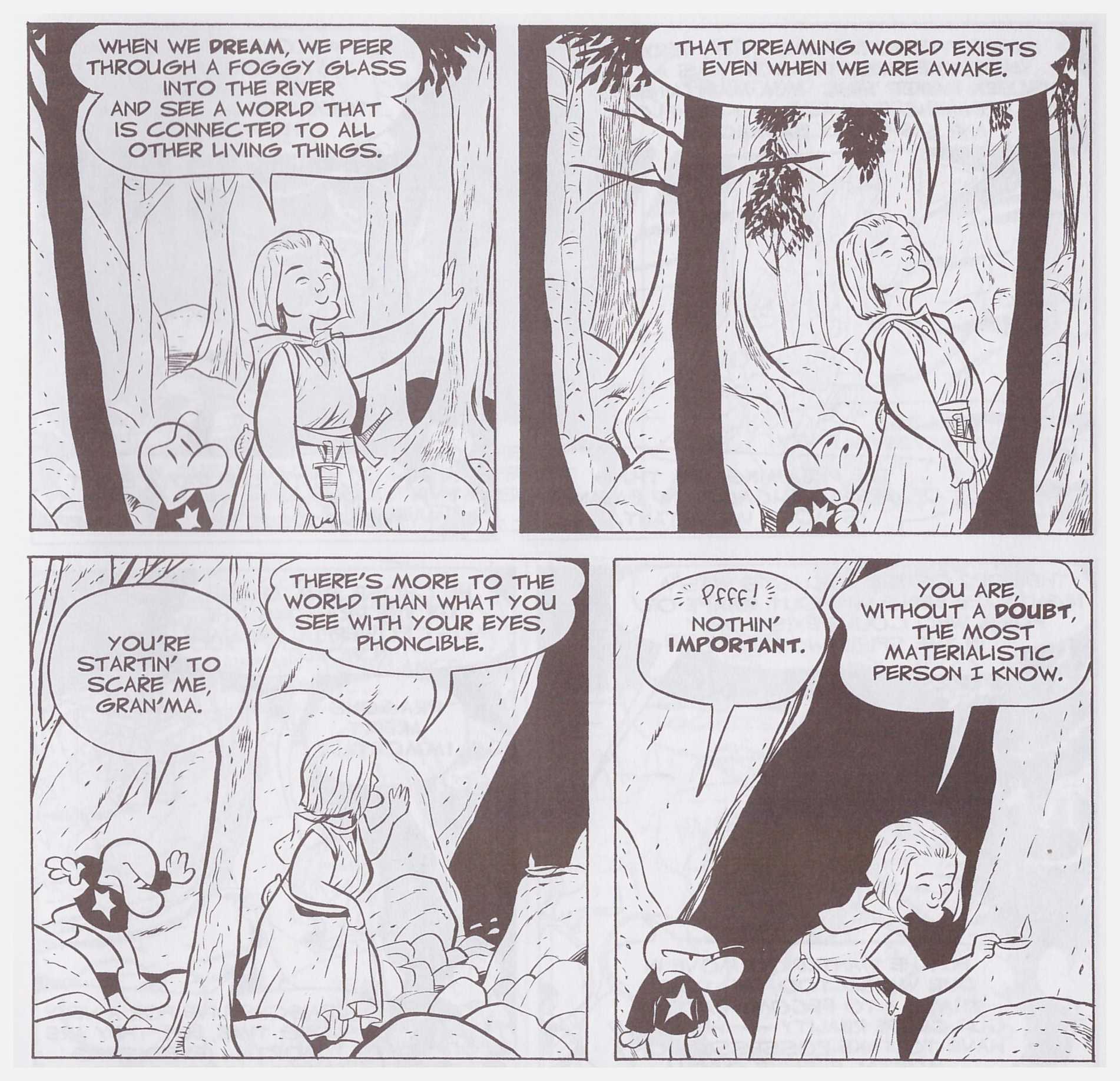 Fone Bone, Smiley Bone and Thorn are re-united early in Old Man’s Cave, and the knowledge they’re able to share proves enlightening. The puzzle of Thorn’s dreams remains, though. Memories of her past are returning, and they don’t coincide with the reality those dreams project.

Rock Jaw introduced Roque Ja, a fearsome mountain lion, dangerous enough acting in his own interests. He’s now approached to become an agent of others, and is equally dangerous. His massive size was apparent in his home territory, but is really emphasised when he wanders into the forest and is pictured beside a hut, dwarfing it.

The old man’s cave of the title is a place of refuge, known from historical events, and serving as defensible shelter for the residents of the now destroyed Barrelhaven, and they now have some protectors. Gran’ma Ben is back in the picture and interprets the cave paintings depicting horrific events a long time in the past. It’s more explicit here how aspects of the aboriginal concept of the Dreamtime play into Bone, both with the cave paintings and the visions representative.

In precis form this makes Old Man’s Cave sound a protracted info-dump, which is definitely not the case. Jeff Smith drip-feeds the necessary background amid plenty of story. Among the revelations is exactly why the rat creatures are so obsessed with Phoney Bone as a danger and a portent of the future. It’s phenomenally well delivered by Smith.

Although there are some dark aspects to this book, they’re split by a fair amount of humour and confusion, which draws the sting. The danger, though, continues as the rat creatures may not be a threat individually, but en masse can be terrifying.