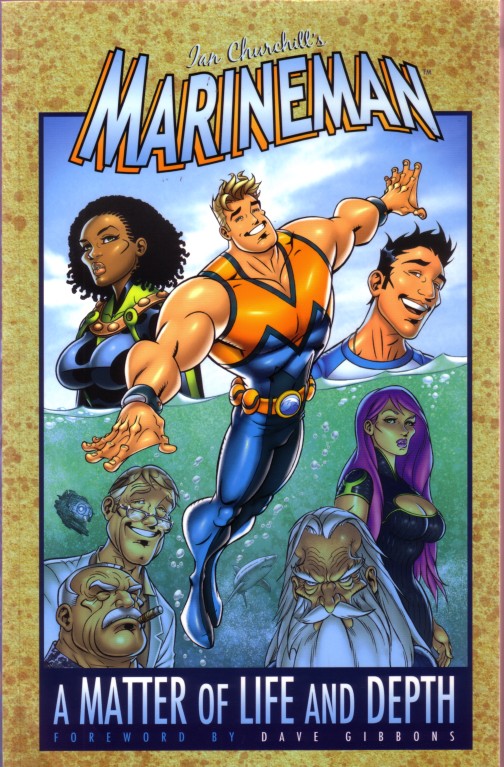 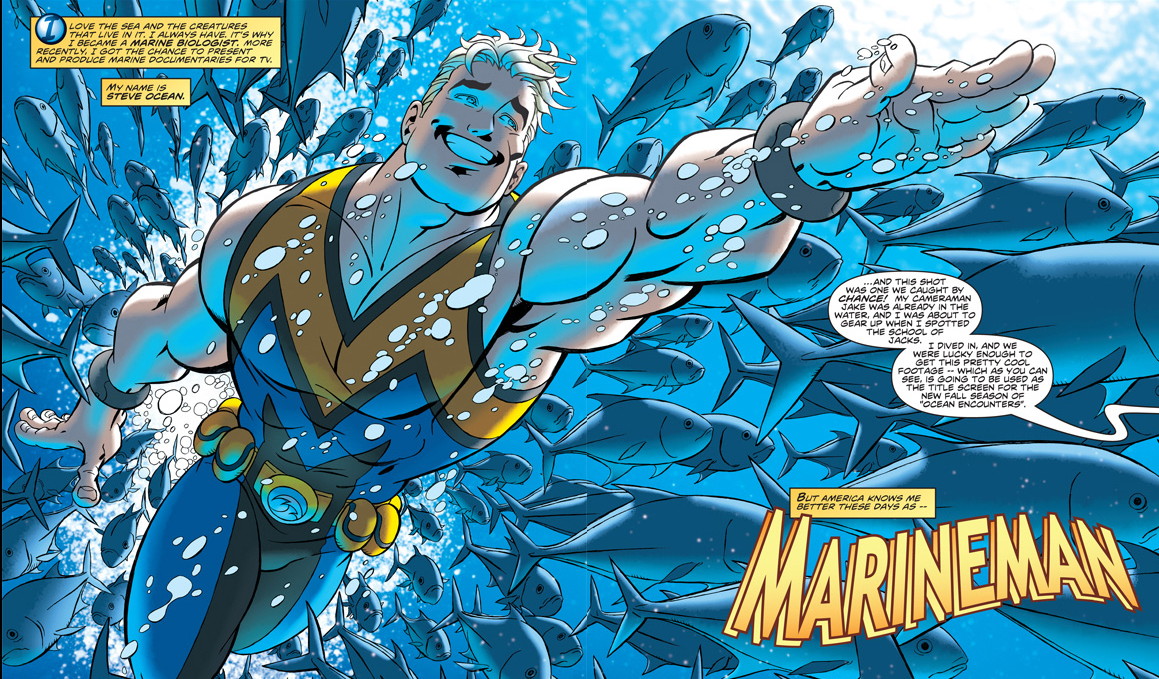 There must be some considerable satisfaction and delight in reworking a childhood concept into a viable character able to find an audience over thirty years later. This is what Ian Churchill has achieved with Marineman, created when he was eight.

The concept retains a childhood exuberance, as marine biologist Steve Ocean has it all going for him. He’s a complete hunk, has a TV show and attendant celebrity status, he loves his work, and while acknowledging his costumed public persona of Marineman is a little gaudy, it also serves a valuable purpose in spreading matters of marine ecology to a wider audience than any researcher could. Steve just turned up in the sea one day as a seven year old with no memory, and was adopted by the couple who found him. Surrogate father David Ocean is a navy commander, researching more efficient underwater exploration vehicles.

That’s the starting point, and from there Churchill begins to pick at Marineman’s idyllic existence, every chapter revealing something new or different. Managing that efficiently without ever sacrificing the story’s wide-eyed appeal takes considerable skill, all the more impressive for it being Churchill’s first writing for comics. His art has also come a long way from beginnings approximating grotesque stylings of popular 1990s artists, but Marineman has a simple clarity with far broader appeal.

The book contains a wealth of additional material, including the Marineman story produced by the eight year old Churchill, and design roughs. The inclusion of several interviews with marine biologists indicate the underwater setting wasn’t just a convenient peg upon which Churchill could hang a plot. A Matter of Life and Depth was intended as the first of a series of Marineman stories, but it’s taken until 2015 for Churchill to begin work on new material.