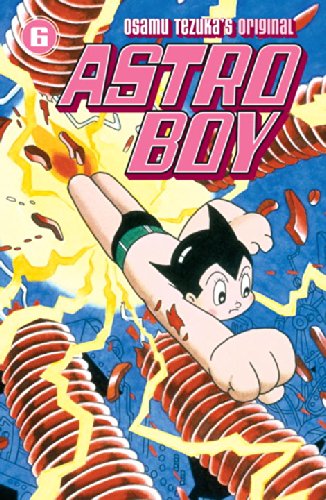 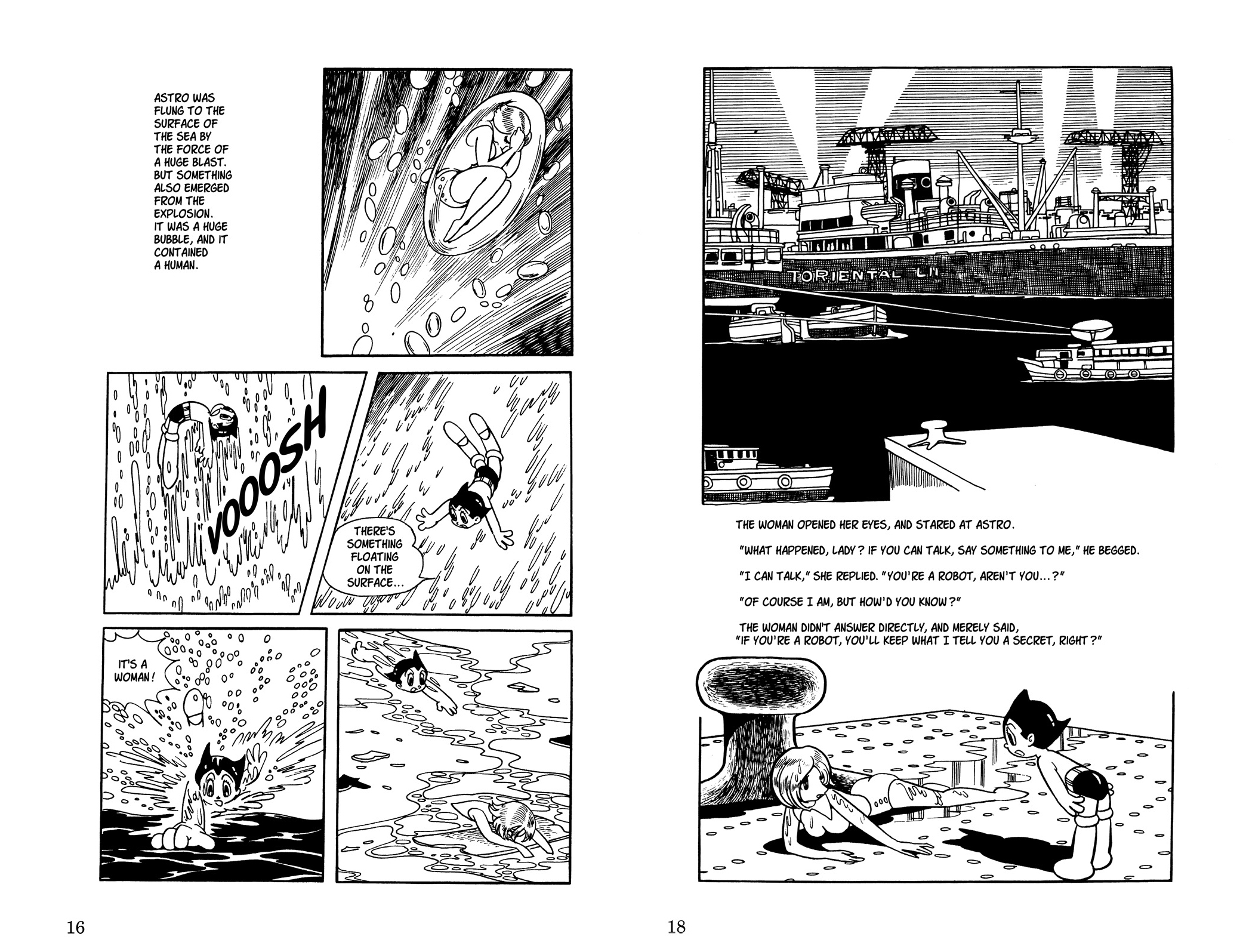 Each book in this series of Astro Boy volumes, translated by Frederick L. Schodt, has featured several stories personally selected by Osamu Tezuka from two decades of Astro Boy comics. This sixth volume is different. It’s the first part of a continued story of almost 700 pages. ‘Astro Boy Tales: Once upon a Time’, is split into chapters of smaller episodes, but it’s essentially one long adventure which ran over two years from 1967 to 1969 in the Sankei newspaper in Japan.

The first part of this epic begins in this volume, but it continues into Astro Boy volume 7 and concludes in Astro Boy volume 8. It starts with ‘The Beginning of the Contradiction’. This is mostly an origin story for the other main protagonist of this long adventure, an insectoid alien called Scara who travels to Earth in search of excitement and crashes her spacecraft in Tokyo Bay. The explosion from the crash throws her and Astro through time back into the past, from the futuristic techno-Earth of 2017 to the comparatively primitive 1969. In ‘Living on Earth, 101’, Astro and Scara try to adapt themselves to this new/old past world where there are no robots and no atomic energy. Astro meets the young versions of the people he knows in his future, such as Ochanomizu who isn’t a professor yet, and in ’The Birth of Neva # Two’, tries to help him in his work.

Through the episodes ‘Baro, The Robot’, ‘Scara Disappears’, and ‘The Energy Tube’, Scara adapts to human existence in various funny vignettes, while Astro has to figure out a way to survive in a world where he cannot refuel himself and he can’t reveal his identity or he’ll affect the timestream. Events take a dark turn in ‘The Angel of Vietnam’ when a despairing Astro with almost no energy left battles the tanks and jet planes of the US Military who are bombing a small village in Vietnam. Tezuka’s storytelling is highly emotional here, dramatic set pieces abound as he places the innocent and always plucky boy robot into one dire situation after another with betrayals, reversals, tricks and disappointments. This is top form with skilful work from the God of Manga, alternately funny, exciting and heartbreaking.

This volume ends terribly sadly for Astro, defeated, far from home and with no way to return. How can he possibly be saved? Any answers will have to wait until volume seven.