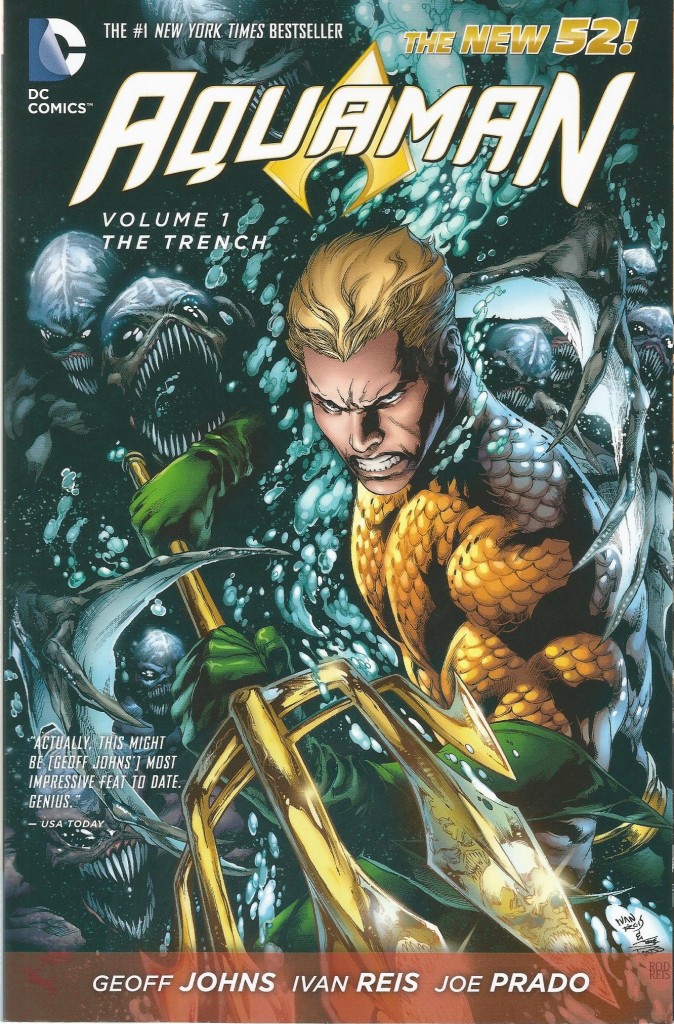 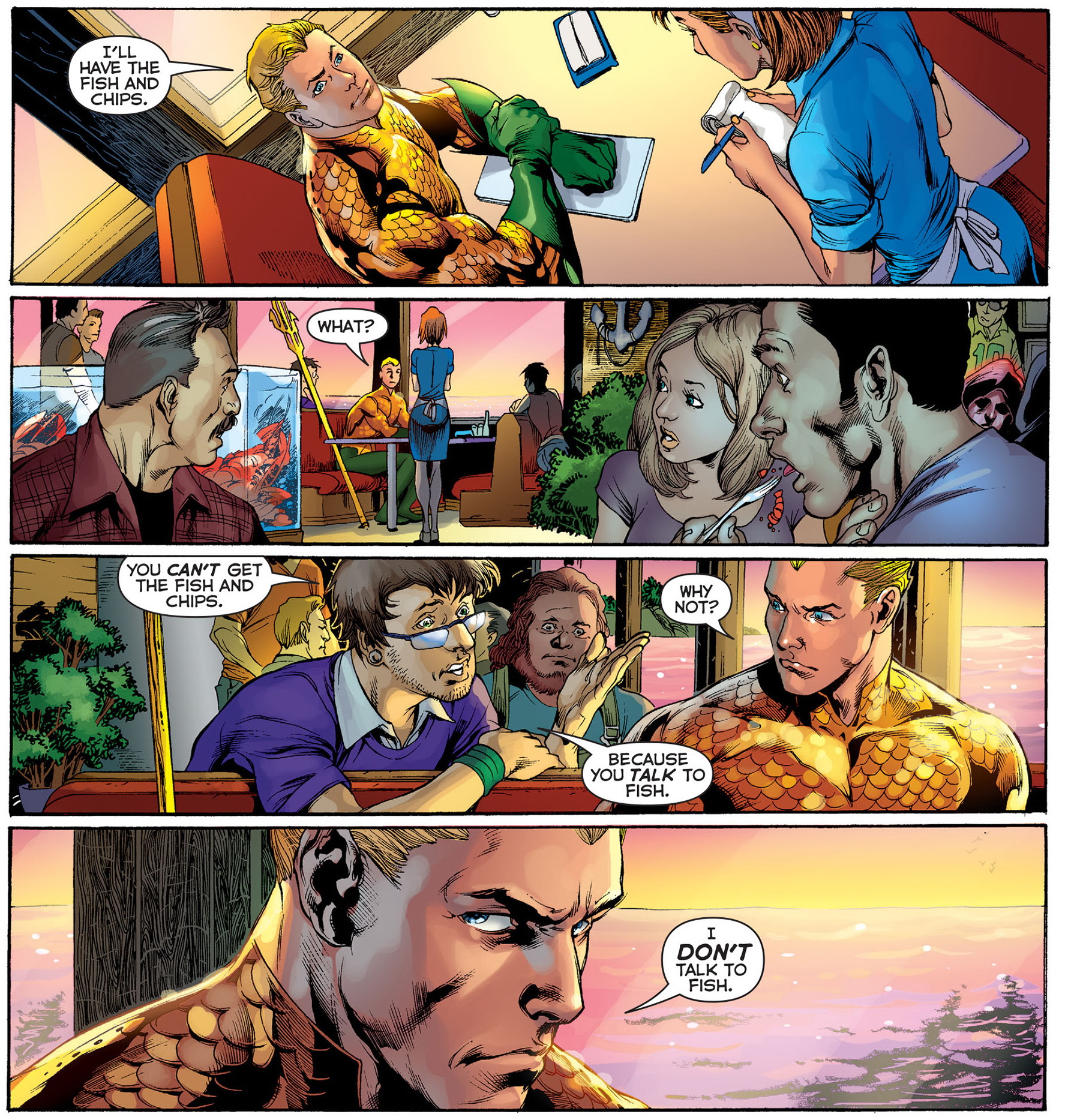 For more than a decade, Aquaman has been the joke of DC Comics. Although mentions in TV shows such as Entourage, Family Guy  and Big Bang Theory have helped keep him in the public consciousness, it’s been as a figure of ridicule, universally derided as the most useless hero in DC’s pantheon.

Geoff Johns, very much a curate’s egg of a scripter, performs much better in this ‘New 52’ reboot than he did on the overwrought, underwritten Justice League. He addresses all the major Aquaman gibes – talking to fish, helplessness out of water, general lack of credibility, and slaps each one soundly round the face as he dismisses it, hopefully forever. Johns gives the reader everything he needs to know to enjoy the character from here on, without needing to look back.

There’s a great deal to enjoy. This Aquaman is a formidable opponent on land, one appealing aspect of his power being his lack of ostentation, using his power intelligently, without the usual tooth-gnashing, constipated gurning. Johns’ intention to ‘badass’ Aquaman has been achieved, but without making him an uncouth and unnecessarily violent moron. Dignity – majesty, in fact – is the keynote of this incarnation. He’s clearly irked by others’ assumptions about him and his abilities, but he doesn’t rise to the bait, however temptingly it’s dangled. Much of the credit for his expressed personality must go to artist Ivan Reis, who conveys a great deal, with his skilled rendition of characters’ facial expressions, which is unsaid in the script.

We are also, thank the stars, presented with a Mera who (at least for now) is neither a dead wife, nor psychotic. Instead, she’s a warrior every bit Aquaman’s match, cool-headed in battle but passionate in her relationship, and sharing her beloved’s intolerance for idiots. This sometimes involves her in tricky situations – such as the delightful coda to this volume, guest-pencilled by inker Prado, in which Mera nips out to the corner shop for a tin of dogfood and, in an escalating series of misunderstandings, ends up in a battle with police. Oh don’t look like that, we’ve all done it…

Having retired, for yet-undisclosed reasons, from the role of rulers of Atlantis, the couple is now determined to make their lives in the surface world. Given that the glimpse we’re given of the murky depths is a far cry from Nick Cardy’s cosy, brightly-lit Atlantis of the 1960s, who can blame them? But the oceans seem set to draw the piscine pair back into the fray. Add in some intrigue courtesy of Dr. Steven Chin, a former mentor of Aquaman’s who betrayed him several years ago, and the advent of a new undersea race – unfortunately named “The Trench” – of frightening power and voracious appetite, and you have a heady bouillabaisse of high adventure.

Extras in this collection are three pages of Reis’ designs for the new looks of our hero and heroine, and our eponymous villains’ species. The series continues in The Others.