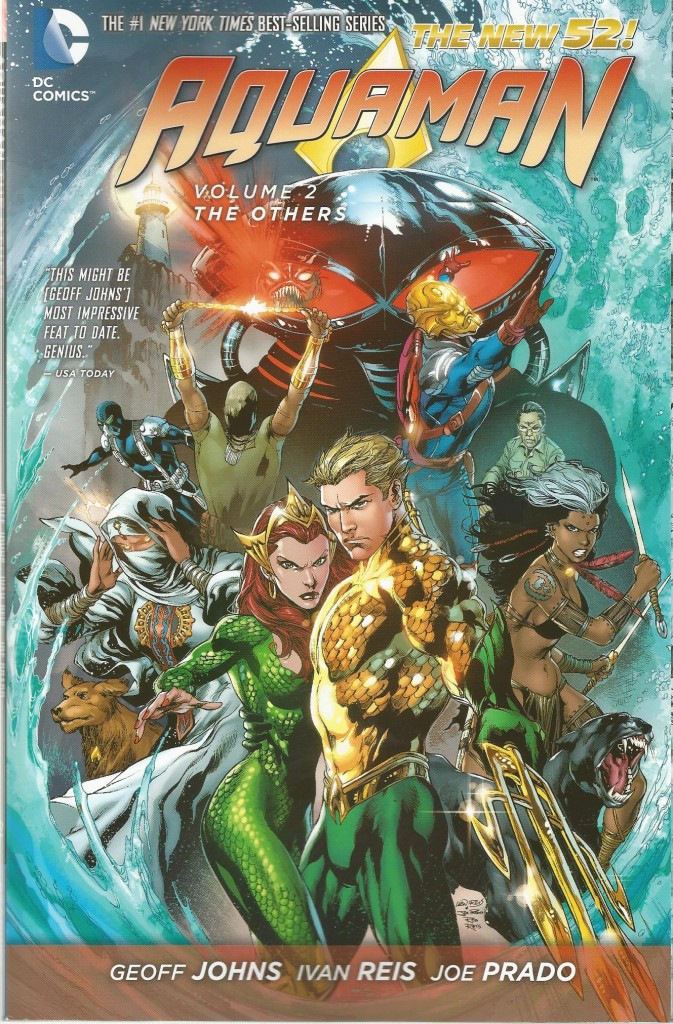 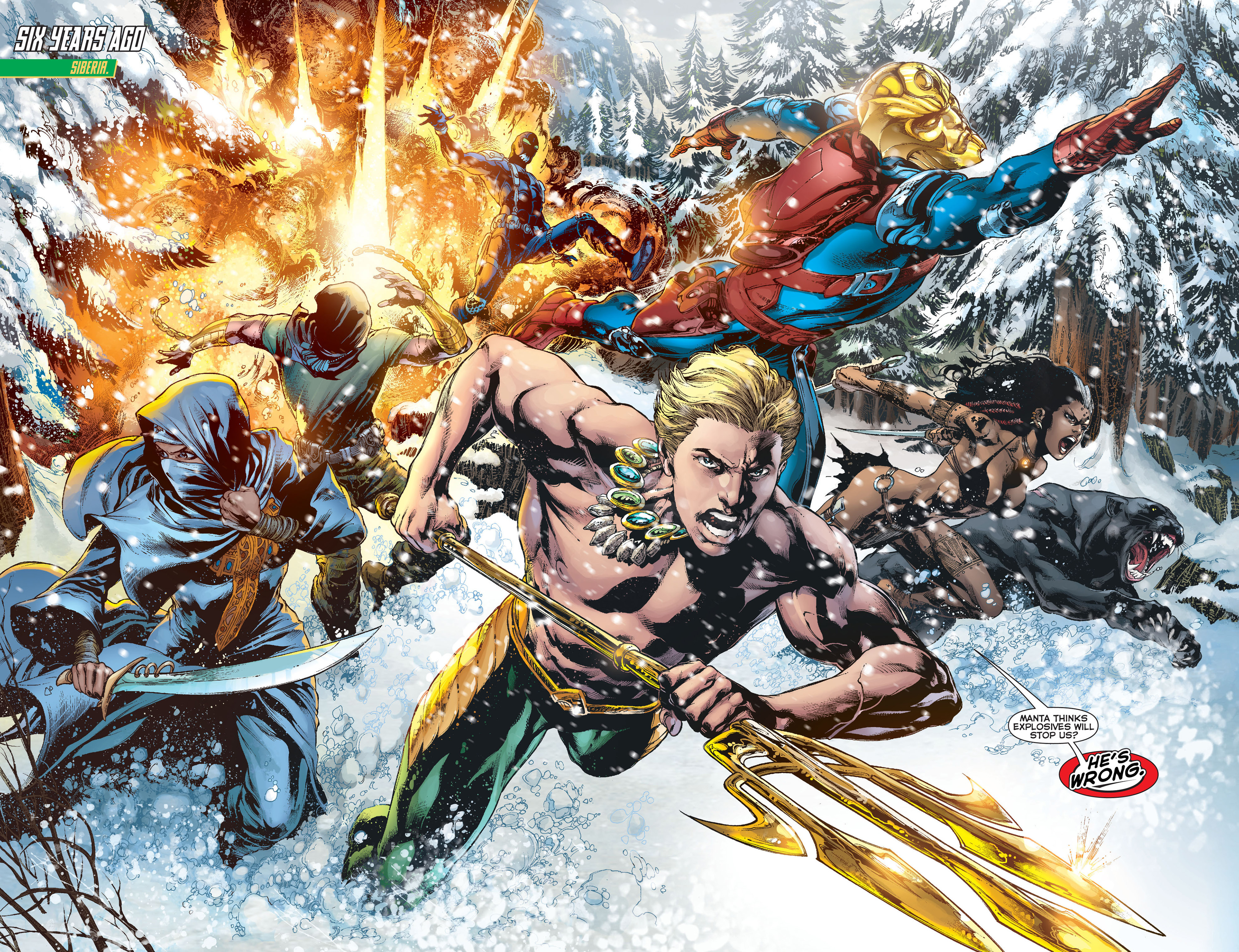 Having vigorously redefined Aquaman and Mera in the preceding volume, The Trench, Geoff Johns turns his attention here to filling out our hero’s past in the new continuity. Six years previously, before he became known as Aquaman, Arthur Curry was a member of The Others, a carefully-multicultural cadre each empowered by ancient Atlantean artefacts.

His past associates are forcibly brought to mind when one of them – a Brazilian virago named Ya’Wara – teleports, complete with black panther, into the home of Dr. Steven Shin, believing him to have betrayed them. Fortunately, Aquaman and Mera are visiting Shin at the time, and defuse her vengeful attack.

While Mera is less than chuffed at the sudden appearance of this never-mentioned, shapely and near-naked ‘old friend’ of Arthur’s, both our aquatic warriors are swiftly enlisted into an Others reunion, as the old gang is being tracked down with murderous intent, hunted for the Atlantean objects they hold. Along the way, they encounter an old foe of Aquaman’s, considerably ramped up since his previous incarnation, and discover the truth behind the sinking of Atlantis.

It’s a courageous move for Johns, so soon after re-establishing his hero as a force to be reckoned with, to devote the next story arc to a ‘back door pilot’ for a group we’ve never heard of before, but the Others (despite the naff name) are well-written and hold the reader’s attention, without hogging too much of the spotlight from our titular leads. The pace is swift, the personalities relateable, and the action gloriously depicted by Reis, who makes the most of the potentially epic settings. The action leads into Throne of Atlantis.

Against all this magnificence, the sole ‘extra’ – an alternate cover done in the style of the TV series Robot Chicken – is about as appropriate as a turd in a punchbowl, but if that’s the worst that can be said of the book, then they’re still doing well… 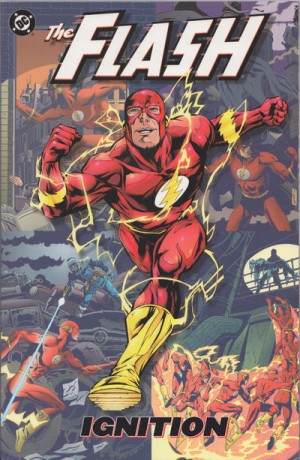