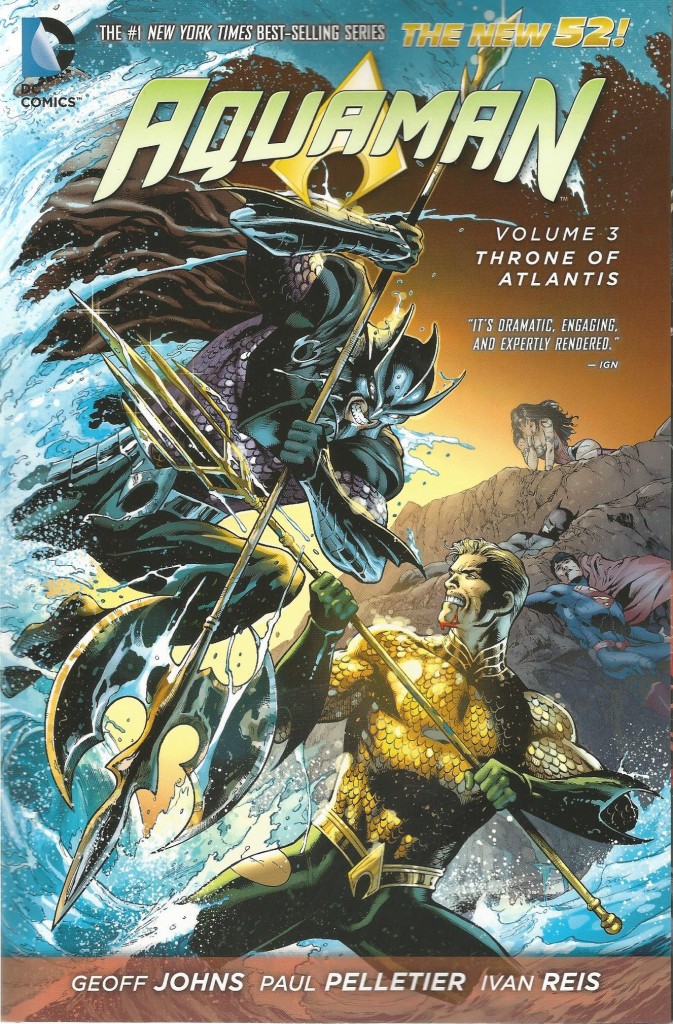 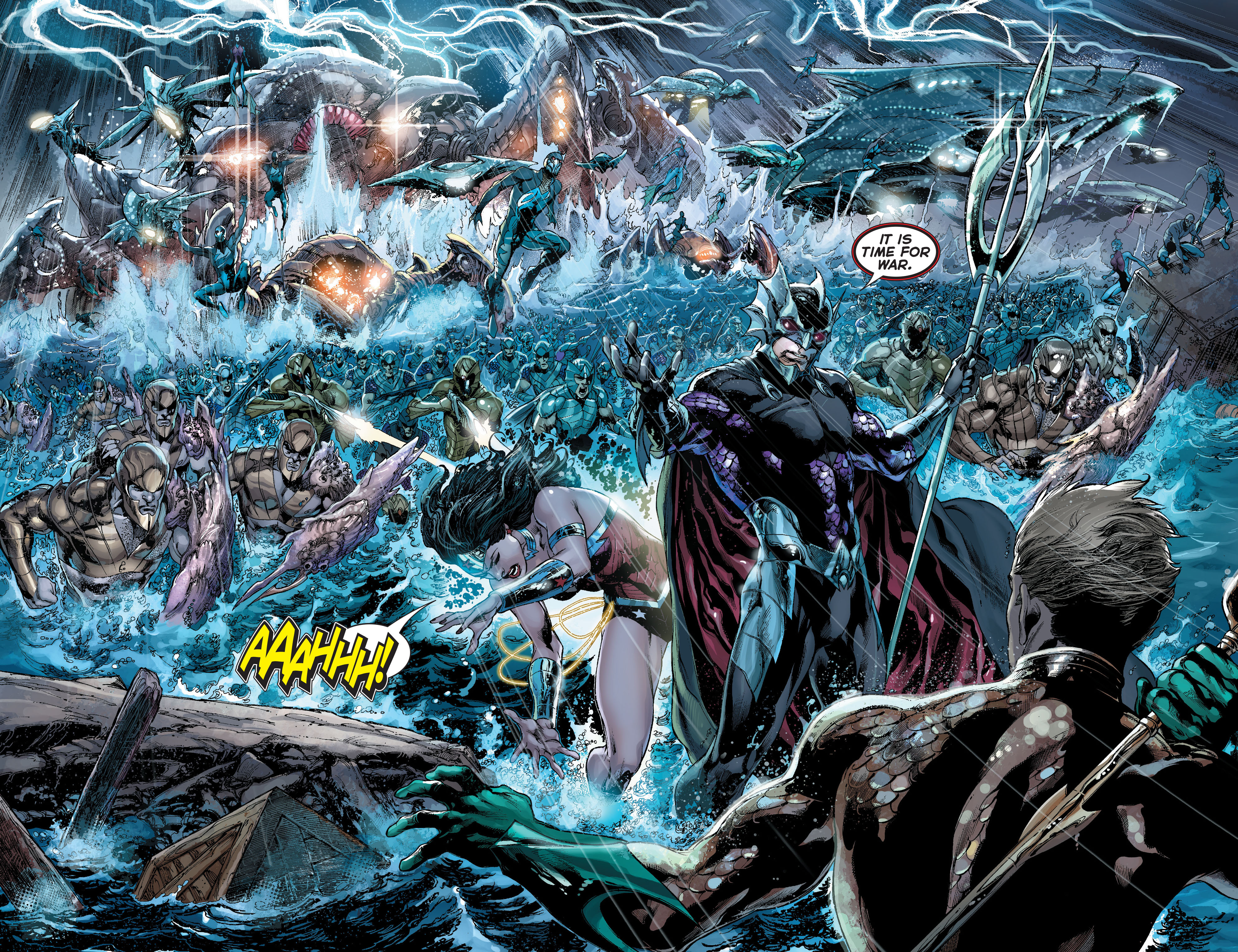 This volume collects a multi-parter which crossed over between the Aquaman and Justice League ongoing series, but it involves fewer false trails and dangling subplots than most such, as, handily, Geoff Johns was handling the writing of both monthly titles at the time. Aquaman’s involvement with the Justice League is explored in this volume as the Armies of Atlantis, led by our hero’s usurping half-brother Orm – a.k.a. Ocean Master – invade the surface world. Caught in conflicting loyalties, Aquaman is forced to turn his back on his League comrades in order to put his own house in order.

With so many gaudily-clad characters in the plot mix – not only the regular League, but no fewer than ten emergency members brought in for the crisis – there is a danger of our hero becoming a supporting player in his own story. The re-introduction of Atlantean noble Vulko, a much less avuncular figure than previously, avoids this pitfall, keeping the undersea intrigue bubbling away. And, with the exception of a few pages, the Justice League ‘trinity’ of Superman, Batman and Wonder Woman are satisfactorily guests in an Aquaman saga, rather than high-profile drop-ins hijacking the spotlight.

There is also much development given to our hero’s sibling Orm, as Johns continues his apparent project of transforming  the Aquaman Rogues Gallery from one-trick novelties to serious contenders. A hero in his own mind, performing questionable acts for what he believes to be the good of his people, Orm comes across as a tragic and twisted would-be benefactor.

Teaming the mass of the Atlantean armies with the teeming menace of the Trench, the predatory underwater species introduced in volume 1, our heroes are faced with a taxing and credible threat to even their great power, and the intensity of the battle is ably portrayed by Ivan Reis (with guest-pencillers on occasion) in beautifully-limned action sequences.

Bonuses include alternate covers, Reis’ redesign of Ocean Master, a costume redo for Mera, and sundry thumbnail and cover sketches. The next volume is Death of a King.