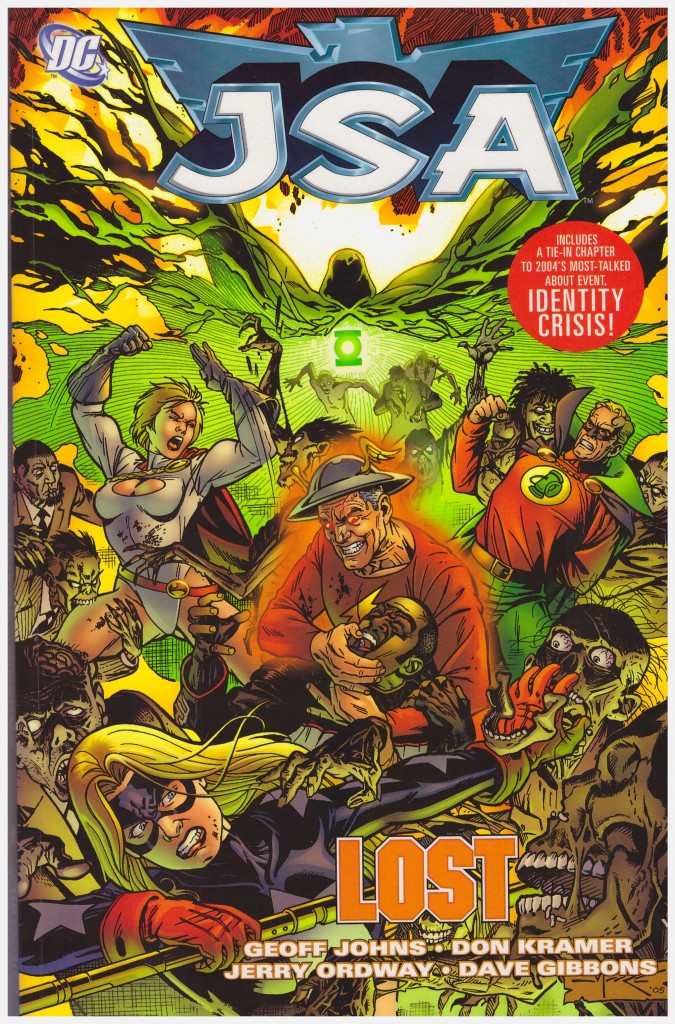 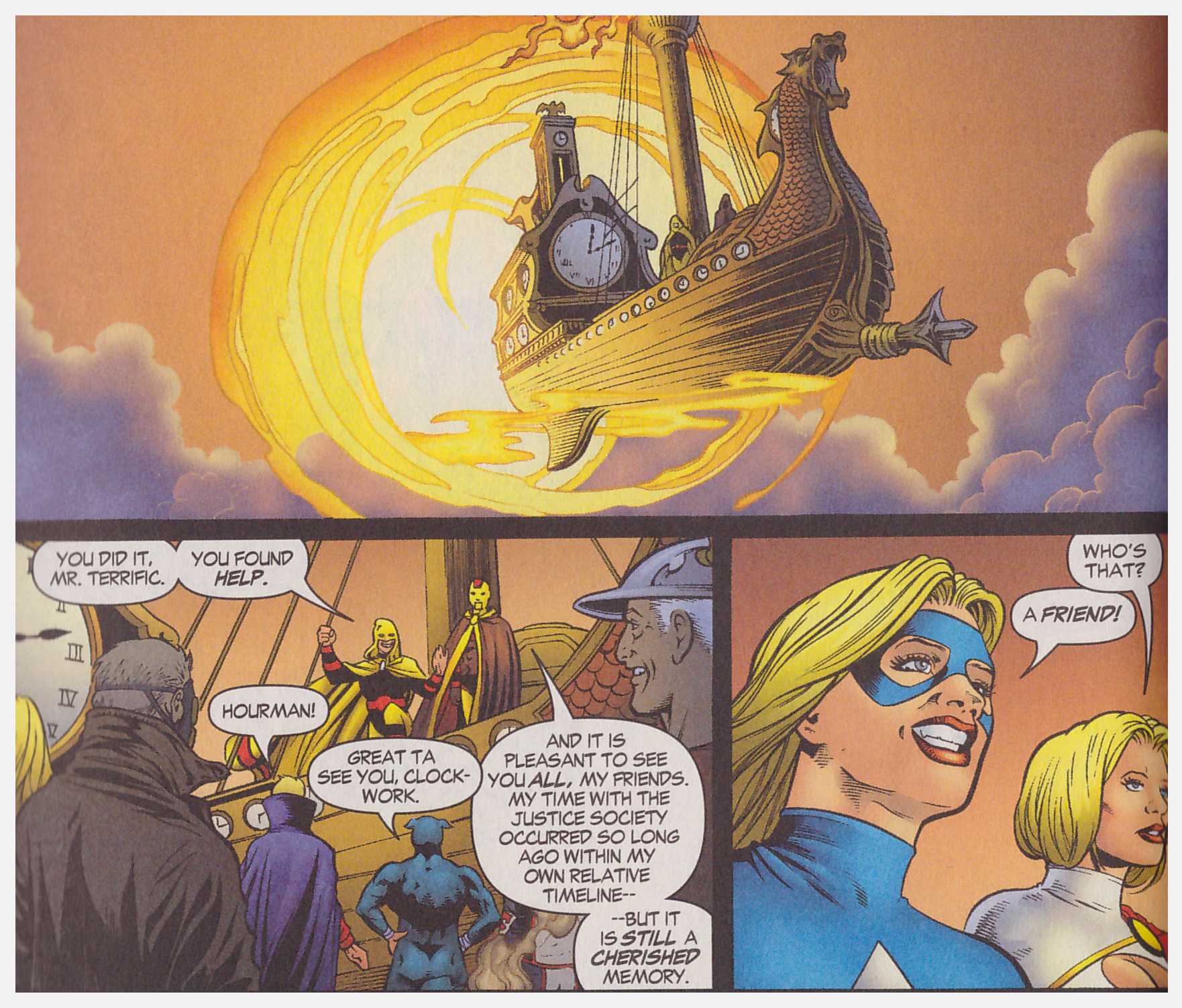 Lost contains three distinct and very different tales prefaced by a visit from Per Degaton, here aptly designated a time-travelling fascist. With time at his disposal he first visits individual members of the group, taunting them regarding the future while avoiding direct action. Drawn by Sean Phillips, it serves both as prelude and a clever method of slotting in a few character moments, including a good scene between Flash and Captain Marvel with later running commentary from Degaton. This, though, is more a prelude to the next volume Black Vengeance.

Faith is the key issue for the following sequence, the heart of which is a finely conceived conversation between scientists Dr Mid-Nite, who has religious beliefs, and Mr Terrific, who lacks them. It’s resolved in very satisfactory fashion amid a bigger story set around actions caused by the Spectre, a JSA member little seen to date. He’s renounced his celestial servitude, resulting in the souls he’s consigned to hell escaping to walk the Earth again, gleefully illustrated shambling along as at their moment of death by Don Kramer. As the Spectre specialised in divine retribution in old testament fashion, there are an awful lot of odious individuals once again at loose. In the meantime a demented 1940s Hourman, Rex Tyler, is back in the 21st century popping his Miraclo power boosting pills like there’s no tomorrow, as for him there may not be.

Sand has been missing since Princes of Darkness, and proves difficult to free from a trap of his own making in the weakest sequence. Not that it’s poor, it just suffers in comparison with Geoff Johns’ other work here. It’s deliberately pitched to vary the story content, and there’s neat explanation for a Sandman character from the 1970s. The more familiar 1990s Vertigo Sandman also drops in for a couple of oblique appearances, but is never named.

The best sequence is the complex series of events around three different heroes named Hourman. Rex Tyler has finally gathered the courage to reveal himself to his wife, Rick Tyler is dying suspended in space, and the android Hourman is in the future. It’s established that there are unalterable elements to time, and one of them is that at some stage Hourman must die battling Extant with other members of the JSA. With Jerry Ordway art, it’s excellently handled throughout with the suspense maintained until the end.

The final sequence is drawn by Dave Gibbons and ties into 2004’s Identity Crisis in pivotal fashion, but elements may not make sense to those not drawn in by the crossover. So, all in all another very satisfying JSA collection, but the following Black Vengeance is the series peak.